Introduction of Android Q Beta 3 for the Google Pixel family

The wait for the new Android Q Beta 3 for Google Pixel is over. The few headlining features which were announced by Google made the public aim for a new experience.

Just when you think Google has given us all, it kicks in with something new and extends the list of raving fans. Google announced the last phased update before the Beta 4, by releasing the Android Q beta 3 for Google Pixel family and now even including additional mobile devices than the Android Pie Beta. The update includes the final APIs and the official SDK.

Android Beta update is pretty much a refinement of Android Pie, features that were introduced were system-wide dark mode, notification bubbles, desktop mode, and many more. Android Q had its focus more on the user's experience and privacy rather than the UI updates and was limited to the Pixel family, but Android Q beta 3 is now available for the One Plus 6, One Plus 6t, Oppo Reno, Nokia 8.1, Xiaomi Mi 9, Xiaomi Mi Mix 3 5G, Vivo X27, Asus Zenfone 5z, Huawei Mate 20 Pro,Essential Phones, LG G8 ThinQ, Realme 3 Pro,Techno Spark 3 Pro, NEX A and NEX S. There are significant updates that are seen in Android Q beta 3. Let us see in detail, few of these updates that have been introduced.

The Dark Mode is Here

The dark mode is something that we saw and wanted and now is available in the beta three updates. This update was a known fact as this feature was something Google was working on for a while currently. This mode was able to cover every UI elements. And it also made the user's happy because they were expecting this system-level dark mode to launch in the Android phones. This is not the first time the system-wide dark mode was initiated, Google had introduced this feature back in 2015 during the Android marshmallow betas, but it was just a glimpse after which Android Nougat betas saw this feature again but eventually was removed. It was during Android Oreo, were a partial dark mode was introduces on several Google apps like YouTube, Messages, and more. Moreover, one can simply just toggle it on, and the UI will switch to a black background provided that the apps do support Dark Theme and Google has made sure that all of their apps to help the Dark Theme.

Google beta three updates have emphasized more on the privacy, security, and the digital factor. The company has also briefed about the Android Q as the first operating system to support 5G. Qualcomm and Google did hire android developers and built a team that worked together for the Android Q. Speaking for the privacy factor, it has given the users the control over when apps can get access to your location. It will still ask for permission but its the user's choice to allow for the details.

Android Q also restricts the app launch from the background, intercepting from an unexpected jumping into the foreground and taking over the focus. Not only this but Android Q allows to prevent the tracking by limiting access to non-resettable devices identifiers by including device IMEI, similar, and the serial numbers. The randomizing MAC address when the device is connected to different Wi-Fi networks is also a privacy setting provided in the Android Q.

Introducing the Parental Control and an Improved Digital Wellbeing

The introduction of a new 'parental control' feature will enable the parents to have a hold on the activities on their child's phone by setting up things like daily limits or even bedtime. It also has a feature called "bonus time" where the child can ask their parents for additional time with their phones.

The Digital Wellbeing was one of the most highlighted features that was introduced for Android Pie and was kind of a supporting, additional functionality that was helping the users to overcome smartphone addiction by tracking the usage time of the apps and discouraging the extensive use of the device. Android Q has a "focus mode" which will allow the user to temporarily disable certain distracting apps.

To support the system-level biometrics, Google has extended its BiometricPrompt authentication framework and has extended support for passive authentication methods like face. There are now two types of flow, explicit(which thinks for high-value transactions)and implicit(it thinks for the easily reversible transactions such as the sign in process). For the explicit flow, the users must perform an action to proceed, for example, tapping the finger to the fingerprint sensor. Whereas for the implicit flow, the users do not need any additional user action.

Android Q also supports TLS 1.3, which is the latest version of the transport layer security. For those who don't know, TLS 1.3 helps to securely send information over the internet and improving the security, privacy, and performance. Though it is not a massive deal as Chrome and Firefox is already using it, but in cases where apps don't rely on the browser, it makes it important to have it.

With the Android Q, Google has also got the Project Mainline feature, which will help in keeping the Android devices to remain up-to-date with all the code changes that are delivered via Google Play. This will enable the developers to update specific OS components without requiring a full system update. All the devices that have Android Q will be able to use Project Mainline.

Even though there are major changes with the introduction of Android Q beta, three other minor changes are also seen like notifying if some other user has accessed the location or a reminder for location usage. Other than this the built number is now shown on the bottom left corner of the expanded Quick Settings, and official AOSP support for 5g is also present. A new Thermal API will help the device to monitor the temperature and monitor it accordingly. There will also be native support for the AV1 video codec, which helps in lowering the file size without losing its quality. 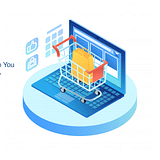