NEGATIVE MARKETING-A BLESSING IN DISGUISE OR A CURSE ? 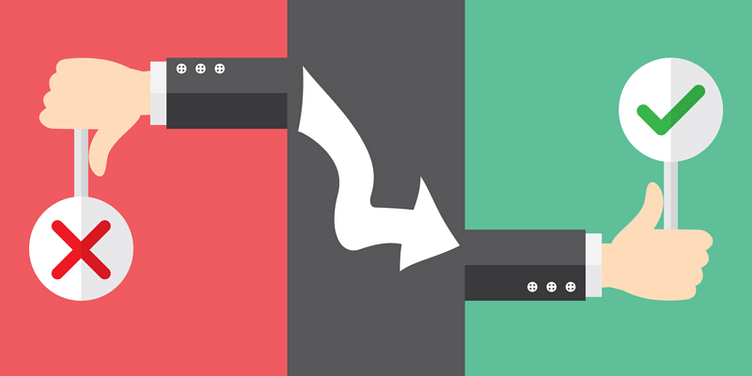 “Negative marketing”, once we hear these words the primary factor that strikes in our mind is talking negatively concerning one thing. Well, it may be partially right. Let’s now understand the term “Negative Marketing”. This type of marketing is used for promoting one's product, either by criticising self products or by criticising competitors. It is also known as “Guerrilla Marketing”. Most of us belonging to middle-level business won’t think about using this method, but as a curiosity to know whether one can or one should use this technique?

Negative Marketing is highly not recommended as it can backfire. It is the last possible thing to do as it is unethical to state ill about competitors. However, this has benefited a few companies like Samsung who made fun about the famous iPhone notch. So it can be stated companies with high capital can risk gambling.

The questions one needs to ask before planning Negative Marketing are:

Now let’s look at a few examples of companies, who have benefited and those who have lost.

They have always been in the ad-wars for a long time. The recent video by BMW titled “Free At Last” a tribute to retiring Mercedes-Benz CEO, Dieter Zetsche, representing how he picked up a rival company car after his retirement at the end of the video. So in the video, BMW tried to downplay Mercedes.

The Indian ban was lifted recently which resulted in a spike in downloads as well as users for the same. The ban resulted in increasing curiosity among non-users, which benefited the company after the ban was lifted.

When Maggi was banned in India owing to the objectionable level of lead content resulted in a huge loss for the company. After relaunching the sales are not as strong as before.

Negative marketing is a way to be in limelight either by controversy or by using negative titles for a free advertisement, let me term it as a word of mouth or in modern terms making them “VIRAL”.

Whenever a movie or a book is launched it is often surrounded by a controversy which helps in the indirect promotion of the same. When we speak about politics the one to most benefit is the current president Donald Trump, who smartly capitalized on the controversy that surrounded him about the Russians meddling in elections.

Now let us see some benefits of Negative Marketing:

Now let us see some drawback of Negative Marketing:

So to conclude, Negative Marketing is a blessing in disguise for capital sound industries, but a curse for the rest. However, it does not mean that being financially strong will always benefit, as it needs to be done wisely and smartly.