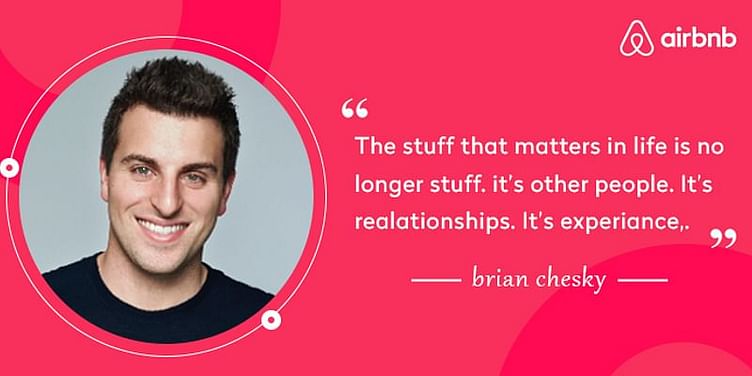 Founded a decade ago to provide a homelike local accommodation option for travelers, the vacation rental behemoth is today valued at $31 billion.

Fred Wilson a well-known venture capitalist who has invested in many web 2.0 companies had written a blog post early in 2011 repenting on not investing in one emerging startup. He considered that as his biggest mistake in his whole career. And that startup was Airbnb (airbed & breakfast at that time).

Founded in 2008 in San Francisco, after almost a decade, the company has declared to go public this year. During these 12 years, the company’s journey has been like roller coaster rides. Well, mostly it has been part of positive new stories and announcement of its new funding rounds.

Who would have thought at that time that two designer boys from New York would build this empire and lead the startup to become a unicorn company someday? The company has acquired 21 small to medium organizations until today to maintain its monopoly around the globe. Even, Airbnb has outmaneuvered many of its rivals of the hotel industry like Expedia, Booking.com, Trivago, and more by its sophisticated business model and efficient service.

The Journey of Airbnb

The founding story of Airbnb is one of the most inspiring stories in the 21st century.

The story goes back to California in late 2007. Designers named Joe Gebbia and Brian Chesky from New York came to San Francisco in the search of employment. There was a local designing exhibition held nearby. Hotels were full of guests and there were no accommodation facilities for housing the influx of hundreds of other visitors.

These two boys saw an opportunity and bought some air beds and made a website so that people could know about this kind of service. They promulgated a service called “Air Bed and breakfast” that provides cheap accommodation and breakfast in the morning to the guests. It was quite successful and they saw their initial users.

However, there was a problem with the website. It needed technical assistance and that’s how they met a Harvard software graduate Nathan Blecharcz.

Now they needed the proper website that could handle multiple users at the same time. And for that, they needed capital. Anyhow through bootstrapping these youngsters gathered around $20,000 to get the business going. They somehow managed to attract 600 users during the democratic party’s event that happened in Denver. But the money quickly ran out.

However, Chesky and Gebbia had another idea they thought could be helpful to earn some money to keep the business going. During the election period, they sold Obama’s O and Cap’n McCain’s themed cereals. That trick helped them to earn a whopping $30,000.

At that time, startups looking for financial support used to look at the Y Combinator. They used to run an incubation program for aspiring startups. That way Airbed & breakfast got their first seed round of $20,000 from the incubation program.

In January 2009, The three founders attended Ycombinator’s three-month training. At that time Paul Graham at Y Combinator tried to convince venture capitalist, Fred Wilson. Which I have mentioned at the starting of the story. He didn’t see Airbed & breakfast as the future alternative for the hotel. So he preferred to pass the deal.

During the time when paul graham tried to convince Wilson about this unique startup, these three youngsters were in NewYork. There were talking to users and tell them about the service. Through that campaign, the company got much needed traction. The shared spaces service pivoted to broader service and started to provide full accommodation. The website got changed and renamed to Airbnb. At that time, the company had 2500 listings and 10,000 plus registered users.

And then, what happened is history. The journey was not easy though, the company took two years to set and start running smoothly. After that Airbnb got multiple fundings from top venture capital firms. The company till now has raised a total of $5.8 Billion from multiple investors. The company's latest valuation is reported to be $35 Billion.

Here is the list of multiple investment rounds the company has passed through and its post-money valuation after each round.

As I mentioned earlier in the article, the company is expecting to go public this year. But seems like there are hurdles that would keep Airbnb waiting to go for initial public offering. As the world is passing through the Covid-19 outbreak, the travel and hospitality industry is passing through tough times. And Airbnb has got hit hard with it.

The company recently laid off its 1900 employees from all over the world due to the financial crisis. As people have to follow lockdowns and social distancing, the company’s revenue is going down. Of course, the situation is temporary but it certainly has affected the market value of the company.  By curtailing its workforce, Airbnb has done what most companies in the silicon valley are doing for the smooth running operations.

Also, Airbnb has changed its landing pages and added other services that could at least give the company a much-needed boost. The company has introduced services for extended stays. Moreover, the company now provides accommodation for COVID-19 responders who are serving COVID-19 patients day and night. People are following social distancing and lockdown advisories throughout the world, and to take advantage of that, Airbnb has introduced online experiences in which users can share and connect with each other through art and other things.