7 Secret Tips That Can Help You Create Compelling Animations 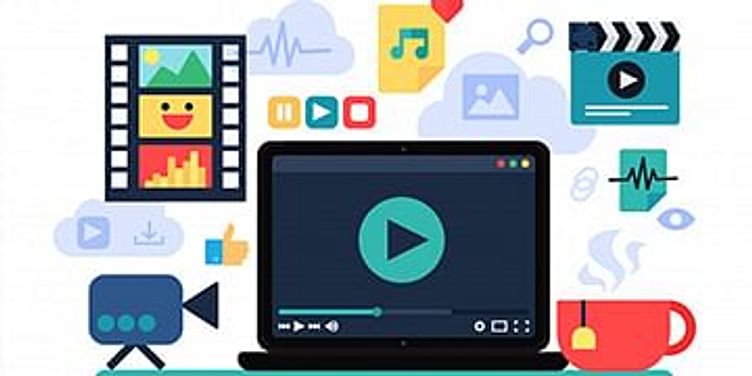 Check out the article to learn why animation holds an important place in today’s world and the secret tips for creating a stunning animation for your project.

Beginners usually have a common perception about animation that it is hard to learn. However, it is always not the case. It is easier if you first start with learning the basis, i.e., 2D animation and then move to 3D animation. If you start with 3D animation from the very beginning, then it is definitely going to be tough. To help you with your learning process, you can also find many tutorials and lessons available online. You can learn it own but if you are completely new to the domain, then going for a training session is a wiser choice to make.

To make your animations stand out, you do not always have to make it too dramatic or cartoonish. It can still gather the desired attention with something simple but unique. There is enough content regarding the future. So, it is better to work on a new theme rather than working on the same theme with a new content. The secret to making compelling animation is to bring your characters to life and make them express the story without even having to talk. Another important thing to keep in mind is that the story should be easy to understand even alone with motions.

Why is Animation important?

Since the early 1900s, animation has been used throughout the century for a wide range of purposes like entertainment, business, propaganda, education, and more. Over time, it has grown into a popular form of storytelling that has shaped the modern world. The reason why it became so important is because of its ability to tell stories and communicate the ideas or emotions in a way that can be easily perceived. A few other reasons which made it significant in today’s world are:

It helps in quickly conveying your messages or ideas to the potential targets. By incorporating animation with vibrant colors and characters, you can capture the attention of your audience within a single glance.

By creating animated videos for your products, you can easily influence the decision of your buyers to make a purchase. It will not only convert the viewers into customers but will also help in boosting your brand and marketing initiatives.

People can learn a lot of things from animation since it can be engaging and educating at the same time. Apart from that, it can be used in a number of creative and innovative ways so that educating your audience becomes much more comfortable and easier.

Since animations always carry an element of surprise, it will evoke an interest within the people to share it with their peers. The ease of sharing and likeliness will help your ideas reach people across a global level and create a lasting impression in their minds.

Animation can make your website more appealing and compel the buyers to stick around for a longer time. As a result, it will boost the rankings of your website in the search engines, which will bring more leads and sales for your business.

Animations are of various types, and each plays an important role in a different niche of the industry. Now, let us discuss the various types of animation that are commonly used in the world of business.

It allows businesses to create a number of sequential hand-drawn images. Later, these images can be combined together and screened for creating an illusion of motion. This animation is mainly used by advertising companies.

It is almost similar to the traditional type of animation. However, in 2D animation, the images used are created with the help of a computer, i.e., CGI. The pictures or characters generated in the 2D format are more precise and accurate.

The images and characters designed in a three-dimensional environment look more appealing and have a realistic feel. Various techniques and high-quality software are utilized to create this type of animation. It is a bit costly as compared to others.

It is a technique that is employed in animation to bring steady objects or characters to life on the screen. It is done by capturing the images in a sequential manner and placing the required objects in a certain position to create the illusion of movement.

Motion graphics is the perfect blend of text and pictures, which is used for creating the illusion of multiple motions. It is one of the best animations to use if you want to attract potential targets to your business websites. It is often used for multimedia projects.

The below tips will help you to create your own animation that is unique and appealing. It will also help in avoiding any confusion related to the process of creating animation and reduce your workload.

1. Use real life situations as inspiration

Animators are bound to use references while creating an animation. In that case, videos depicting real-life situations can be really useful. For example, if you wish to make a character animation, then consider how people actually walk, run, or do a particular activity. Try to imitate it as much as possible for bringing your animated character to life. Include subtle gestures or poses in your keyframes and enhance the motion for including it in your animation.

2. Use a basic model

If you go for a high-resolution model instead of using the basic one, then there is a high probability that it will slow down the animation process on your system. As a result, you won’t be able to see every frame while playing the animation in real-time. So, while working on the motion of a character, it is advisable to use a simple 3D model to avoid the problem.

3. Do not opt for motion capture

Motion capture is a technique in which the movement or actions of people and objects are recorded. However, it is best to use hands for creating motions for the character instead of using the technique. Creating motions by hand will help in adding a realistic feel to your characters that cannot be availed using motion capture.

4. Use the shark fin curve

While creating facial animation, try using the shark fin curve. It is mostly using for representing swift facial movements caused due to the motion of lips and eyebrows. Try to create the expressions using one or two frames. However, if there is a demand for the spacing, then it is also okay to go with three, but not more than that.

5. Maintain the flow of motions

While creating an animated character, be careful and try not to break the flow by using jerky motions. Try to maintain the same illusion throughout the video, as if the audience is watching a character having a life of its own. Maintain a seamless transition without any breaks and keep all the motions in the animation fluid. Check whether the animation flow is proper in every few seconds and make sure that the motion doesn’t look robot-like or jagged. If you seem to find anything with hitches, then remove it and start creating the motions again.

Muting dialogue is another trick that no one talks about while creating animation. Keep the audio on and listen to it again and again. Once you are finished with the animation, you can turn the audio on and carry out revisions. Another tip that is commonly used by professional animators is to pause the audio before the character changes its next pose.

Finally, when you are done with creating animation, make sure to ask feedback from your friends and colleagues. It will give you an idea about how good or bad your work is, areas where you need to improve, and what can be done further to make it engaging. Now, analyze the feedback before releasing your animation.

Creating good animation requires time, patience, and effort. Since it is a real-life caricature, you need to combine all your creativity with the expertise to land in an outstanding animation. However, if you do not have the skills, then you can take some time to learn it. If learning is just not your thing or you do not have the time to learn and create it, then it is better to outsource your needs to an animation service provider. There are a bunch of animation studios in the industry that offer a variety of animation services. Whether it is a 2D animation, 3D animation, flash animation, or anything else, you can rely on these companies to get it done for your projects within the desired time. They usually have a team of experienced animators and high-tech software in their arsenal that enables them to create professional-quality animations for any type of project.

How To Use Company Website For Building Public Relations

7 Steps To Build Your Own Airbnb Clone From Scratch