A study suggests a correlation between the online valuation of companies and their revenues. Interestingly enough, the most successful ones were not those with a five-star rating.

It's no secret that reviews play a role in the success or failure of companies. For example, Google uses reviews as ranking factors for local search.

However, there have been few studies on the relationship between such valuations and corporate earnings. Exactly this connection has now been investigated by the SaaS provider Womply . It looked at more than 200,000 small businesses across the US, across all states and across many industries, including restaurants, retailers, and more.

This resulted in the following findings:

Signing up for business listings on sites like Google My Business has increased revenue, according to the study: no surprise. Such entries increase the visibility of local searches, leading to more potential customers.

Answering reviews is also a good idea. Customers whose feedback is taken seriously, feel they are taken seriously and write a better service to that company.

What is interesting is the fact that it is not the companies with the best ratings who generate the most revenue. Those who move in the upper segment without reaching the top are the most successful, according to the study. But why are ratings between 3.5 and 4.5 stars more appealing to customers?

One possible explanation is that such reviews are perceived as more authentic. Smooth five-star ratings raise the suspicion that something could be wrong here. In addition, the level of the rating is also related to the number of ratings: Companies rated between 3.5 and 4.5 stars are usually more scores than those rated smoothly at 5 stars.

Even if no causalities are shown in this study, but only correlations, interesting approaches can be derived. For example, companies should sign up for sites like Google My Business and respond to reviews whenever possible. Just ratings below the 5 stars should be welcomed and seen as a possibility to make improvements. 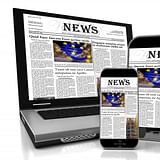