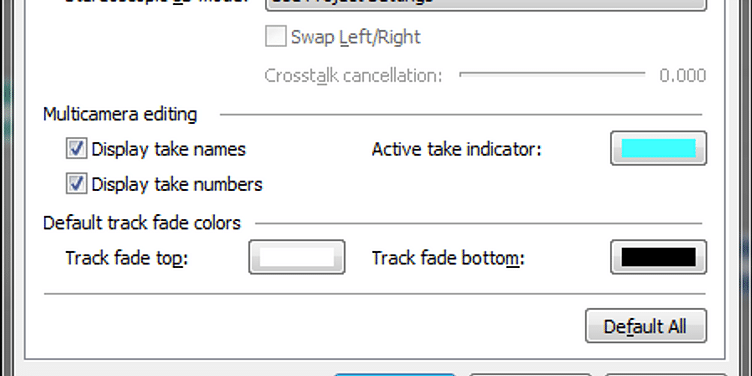 Sony Vegas lets you do so many creative things with your videos to make them look impeccably professional.

However, technical hiccups can happen anytime, even with pro tools like Vegas. Users often report problems in Vegas while importing, rendering, snapping, frame lag etc. This is irrespective of the version they are using. Be it Vegas 12, 14, 15, Pro or other, these problems are common.

If your PC meets the hardware demands of the editing software, then the Sony Vegas MP4 issue may be occurring due to unsupported codecs.

Install the K Lite Codec Pack. The pack contains the audio and video codecs for Windows. It helps to play the video formats, which your operating system doesn’t support.

If you don’t want to invest in K Lite Codec pack, install QuickTime Player on your system. This will also install MP4 codecs.

Note: If your MP4 videos are not playable in QuickTime or any other media player even after installing supporting codecs, chances are the video has turned corrupt. Get Stellar Repair for Video to repair such corrupt MP4 files.

Solution: Sony Vegas freezes or crashes while rendering is common. If your videos are large sized 4K HD 1080p, they can get stuck during rendering in Vegas Pro.

You can turn off GPU acceleration of your PC by following Control Panel> Display> Settings> Advanced> Troubleshoot. Next, move the Hardware Acceleration slider to ‘None’ and click Apply and OK. Close the dialog box and restart Windows.

If you are using Vegas Pro V10, open the render dialog box. Select the Custom tab. The Customs Settings-Sony AVC window opens. Under the Encode mode, select using CPU only. This should resolve the Vegas rendering problem.

Another way to check Vegas crash issue is by taking one file at a time from the timeline and rendering it. If it doesn't render take the next file out of timeline and try to render it. This way you can isolate the file that is causing the crash or freeze problem in Vegas.

Solution: There can be several reasons for the Vegas Pro or Vegas Movie Studio crashing while importing files or editing such as,

The solution lies in the cause of the problem. Install supporting codecs. Use the latest build version for Vegas Pro or Movie Studio as new builds fixes many bugs. Go to Help or About to know which build version is currently installed on your system.

Also, delete and reinstall plugins, if any, from reliable source.

Solution: Playback lag in the Preview window causing video stuttering is another most common complaint. The issue usually pops up when your PC has insufficient memory or Preview setting is at higher side.

Adjust Preview to ‘Auto’ rather ‘best’. The Preview Window setting is temporary while you edit, thus it won’t affect your final video quality.

You can also try creating Video Proxies under Project Media in Vegas Pro 13. Proxy videos are easier to play, edit, and preview without lag. When using this feature, set the Preview Window to Draft, so that Vegas play only the proxies versions.

Solution: Often users experience frame freeze or frame lag (skip frames) problem when viewing videos in Sony Vegas Pro. If your PC hardware is Vegas Pro compatible, then the frames rate problem could be due to wrong settings or unsupported codecs.

Either convert your video to supporting format or install the K Lite Codec Pack, which contains all the audio and video codecs for Windows.

You can also use Handbrake, which is popular among Vegas community to convert your recordings to constant frame rate. Encoding videos using HandBrake can help you to get files in smaller size and thus better quality.

Vegas Pro gives a performance boost to your videos. However, the video editing software can often be unwieldy, disturbing your smooth video editing process.

Remember, editing software like Vegas Pro are hardware-demanding tools. You need an exclusively fast speed computer, GPU and high RAM. If your system doesn’t meet these requirements, video lag, stuttering, preview issues etc., are bound to occur. Thus, in first place optimise your computer for Vegas. This resolves most of the Sony Vegas Pro problems.

While to fix specific Vegas issues related to rendering, preview or frame rate etc., try the above given solutions.