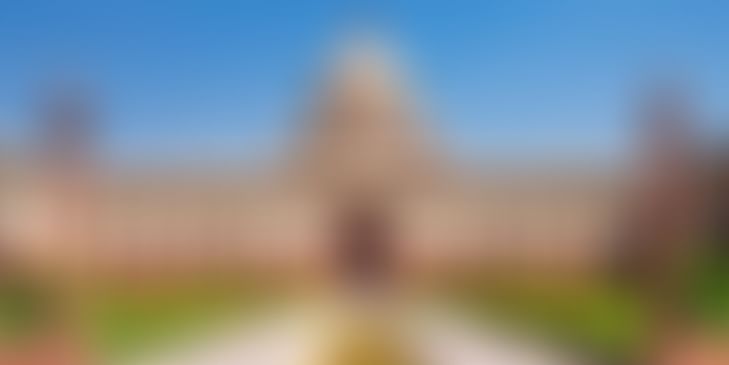 Over the past few years, India’s policy discourse has been plagued by hyperbole, populism and political attacks that lacked evidence based discussions. The emergence of such a phenomenon has limited the scope of well-informed debates leading to a big gap between where we should be intellectually as a nation and our current state of affairs. The problem lies in identifying the right areas of focus for thought leaders, policy stakeholders and the general public. If the energies of people are spent on defending and attacking political ideologies, then the overall intellectual ecosystem of the country suffers greatly. The effects of this problem will not be felt today, but in the coming times when subsequent generations may feel a lack of maturity and vision to take the nation forward, primarily owing to an overdose of political hyperbole. I initiated the idea of The Dialogue with this frustration in mind. It further developed with the growing uneasiness of politicisation of Indian media. Why aren't issues like energy security making the headlines? Or debates around India’s water challenges? You’ll seldom find 9 o'clock news covering privacy unless a scandal happens, or a talk show discussing farmer distress unless millions march to the Parliament. Why is it that our mainstream debates lack attention to development issues? Blaming the political parties would be the easy way out, but media and policy stakeholders must also share the blame.

The year 2015 and onwards witnessed a massive push for startups in India. From the Prime Minister of India to friends in Bangalore, everyone was talking about it. People in my network and circle of friends tried their hand at entrepreneurship. Start-up' was the buzzword at every social and professional gathering. If you were not doing a start-up, in a way you were an outcast!

The energy was extremely infectious and in many ways influenced me to ponder over the idea of starting something from scratch. However, since my interests lay in public-policy, the best possible option ahead of me was to initiate a think-tank, try to bring in a new wave of intellectual discourse and with that inform the public on issues that matter. The challenge of incubation was great and it took us significant time to develop a working team, bring an advisory team together and launch the platform.

The uniqueness of our service rested on evidence based discourse, ability to bring diverse stakeholders together, creating a platform for idea-oriented discussions and a proper channel of communication with the government on policy, with the long term objective of driving progressive discourses.

A key question we had to face was whether the market had space for such an organisation. While the USA has close to 2,000 such registered organisations, a large number of them focused in Washington DC, India today sits at number four, just behind China and the UK. With the fastest growing major economy tag, rising aspirations of the youth and the potential to be a world leader, the demand for progressive, constructive think-tanks will only grow in the coming years and decades.

In our country, narratives are shaped by public opinion, that are often driven by popular perception. Over the years, this trend has evolved in such a way that narratives have become binary in nature. You're either left or centre or right of centre. You’re either with us or against us. There is very limited opportunity to be with us, yet be able to criticise. This is the space The Dialogue, as an evidence based think-tank, aspires to capture and drive forward.

We, as an organization, believe that any important  discourse must be well presented to the public to form their opinions. In a democracy, the power rests with people and with that power, comes the responsibility to make the right decisions. The right to choose is a basic human right, and so, the right to choose wisely must be imbibed as a cultural practice in India. But who informs these choices? Is it going to be the media, facing its own existential crisis due to the rise of misinformation? The spiral of misinformation and the perception regarding it is so strong that people have normalized it to a great extent. This normalization has also engulfed rhetorical arguments. So when you hear an anchor shouting on top of his voice, selectively debating his point of view and taking a strong affirmation to a particular political ideology, you're not surprised with this audacity anymore. Because you have become so used rhetorical debates that the difference between facts and fiction has blurred.

In a complex polity with a strong set of diverse opinions, India has the potential to shape the global political discourse, riding on the value proposition of strong cultural ethos and the spirit of unity in diversity. But a rich heritage alone is not enough to ride the global intellectual revolution. The people of India have to come together, assimilate the spirit of progressiveness by letting go off rhetoric and questioning with reason the 'hows' and 'whys' of our governance and polity. The role of think-tanks to cater to this New India is pivotal by driving evidence based discourses and subsequently informing the media and other stakeholders in our poetical ecosystem. We hope that with our impact we will be able to contribute to this nation building process.