Will Artificial Intelligence Bring An End To The Gender Pay Gap? 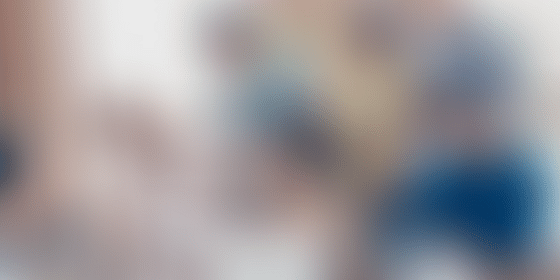 The gender pay gap has always been a topic of debate but never has it ever been able to bring the much-required change in the system. Time and again, feminists have raised their voices against such inequalities. Infact, they have been very right in stating that the women are sharing responsibilities equally then why not authority? Besides, many compensation guidelines and policies have also been articulated by the government but little did all of that benefit.

However, Artificial Intelligence (AI) in HR software may slither the gap occurring in pay because of gender. Otherwise, the rate at which the global economy is embracing the removal of the gender pay gap can take the next 202 years to hit the equilibrium.

In this blog, I will take you through the ways in which AI can be the most practical method to remove the gender pay gap.

Most of the working professionals in India believe that the gender pay gap is deeply rooted in workplaces. Infact, according to a government report released in 2018, despite the same qualifications women get paid 30% less than men. Although, the government has passed acts like the Equal Remuneration Act of 1976. Besides, the constitution of India also contains many articles like Article 39(d), Article 14. and Article 51 (A)(e) etc.

So, use a robust HR software to promote pay equality at your workplace. For instance, you can measure trends and foresee the performance metrics by using the statistics related to education, experience, internships, jobs sparing the gender.  The results shown will help you in staying far away from being gender biased while analyzing the candidates or considering the employees for appraisal. More than emotion, it will become a matter of stats, formula and data.

You can make compensation transparent with reporting- Payment reporting. As already mentioned, employees, especially females are of the opinion that there is a gender pay gap at their workplaces. An online survey conducted by Paycheck revealed that marital status of a woman also affects her pay. The single woman’s face 27% pay gap, married and divorced- a bit more than 40%, and widows-even more than 60%.

Nonetheless, your policy to not reveal the salary is barely followed. The colleagues anyway discuss their salaries. They are transparent with their colleagues in this context. When you have not defined your compensation strategy this leads to bedlam and bavardage. Hence, it is far better to make the same transparent yourself. By this, we mean that you should increase visibility. Every employee should know how the AI based HR software you use and the compensation strategy you have made is just and fair for all. This will make the employees loyal than ever, and thus productivity and retention will soar.

The workforce in the current scenario comprises of many generations. It depends on person to person what he wants his compensation package to be like. However, owing to the disparity in values due to gender and many other factors, the wishes are never met.

In order to be able to align the desires of various groups, AI can help by doing some predictive analysis. It can tell you if you should allow flex work hours, work from home to women or focus more on increasing their salaries or giving them incentives. As per Werk, 70% of women would have stayed in their previous companies if they were offered more flexibility.

The aforementioned ways to use AI based HR software coupled with changes in your compensation strategy and work policies will definitely help you eliminate the gender pay gap.

I have shared our little practical ways to end the bias and attain the equilibrium. Do share yours in the comment section below.