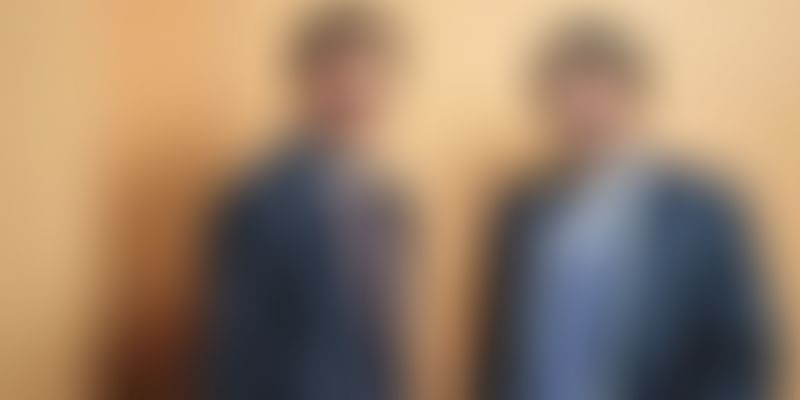 Amrut Distilleries, founded in 1948 by the late Radhakrishna Jagdale, was built into a globally-renowned liquor company by the late Neelakanta Rao Jagdale. Now, the third generation of the family is taking its malt whisky brand to greater heights globally.

It is May 2019, a small Indian whisky manufacturer, dwarfed next to contending global liquor giants like Pernod Ricard and Diageo, is eagerly awaiting the jury’s decision at the Bartender’s Whisky Awards in San Francisco.

To the world’s surprise, the Indian brand wins a gold medal that fetes it as the‘World Whisky Producer of the Year’. It is a moment to celebrate for Amrut Distilleries and the two men who currently run the business—Rakshit Jagdale and Vikram Nikam.

Just 15 years ago, the Scots had been highly skeptical about the arrival of a whisky brand from India. So, for Amrut, it was a reward richly deserved. Unfortunately, the celebrations were dampened as Rakshit had lost his father, Neelakanta Rao Jagdale, a fortnight before the ceremony.

Neelakanta Rao Jagdale was the man who had spearheaded the company for 43 years. He had almost single handedly converted a small liquor business, founded in 1948 (situated on Mysore Road in Bengaluru), into a globally sought-after whisky company by 2009.

“We learnt a lot from my father. It was discipline along with constant and carefully planned experimentation with products that led the Amrut brand to become a popular name,” says Rakshit, who is now the Managing Director of Amrut Distilleries.

United Spirits may be the largest liquor company in India. But, the big names apart, there is a rich tradition of distilleries and family-owned liquor companies that still hold sway over the Indian alcohol industry.

One of those family-owned business is the N R Jagdale Group. Tracing its beginnings to 1948, the group consciously fought against the common labelling of those times as local satraps and powerful barons who lobbied with politicians and funded elections.

During the first 30 years, the company was supplying liquor to the Indian military, but, it was Neelakanta Rao Jagdale who changed the fortunes of the company. By the 80s, the brand was known for its IMFL brand MaQintosh and SilverCup brandy.

In 2001, Neelakanta Rao and his son Rakshit along with Vikram Nikam, the team behind Amrut, gave Indian craftsmanship a whole new identity, growing it into a brand that came into its own just like global Japanese and American whisky brands.

But that journey was not easy as Indian whisky was never respected by the Scots, known the world over for their whisky distilling skills. The Europeans called Indian whisky as Indian Made Foreign Liquor and never allowed Indian brands to be called whisky.

The reason being that Scotch whisky is made from malted grain and it matures in casks over time (five years), and in India, the whisky is made from molasses and matures faster and is ready for consumption immediately after distillation. Hence, Indian whisky never got recognition globally.

Neelakanta Rao decided that something must be done to put Indian whisky on the world map, and in 2001, he decided to create a homemade malt-based whisky that could go global.

In 2001, Rakshit had moved to Newcastle, UK, to pursue his graduation. There, he began to study the local market and the type of whiskies that people consumed. Meanwhile, Neelakanta Rao, who had this uncanny knack for experimenting with success, was working towards creating a new malt grain-based whisky, something that could take the world by surprise with its Indianess.

With the mind of a scientist, he began to mature whisky and derive different expressions of it, sometime concentrating floral notes and sometimes peaty ones in the malt. All this experimentation happened at his hill station home in Ooty, Tamil Nadu.

Neelakanta Rao bottled these expressions in miniature bottles and sent a few samples to his son Rakshit, who was then working on a project report exploring the possibility of market space for Indian whisky. Rakshit visited over 100 Indian and British restaurants in the UK to understand the scope for a market. He recalls,

“Most of them thought it was a farce and dared to ask if Indian whiskies could ever venture in to the global market.”

In 2002, father and son, along with Vikram and the senior management, experimented with their homegrown whisky, giving UK residents a taste without revealing the place of its origin. Candidly observing the patrons of this restaurant that they were experimenting in, the Amrut team was pleasantly surprised when their product gained acceptance.

The Amrut Single Malt whisky brand had its official launch in 2004 at a restaurant in Glasgow called the Indian Café.

“I remember at that time we had to do the branding for the whisky and were eagerly waiting to find out if it would get accepted or not,’’ says Vikram, who is the Joint Managing Director of Amrut Distilleries.

A few hiccups and soaring success

After receiving the validation though, the going was slow between 2004 and 2006. Though sales in the UK were good, the numbers were not making up for the investment. The demand was about 1600 cases cumulatively over a period of five years.  The group had invested Rs 3 crore on this project and it was not taking off as expected.

However, Neelakanta Rao decided to give it time. He believed in the power of the community, and kept financing it believing in the strength of the product and because he knew the whisky had a fit.

“It was around 2006, when Rakshit and I were taking a stroll in London with my father-in-law, Neelakanta Rao, that we stumbled upon a statue of M K Gandhi. At the time, we knew the brand was going through a difficult patch and we were funding it from our Indian business. My father-in-law told us one thing: never give up what you believe in and go after it till you succeed,” says Vikram.

The brand’s fortunes changed in 2010 when it was voted as the world’s third-most popular whisky brand by Jim Murray, the world’s whisky guru.

The demand for the whisky, after Jim’s reviews, went from an annual 1600 cases globally to 5000 cases in 2010. Now, the company clocks sales of close to 70,000 cases of its malt whisky and is looking to slowly double it within the next three years. The most popular in the range of expressions at the time was Amrut Fusion, which has a oaky, rich, and fruity palette.

Overall, the group manufactures 5 million cases of all its brands per year and wants to get to 20 million cases in the next decade. Today, the brand exports to 45 countries, including USA and UK, and has launched a variety of malted whisky expressions for the Indian market under the brand of Amrut Amalgam.

The growth curve of Amrut Distilleries defines, among other things, what small Indian businesses can achieve if they focus on R&D. Rakshit and Vikram have been running the business with a future-forward outlook.

Today, in India, the brand runs its business very well with its house brands like MaQintosh, Bejois, OldPort, Blue Star, and Muscovy.

The company does Rs 330 crore of turnover, with Rs 30 crore coming from the export of Amrut’s whiskies alone.

The roadmap to the future

When you visit Amrut’s factory, located on the fringes of Bengaluru on the way to Mysuru, there is an old annex where you are taken back in time. The architecture reminds one of the 70s and retains a duly-lit and minimalistic design. It is functional and not swanky like any of the modern-day factories.

The new annex is nothing but a recently introduced distillery with pot stills, where heaps of barley are distilled into canters of whisky that is then stored in casks for maturation. Unlike the weather in Scotland, Indian conditions accelerate the maturing of the whisky, which can be bottled in three years’ time.

The single-malt line currently houses close to 10000 barrels, each neatly labeled to indicate when it is to be tapped. The supply of the whisky is limited and there is a lot of demand in the market. Says Rakshit,

“The single-malt whisky is premium and exported. The Amrut Fusion range is the popular one in India. But, to meet the increased demand in the Indian market, we have released the Amrut Amalgam range. We have also released two indies rum and the MaQintosh premium whisky, which is malt and blended whisky.’’

Vikram points out that their manufacturing set-up is capital-intensive business and that they are currently focussing on expanding across India. “We are in 20 states today. We are traditionally strong in the south, but, we are going to increase our presence in the northern States,’’ he adds.

Sitting in their corporate office, located next to the Kanteerva football stadium in Bengaluru, Rakshit recollects how his late father guided them in building businesses that last.

"We get several global PE companies wanting to invest with us. But, if you can build a business and an institution without external private capital, there is nothing like it. Most of our employees stay with us for life and have built a valuable global brand. We intend to grow with our internal accruals and keep the spirit of our 70-year-old cumulative learnings intact,” he says.

Amrut Distilleries stands as proud testimony to the fact that it takes small steps to think big through every generation of a business. Building a business that will stand the test of time is not just about the money, but about creating great products too. The consequence of that approach would be wealth. These lived experiences of Amrut would serve as valuable lessons for every company out there.

Started in Mirzapur in 1920, this homegrown business is now one of India’s leading carpet and rug makers