Budget 2019: Everything you need to know about new schemes for MSMEs 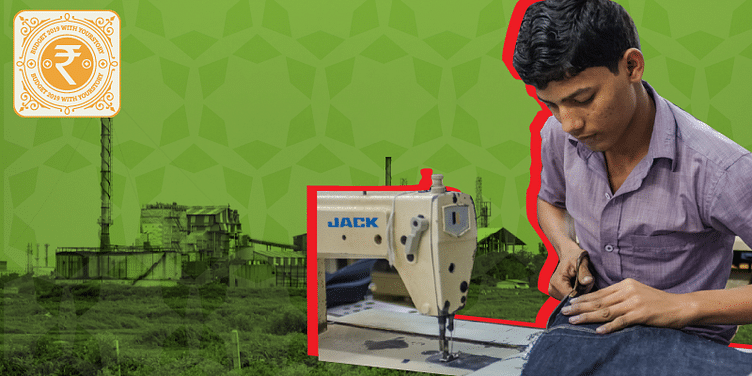 Finance Minister Nirmala Sitharaman today presented the Budget 2019 in Parliament and announced a retail pension benefit scheme for three crore MSME shopkeepers with annual turnover less than Rs 1.5 crore. This will be under the Pradhan Mantri Karam Yogi Man Dhan Scheme, she added.

Nirmala Sitharaman announced Rs 350 crore has been allocated for two percent interest subvention for GST-registered MSMEs on fresh or incremental loans. The Finance minister also recapped the scheme through which GST-registered MSMEs can avail loans of upto Rs 1 crore in 59 minutes.

She said the Budget 2019 also proposes the creation of a payment platform for MSMEs to enable filing of bills and payment on the platform.

The minister also said all companies having annual turnover of up to Rs 400 crore will now be under the corporate tax bracket of 25 percent. "This will cover 99.3 percent of all Indian companies," Sitharaman said.

And taxpayers with an annual turnover of less than Rs 5 crore will now have to file only quarterly returns, Sitharaman added.

Further, the Budget also made proposals under indirect taxes to promote Make in India, that may benefit the MSME sector. To provide domestic industry a level-playing field, basic customs duty is being increased on cashew kernels, PVC, vinyl flooring, tiles, metal fitting, mountings for furniture, automobile parts, and more.

The minister then announced the government will follow a cluster-based approach to make traditional industries, especially bamboo, khadi and honey, more competitive.

She went on to describe the Scheme of Fund for Regeneration of Traditional Industries (SFURTI) through which 100 new clusters for traditional industries will be created in 2019-20.

"This will allow 50,000 artisans to join the economic value chain," she said.

"The aim is to develop and train 75,000 skilled entrepreneurs in agro-rural industries," the minister said.

The Budget 2019 then proposed a mission for integrating traditional artisans and their products with global markets. In this context, Sitharaman said, "Patents and geographical indications will be obtained for them where necessary."

Speaking about the Stand-Up India scheme which facilitates bank loans to Scheduled Caste (SC), Scheduled Tribes (ST) and women borrowers, she said that in two years, over 300 entrepreneurs have emerged as part of it. Thus, she said the scheme will continue from 2020 till 2025 -the entire period coinciding with the 15th Finance Commission.

And to further encourage women entrepreneurship, the Budget 2019 proposed that the Women SHG (Self Help Group) Subvention Programme will be expanded to all districts in India.

"One women in every SHG will be made eligible for a loan of Rs 1 lakh under the MUDRA scheme," she added.

Further, according to the Budget 2019, every verified woman SHG member having a Jan Dhan account will be allowed an overdraft of Rs 5,000.

The Budget 2019 proposed that Public Sector Banks (PSBs) will be provided Rs 70,000 crore to boost capital and improve credit. "PSBs will use technology enabling customers of one PSB to access service across all public banks," Sitharaman said.

The Budget 2019 then proposed that for purchase of high-rated pooled assets of financially-sound NBFCs amounting to Rs 1 lakh crore rupees, a one-time six-month partial credit guarantee will be given to PSBs.

Not all of the MSME schemes announced in the Budget 2019 are new. In November last year, Prime Minister Narendra Modi had unveiled several initiatives to enhance credit access and boost employment for the MSMEs, including the 59-minute loan scheme and the two percent interest subvention.

And when the Interim Budget was presented by then-Finance Minister Piyush Goyal in February 2019, he had recapped most of these measures.

Click here to read what MSMEs expected from the Budget 2019.

Let us know in the comments your reaction to Budget 2019's proposals for MSMEs and small businesses.

From selling canola oil outside gurudwaras to raking in Rs 165 Cr in turnover last year: the story of Jivo Wellness