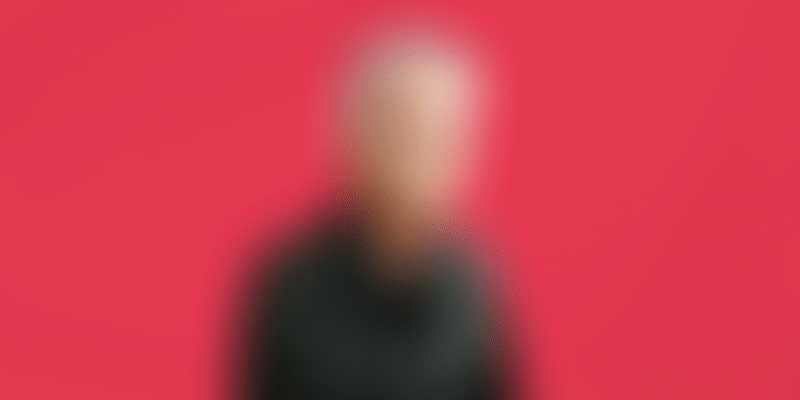 Delhi-based HolyLand Marketing was launched in 1995 by Vijay Kumar Budhraja. It is a manufacturer and seller of canned fruits and vegetables. The business recorded a little over Rs 238 crore turnover in FY20.

Vijay Kumar Budhraja belongs to a family of business people.

After completing his MBA from Faculty of Management Studies, University of Delhi, Vijay decided to work with a few companies, including Spencers Retail and Pradeshik Cooperative Dairy Federation Limited to gain insights into the consumer products industry. However, in the long run, he could only see himself running his own business, and decided to dive into this segment.

In 1995, Vijay launched his own company, HolyLand Marketing, in Delhi with a paid-up capital of Rs 2.5 crore. Today, Vijay's sons — Harith and Kapil Budhraja — and his daughter-in-law, Shippy Sharma Budhraja (Harith's wife) are the directors of the company.

In the initial years, HolyLand Marketing was only involved in the trading of canned fruits and vegetables. The brand dealt with companies operating in the HoReCa (hotels, restaurants, and cafes) segment. Vijay says he gradually started understanding the business and got into manufacturing.

“When we were into trading, we saw that manufacturers were sourcing raw materials from the local mandis,” he tells SMBStory, adding that the process of bringing fruits and vegetables from the regions where they were grown to the mandis would often lead to huge wastage.

To tackle this, Vijay established a strong distributor network which was directly connected to the farmers. This meant travelling the length and breadth of the country – from Jammu and Kashmir to Tamil Nadu.

In addition, the company would also process fruits and vegetables. He says, “This not only locks their value but also ensures they are available throughout the year – even in the off-season when the demand is high. This supports pricing for farmers during glut and ensures right pricing for the final consumers.”

The company also set up a manufacturing plant in Ghaziabad for processing the products, and another in Alipur for packaging them. Today, it sources raw materials from different parts of the country. For instance, pineapples, lychees and cherries are sourced from Sirsi, Muzaffarnagar and Kashmir, respectively.

Setting up their own manufacturing facilities helped the company diversify. Today, it offers over 250 SKUs across 130 categories of canned fruits and vegetables, pasta, sauces, pickles, herbs and spices, jams, bakery products, etc. All products are sold under the trademark of Golden Crown.

“I realised that customers are looking for a basket of products. We have always aimed to become a one-stop solution in the ready-to-eat and canned space for the end-user,” he says.

Vijay says the company has also managed to integrate its supply chain from the food producer to the end-consumer to ensure that timely delivery takes place with the least amount of food wastage.

While there are multiple means of communication available today, that was not the case in the mid-1990s when the company came into existence. Vijay says that it was hard to build and maintain relationships with external parties involved with the business. He would travel extensively in order to establish dealership networks.

The result is that today, HolyLand has over 1,000 dealers across the country, including those from remote and far-away corners such as Ladakh and Siliguri.

The B2B vertical accounts for 75 percent of the company’s revenues, whereas the remaining portion is B2C.

HolyLand’s clients include small and medium chains in the HoReCa space, as well as five-star hotels such as Hyatt, Oberoi, and several others. Usually, customers reach out through the dealer network, but in some cases, HolyLand directly deals with the food chains.

The canned fruits and vegetables market has a huge opportunity in India, says Vijay, adding, “The US processes 60 percent of its produce, however, India processes only 4-6 percent which leads to huge post-harvest losses.” Moreover, these canned items are pre-washed, peeled and chopped in advance, which helps in saving time for the consumers. Several brands operating in this space include KEYA, Kraft Heinz, Seneca, Del Monte, Green Giant, Napolina, and Nature’s Finest.

According to Global Market Insights, the processed fruits and vegetable market was pegged at $260 billion, and is estimated to grow at a CAGR of 7 percent between 2020 and 2026.

HolyLand clocked a little over Rs 238 crore turnover in FY20. The company claims to have been recording 14 percent growth in the turnover over the last five years.

Traditionally an offline business, HolyLand has come a long way in terms of adopting digital means. The company has, over the years, implemented ERP systems, launched its website- Eazysupplies.com – for its customers. The company is also listed on platforms such as Big Basket, Milk Basket, and Paytm.

Vijay says that his team is also working on widening its presence on social media channels such as Facebook and Instagram. He also points out that COVID-19 came as an opportunity for them to completely shift online during the pandemic-led lockdown period. Even the company’s audits happen through video conferencing.

Vijay says that though the company faced losses in the first and second quarter of 2020, the business picked up in the third quarter.

The pandemic caused a slump as the HoReCa segment was one of the worst affected but the company managed to close the last fiscal at Rs 175 crore turnover. It also introduced new products like amla candy, murabba, corn flakes, and oats this year.

Vijay also has plans to penetrate deeper into the European markets in the coming months. It also plans to increase its production capabilities and raise funds (through social impact funds) this year.

At 23, he started his business in a kindergarten centre. Now he runs a Rs 160 Cr turnover company