Several snack brands are competing with small-time and unorganised snack makers to catch the attention of the consumer and gain more market share. Besides the top players, here are 5 Indian snack brands you should know about:

The neighbourhood kiranas and small convenience stores are characterised by piles of colourful packets of chips and snacks, which dominate the local F&B industry.

According to a report by GrantThornton-CII, modern retail (selling through supermarkets and hypermarkets) still has a long way to go.

In kiranas and convenience stores, several snack brands compete with unorganised snack makers to catch the attention of the consumer.

Currently, American corporation PepsiCo, which owns Lays and Kurkure, and the indigenous Haldirams dominate the market share in India’s organised snack market. Balaji Wafers and ITC’s Bingo chips are the other market leaders.

But there are several smaller local manufacturers and SMBs that are making a mark in the sector, and capturing Indian taste buds with their snacks.

SMBStory lists 5 Indian snack companies and brands you should know about:

Prataap Snacks is an Indore-based snack manufacturer that produces the Yellow Diamond brand of chips. Between April 2019 and December 2019, Prataap Snacks reported a total revenue of Rs 1,079.6 crore.

The company is large now, but it started with humble beginnings. Entrepreneur Amit Kumat hit upon the idea to replicate the success of Peppy Cheese Balls. He realised that Indore was an under-penetrated market for snacks, and he could retail his own version of cheese balls in northern and western India.

The logistics seemed available in Indore. With this idea in mind, Amit and his brother, Apoorva, approached a friend, Arvind Mehta, in 2002. They asked him to invest Rs 15 lakh so they could start a snacks company.

“We promised Arvind we would return the money if the venture did not work out. He agreed. In 2003, all three of us began functioning out of a tiny, 100 square feet office in Indore’s Navlakha locality. Our brand was then called Prakash Snacks, and we retailed cheese balls,” Amit says.

Large brands such as Lays, Kurkure, Uncle Chips, etc., are leading the drive towards organising the snack market, especially in Tier I and Tier II cities, where the residents’ income is growing.

Expedite Foods and Puzzle wants to make the most of India’s six lakh villages. To appeal to these low-cost markets, Puzzle sells snacks such as salted peanuts, samosas, fried pasta, papads, and more, in packets costing Rs 5 each.

“Our entire distribution model is around the villages and tehsils (districts). This shows our distribution prowess and becomes a key differentiator,” says Abhinav.

Whistle Snacks makes low-calorie snacks from makhana, amaranth (rajgira) puffs, and the traditional chana jor. Makhanas are lotus seeds, which are edible after they are processed and roasted. They are highly nutritious, light, and make for a great snack.

Started by Heena Karia Thakkar, Whistle Snacks employs a team of eight women who run all operations - from processing to packaging. Whistle's products are present in over 300 stores in Mumbai and in 10 countries.

As a food brand, having an all-women factory is not enough to sell your products. So, Whistle has another USP: its range of under-100-calorie snacks.

“This range of low calorie snacks is a first-of-its-kind concept in the Indian snacking market. We make it easier for people to count the calories in their snacks. Giving back to our community by improving lifestyles is something we are very passionate about as a company,” Heena says.

“Grocery stores are full of unhealthy snacks such as fried chips. It’s frustrating to find delicious and healthy food options,” she adds.

Rohit Pugalia and his wife Purvi started on their entrepreneurial journey in 2015 by supplying fresh fruit salads and juices to people located around the Malad area in Mumbai.

Back then, delivery platforms were few and far in between, so the duo tied up with platforms like Tiny Owl and Holachef to get the deliveries done.

Though it was a small start and they did not expect much, they were surprised by the demand. The couple then launched Soch Foods in May 2016, as they knew they needed to go after something bigger than salads and juices.

Rohit says, “Fresh fruit salad and juices were a start, but we knew we cannot grow with this. We all crave for our crunchy evening snacks or something yummy during the day because our taste buds refuse to compromise for health.”

This sparked the beginning of granola-based snacks brand Munchilicious. At present, the company has products placed in around 200 stores spread across Mumbai, Bengaluru, Chennai, Kolkata, and Delhi. The company rakes in Rs 25 crore annual turnover.

“The Indian taste buds want something desi to munch on, but finding a healthy option is difficult. People do not like to have a granola bar or ragi biscuits with their tea. So, here we are to cater to their taste buds with satisfactory and tasty low-carb snacks,” he says.

Sudarshan says the ingredients used in the products are different from other manufacturing brands, and in order to maintain transparency, he publishes his list of ingredients in various media portals regularly.

He also claims that his brand has unique formulations that have been developed after months of R&D, which makes it one of the tastiest low-carb health products in the market.

Started as a bootstrapped company with a capital of approximately Rs 40 lakh, the company’s manufacturing unit is in HSR Layout, Bengaluru. In August 2019, it announced it raised $500,000 in seed funding from a clutch of well-known angels from financial and FMCG verticals. 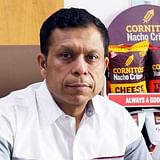 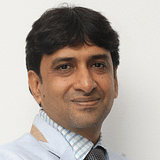 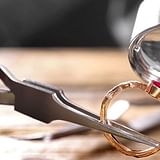 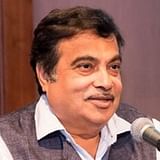 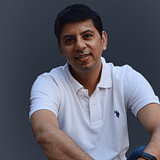 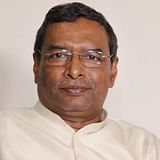 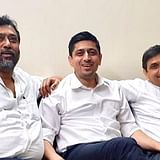