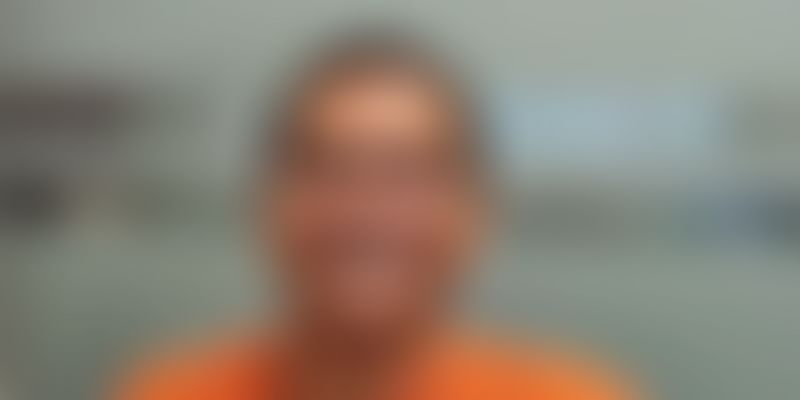 Oorjan was founded in 2014 by Gautam Das and his IIT-Bombay batchmates, Roli Gupta and Hrishikesh Deshpande. The company provides turnkey solutions for solar projects across residential and corporate spaces.

Gautam Das belongs to a family of agricultural workers and had no access to electricity at home. Today, he has built a company that has carved a niche in the solar energy space and also fulfilled his dream of working for sustainable living.

Gautam hails from West Bengal. Coming from a humble background, he tells SMBStory that he is proud of getting an education in institutions that are known for their academic achievements — not just in India but throughout the world — Ramakrishna Mission, Indian Institute of Technology, Bombay, and Indian School of Business (ISB).

He worked with Citibank for almost 16 years before donning the hat of an entrepreneur. Being a banker helped him understand the business world more closely.

Additionally, Gautam has key interests in agriculture and the environment. Marrying his experience with his interests, he decided to enter into the renewable energy space.

Along with his IIT-Bombay batchmates, Roli Gupta and Hrishikesh Deshpande, Gautam co-founded Oorjan in 2014. The company started operations in 2016. Headquartered in Mumbai, it has offices in Pune, Silvassa, Bengaluru, and Patna. The company provides turnkey solutions including easy financing to consumers for solar projects across residential and corporate spaces.

The company name, which means ‘core of energy’, is derived from several Hindi and Sanskrit references.

Gautam, an avid marathoner and swimmer, believes that resilience is the key to start a business from scratch and take it to great heights. In the earlier days, one of the biggest challenges for the company was to build a team that was aligned with the founders' vision of providing an affordable way to adopt solar using technology, says Gautam.

Another challenge was Gautam’s lack of exposure in the solar energy space. In addition, lack of awareness about the sector, trust, and lack of viable financing options turned out to be roadblocks. But resilience helped the team sail through, and Oorjan used technology to tackle the issues.

“Home cooking is cheaper than buying electricity but people are not aware of it,” he says, adding, “There is a lot of buzz around renewable energy but people don’t really understand it.”

Oorjan uses technology to reach out to people, build campaigns, and spread awareness. It developed platforms like Greenstitute and I-Smart Solar where people can obtain knowledge on solar energy for free.

I-Smart Solar’s platform is being run by environment agency The Energy and Resources Institute (TERI).

Another issue the team identified was the lack of affordable finance in the solar energy space. Gautam gives an example to explain this: “People are ready to pay Rs 2,000 every month as electricity bill but they are not ready to pay Rs 80,000 or Rs 90,000 in one go for installing solar panels in their homes.”

To tackle this problem, Gautam says Oorjan has come up with multiple financing options where the amount can be paid in either monthly or yearly installments. This applies to both residential as well as industrial clients.

And last, to gain trust, the co-founders and their team have built a monitoring system using artificial intelligence and IoT called Test Drive Solar which will help customers track and monitor ongoing solar projects for seven days. This will give them a sneak-peak into what comes after installing solar panels. The app also allows customers to receive notifications on issues or regular maintenance in case of any discrepancy.

Oorjan provides turnkey solutions to customers who are looking to install solar panels on their rooftops. Services like engineering, procuring solar panels, commissioning, liaising with authorities, and financing are all done by the company on behalf of the customer.

The customers have to register themselves, enter their details with respect to installation, and Gautam says a report is then processed within 15 seconds, containing all the details. The installation structure is divided into three kinds — platinum, premium, and economy.

Except manufacturing panels and hiring labour for installation, everything is done in-house by Oorjan and its engineers who oversee the entire project.

Oorjan says over one lakh people have visited the platform. It has successfully completed projects for around 2,000 customers across 15 states and Union Territories, including in Mumbai, Nagpur, and Punjab. In addition, the company has supported more than 20,000 systems’ designs for end consumers and/or partners.

According to a report by research platform Mordor Intelligence, the Indian solar power market is expected to grow at a compound annual growth rate (CAGR) of more than 40 percent during the forecast period 2020-2025. The report also states that India is an important market in the Asia-Pacific region after China and Japan, and companies like Adani Group, and Azure Power Global Limited have been spearheading the space. Oorjan, on the other hand, competes with players like MySun and ZunRoof.

While India is growing, there is room for much more. Gautam says that currently, 15 percent of the products can be manufactured in India but 85 percent of it still comes from abroad.

“There is hardly any silicon wafer factory in India — which is an important part of making solar panels,” he says. He also says that completely banning imports will lead to the Indian solar space falling apart. So a measured decision needs to be made. He also adds that the sector requires investment as solar energy is a “capital-intensive sector.”

The company is in the process of raising some funds. It had earlier raised a seed investment of $450,000 from Globevestor and others. It is also expected to break even in the coming months. Gautam is the sole founder of the company as other co-founders work part-time and are also involved with other startups.

The company is focused on expanding geographically in the coming months. It is also trying to come up with solutions that will help recycle the downstream solar panel waste.

The future looks exciting as several foreign stakeholders from the industry have shown interest in licensing the company’s technology for various purposes.