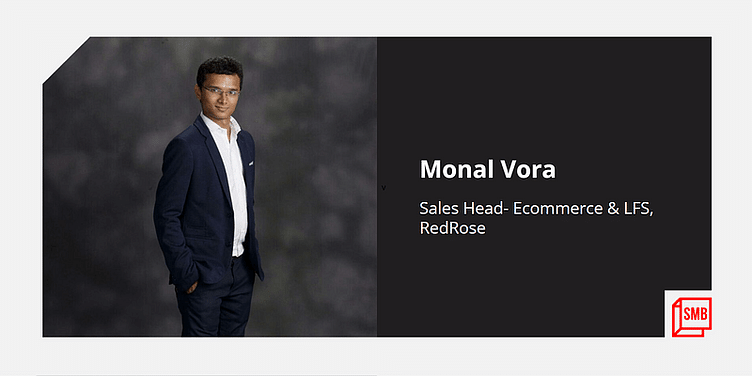 Red Rose was founded in 1977 by five brothers who came to Mumbai from Kutch to make their fortune. Today, 44 years later, RedRose has become a prominent women’s innerwear brand with a presence across 27,000 outlets.

Once considered a taboo topic to discuss, lingerie shopping has come a long way in India.

Lingerie is no longer a basic need but has become a fashionable product, says Monal Vora, second-generation entrepreneur, who is currently leading the Mumbai-based women’s innerwear brand, ﻿RedRose Garments﻿.

RedRose was started in 1977 by Chandubai Vora and his brothers — Dhiraj, Ramesh, Sailesh, and Mahesh. Monal, who joined the business in 2016, is Dhiraj’s son.

Speaking about the inception of the company, Monal says that his uncle, Chandubai, came to Mumbai from Kutch in the early 1970s in search of better opportunities. He soon called his other brothers to the city as well. They did odd jobs to survive in the city and mostly worked in garment factories and shops.

“Their connections in the industry grew and they also realised that there was an absence of quality women’s innerwear products in the market,” says Monal. This led to the inception of RedRose Garments. Monal says the Vora brothers invested their savings in the business, and over the years, also took loans to buy equipment and land.

Today, RedRose manufactures and sells a variety of products such as night suits, underwear, petticoat, bathrobe, saree shapers, and more for women. It has a presence in 27,000 retail outlets and is working towards building a sizable online customer base.

In an interaction with SMBStory, Monal highlights the company’s strategies to stay relevant after 44 years in the business.

Listening to the customers

Monal highlights that listening to customers and incorporating their feedback has helped the company grow.

“We deployed saleswomen in several stores because women are more comfortable talking to women about these things. Even though times are changing, talking about innerwear is still a stigma,” he says, adding that this helped in identifying several gaps in the market and led them to innovate.

The co-founders also travelled to countries like Malaysia and China to better understand the innerwear market and to replicate some of the ideas in India.

Red Rose has come a long way since 1977. Initially, the brothers would manufacture the products at night and sell them during the day. Today, they have scaled the business significantly with four manufacturing units in Bhiwani and one facility in Surat.

RedRose also exports to Saudi Arabia and plans to explore other global markets as well.

Monal says when he joined the business in 2016, he focussed on building an ecommerce vertical of RedRose.

“Ecommerce business is a different ball game altogether. Its processes are entirely different from an offline business. But we were up for it because we were getting a lot of queries for our products online,” he says.

The last decade has also led to a rise of a more discerning customer. “Today, young girls prefer ordering innerwear online rather than going to mom-and-pop shops with their mothers. They know what they want and are confident of their choices. Women also want very specific things today which earlier did not exist like sports bras, high-impact bras, strapless bras, etc.”

According to Monal, design wasn’t customers’ top priority until a few years ago. “Fashion and function- both have become important,” he says adding, “Earlier consumers would buy whatever we offered them but today’s customer has become very choosy and has specific needs so we have to be on our toes at all times.”

The pandemic has also “helped a lot” in bringing more customers online, Monal says. “During COVID-19 lockdowns, we were not just getting queries from all across the country but also from countries like the US, Canada.”

The brand is also taking steps to strengthen its online presence. Sensing the opportunity presented by the pandemic, RedRose revamped its own online store a month ago and is already listed on marketplaces such as ﻿Amazon﻿, ﻿Myntra﻿, ﻿Nykaa﻿, ﻿Tata Cliq﻿ and more. It is also investing in social media strategies, digital marketing, and Google Ads to ace the online route.

In FY20, online sales were around Rs 70 lakh whereas, in FY21, they touched Rs 1 crore, claims Monal.

E-commerce forms just one percent of the total revenues, and RedRose’s business model is heavily dependent on the offline channel. However, it remained unaffected during the pandemic despite disruptions caused by the pandemic. Its sales grew by Rs 4 crore between FY20 and FY21 and Monal attributes this trend to “a lot of pent-up demand.” In addition, demand from several Tier II and Tier III cities (including Jaipur, Jabalpur, Bhopal, Ghaziabad and more) has also resulted in contributing to the revenues of the company.

According to market research platform TechSci Research, the Indian lingerie market stood at around $3 billion in 2017 and is projected to grow at a robust CAGR (compound annual growth rate) of around 14 percent to reach $6.5 billion by 2023. The demand is largely driven by the rising middle-class population and increasing number of financially independent women.

RedRose competes with well-known names such as ﻿Groversons﻿, Jockey, Rupa, Enamor etc. along with D2C (direct-to-consumer) and new-age brands like ﻿Zivame﻿, ﻿Clovia﻿ and more.

Monal says he is not threatened by the growing number of players in the market, but admits to being aware of how the company has to keep up with the times to remain relevant. Perhaps, that is why the strategies to grow in the Indian market for the next few years are crystal clear. “We want to tap deeper into the Tier II and Tier III cities as these markets have a lot of potential and scale up our e-commerce sales.”

RedRose, according to Monal, is also planning to explore international markets more seriously but notes that competition from China and Bangladesh in this segment can’t be ignored.

“By the time we think of coming with something new, China is already ready with it in the market. Product innovation is definitely something to learn from this country’s business ecosystem,” he concludes.