What does the MSME sector expect from its new minister Narayan Tatu Rane? 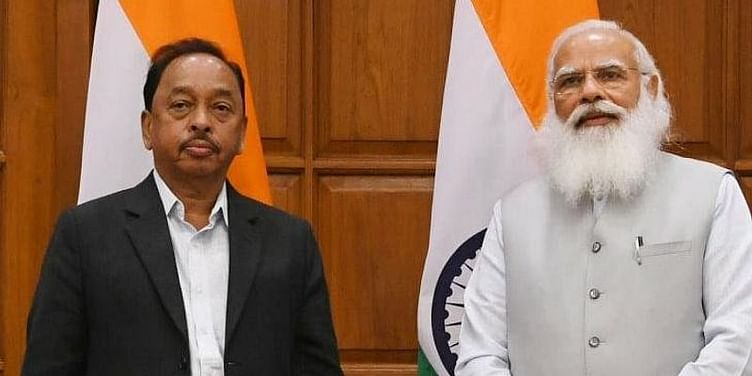 With the exit of Nitin Gadkari and Pratap Chandra Sarangi, SMBStory analyses the road ahead for the MSME sector with newly appointed Narayan Tatu Rane.

The cabinet reshuffle of Prime Minister Narendra Modi’s government took place on July 7, which saw some key names exiting, and making way for some fresh faces at the helm. Newly appointed minister for micro, small and medium enterprises (MSMEs), Narayan Tatu Rane, is one of them.

Outgoing minister Nitin Jairam Gadkari gained popularity during his tenure for promoting domestic manufacturing, and giving voice to campaigns like ‘Make in India,’ ‘Vocal for Local,’ and more. Gadkari’s support to the Khadi and Village Industries Commission was also particularly noteworthy.

With the exit of Gadkari and Pratap Chandra Sarangi, SMBStory analyses the road ahead for this sector.

Who is Narayan Tatu Rane?

Narayan Tatu Rane, who is now a part of Modi’s full time cabinet, has a long history in politics. He was sworn in as the 13th Chief Minister of Maharashtra in 1999, and also appointed as the Minister of Industry, Port & Employment in 2000. Rane was with the Bal Thackery-founded Shiv Sena for about 39 years before joining the Indian National Congress in 2005 and later, the Bharatiya Janata Party (BJP) in 2018.

Rane’s entry into the MSME cabinet is particularly of significance because of the circumstances and the challenges the sector is grappling with.

The micro, small and medium enterprises contribute about 30 percent to India’s GDP, and is one of the largest generators of employment, second only to agriculture. Experts have time and again argued that in order to propel the economy, the growth of this sector is paramount.

All eyes are now on what steps Rane will take to push the sector forward which, according to the Prime Minister, will be a major contributor in making India a $5 trillion economy by 2025.

What does the MSME sector want?

The MSME sector has been witnessing the slings and arrows of time since the beginning of 2020. However, in January 2021, the sector was in a celebratory mood as it felt it won the battle against the first wave of coronavirus. The businesses were recovering and some were even close enough to report pre-pandemic levels of sales and revenue.

However, when the second wave hit in April, small businesses once again saw themselves being caught in a whirlpool of expenses, restrictions, and lockdowns.

SMBStory reached out to numerous MSMEs and experts. The general census has been that the coronavirus pandemic has caused enormous working capital predicaments.

The sector is struggling to meet its working capital requirements despite the various stimulus packages rolled out by the government. Fervent pleas from the sector is to ensure that MSMEs receive their payments on time so as to keep their day-to-day operations running smoothly.

According to Jaspreet Dhingra, Founder and CEO of business networking club BANC, “The Honourable Minister Narayan Tatu Rane should urge Public Sector Undertakings (PSUs) and large corporations to give preference to SMEs.” This would help in easing the financial burden off them, he added.

Prabhu Gandhikumar, Co-founder of Coimbatore-based TABP Snacks and Beverages believes  that the government should rework on the timelines for filing GST as most of the payments that come from PSUs and other large corporations take a minimum of 90 days.

Prabhu also argues that a reduction in GST is the need of the hour. Coming from the food industry, he says, “Food comes under the primary sector. The cost of GST will be an additional burden for the common people. Therefore, the newly- appointed government must reduce GST for food and allied products like machinery used in the sector.”

MSMEs also continue to face other challenges like steep rise in the prices of raw materials, business uncertainty, decrease in sales and more. According to a survey by credit rating agency Care Ratings, 72 percent of the MSME respondents felt that the restrictions would cause labour supply shortages.

Jaspreet further believes that the new administration must continue to push the agenda of manufacturing locally, and take steps to put India on the global market. The MSME sector contributes about 48 percent to exports, which is a major revenue stream for the country, and can boost the recovery of the economy while also uplifting the sector. “Along with Make in India, the government should also promote ‘Buy from India,” he says.

The road to recovery for Indian MSMEs is long and arduous, but all eyes are now on the newly appointed Narayan Tatu Rane.