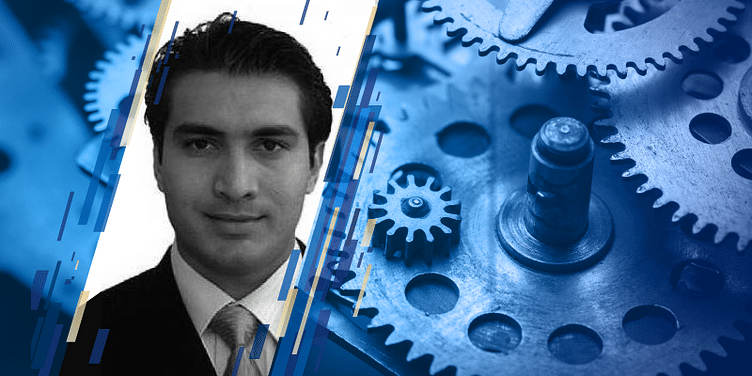 The late Odhavji Patel started Ajanta Orpat in 1971 from a small, rented premises in Morbi, Gujarat. His company has now grown into world’s largest wall clock maker and he is regarded as the ‘father of wall clocks’.

Ajanta Orpat Group founder Odhavji Patel was born into a Gujarati family of farmers. When he was young, Odhavji wanted to become a pilot.

However, after completing his BSc, he did not get support from his traditional and conservative family in pursuing his dream. He started teaching science at a high school in Morbi, which he continued for 27 years.

As the years passed by, he realised his resources were limited as he had to raise six children.

Odhavji wanted to do something big, but was not sure what a science teacher could do on his own.

As he interacted with various people in Morbi, he came to know that some of them wanted to start a clock manufacturing business.

“Odhavji did not hesitate. In 1971, he and a few partners pooled in Rs 1 lakh, and started Ajanta Transistor Clock Manufacturing Company. From a small, rented premises, he and his partners started making mechanical clocks,” says Nevil Patel, third generation entrepreneur and current Managing Director of Odhavji’s company, now known as Ajanta Orpat Group.

The rest, they say, is history. Odhavji built his small firm into the world’s biggest wall clock manufacturer. He came to be known as the “father of wall clocks”.

Odhavji passed away at Morbi in 2012, leaving behind the legacy of Ajanta Orpat to his younger ones.

When the company was started, Odhavji made mechanical clocks. In 1974, he started making winding clocks, musical clocks, and key clocks. For these clocks, steel strips were a critical component. They had to be imported from Japan.

In 1975, Odhavji and his eldest son Pravin visited Japan and Taiwan. They brought back with them quartz technology and decided to start making quartz clocks. Pravin soon joined the business full-time.

Quartz clocks are simple, accurate, small, and do not require maintenance. Ajanta’s first quartz clock was called a “janata clock”, and became a runaway success.

“In 1986, the company started employing women in its manufacturing units. There was a shortage of labour opportunities for women, and so Pravin wanted to do something about this. To set an example and show that women should be given an opportunity to work, he started hiring women from his own family,” Nevil says.

The opportunity caught the attention of women from the region. A large number of them thronged Ajanta’s facilities and showed interest in joining work.

Odhavji and Pravin gave employment to a large number of women workers to scale production. From making 100 clocks per month, they reached 1.35 crore clocks per year.

Today, the group has a massive workforce of over 4,500 women.

Odhavji’s clocks were selling well and he had a large, competent workforce. In 1991, he opened a new factory, Orpat Industrial Estate, which had eight buildings, each meant for different types of operations.

“He continued importing machinery and key components from Taiwan and Japan. This made the company and its products the most competitive in the domestic as well as international markets,” Nevil says.

In 1996, Ajanta Orpat started making telephones and calculators. To give the products an identity, the company launched them under a new brand, Orpat. Till that point, the company was known as Ajanta. The Orpat and Ajanta brands together formed the Ajanta Orpat Group.

Odhavji and Pravin then diversified into making emergency lights, steam irons, blenders, and electric fans. This foray into consumer electronics happened on the back of Ajanta-Orpat’s growing expertise in manufacturing electronic circuits.

After sourcing raw materials locally and importing certain components, the business now manufactures all its products in-house. “Right from plastic injection moulding of components and manufacturing of printed circuit boards and electronic modules to making electric motors for fans, mixers and blenders, we do everything at the Orpat Industrial Estate,” Nevil says.

How 5 small-time traders made it big as manufacturers, are now clocking crores in revenue

Across its verticals and brands, Ajanta Orpat focusses on mass consumption. Its target customers are the Indian masses and overseas consumers.

“We use social media platforms to build mass awareness about our products and enhance their acceptance,” he says, adding that product diversification, backward integration, inhouse manufacturing, strategic marketing, restructuring of marketing, etc have made the company cash-rich.

Presently, Ajanta Orpat has quite a few competitors. Phillips, Havells, Usha, Bajaj, Casio, ﻿Citizen﻿, and Orient to name a few. Low-grade and inexpensive Chinese products also provide some degree of competition to players in this industry.

Ajanta Orpat’s diversification was important because the influx of cheaper Chinese products, taxation issues, competition from other brands, and the popularity of wristwatches had resulted in demand decreasing for Morbi-based wall clock manufacturers.

With Ajanta Orpat’s new focus on home electronics and electrical appliances, Nevil believes customers will continue to choose its brands, as they provide superior quality at economical prices.