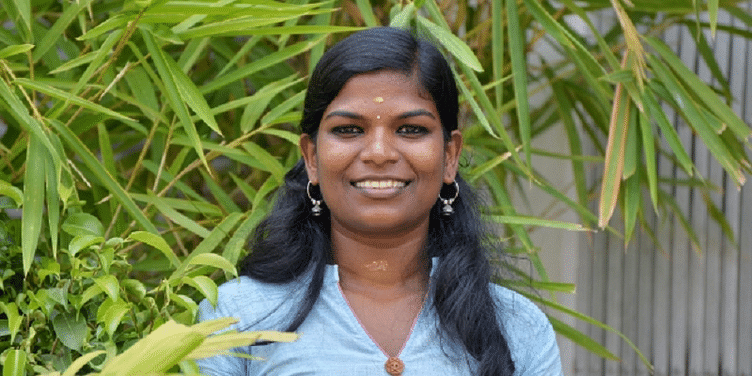 Stories of young people from poor backgrounds beating all odds and emerging toppers warm our hearts and remind us every day that success is assured for those who work hard for it. And this year, the UPSC exams have brought out the inspiring story of Sreedhanya Suresh, a 25-year-old woman from the Kurichiya tribe.

Sreedhanya, belonging to Wayanad, Kerala, is the first tribal woman from Kerala to have cleared the exam. She secured the 410th rank in her third attempt.

Daughter of daily wage workers who sell bows and arrows in a local market, Sreedhanya never had access to the basic amenities, or a proper house since childhood. Sreedhanya and her three siblings were taken care of by her  parents who mostly depended on the MNREGA scheme to make ends meet and live in an unfinished house.

"Despite the hardship, we never compromised on their education and Sreedhanya gave us a big gift today. We are proud of her."

Sreedhanya had moved to Kozhikode to pursue her graduation in Zoology from St Joseph’s College, and a post-graduation from Calicut University, reports Money Control.

After her studies, she worked as a clerk at the Kerala’s Scheduled Tribes Development Department. Later, she worked as a warden at an Adivasi hostel in Wayanad. Talking about her interest in civil services, her father said,

There, she got an opportunity to speak with then Wayanad Collector Sreeram Samashiva Rao. He pushed her to write the civil service exam. So she moved to Thiruvananthapuram for civil services coaching.

Sreedhanya was later selected for a face-to-face interview, which meant she had to travel to Delhi. This wasn’t financially possible for her family but thanks to her friends who pooled in Rs 40,000, she made it to the interview.

Also read: How ‘Kisan Chachi’ from Muzaffarpur empowered over 300 rural women to take up farming, and lead an independent life

Sreedhanya now hopes to inspire members of her tribal community to aspire to become civil servants. She told Money Control,

"I am from the most backward district in the state. There are no tribal IAS officers from here even though there is a considerably large tribal population. The number of candidates appearing for the civil service exam from Wayanad in general and tribal communities in the district, in particular, is very low. I hope this would urge more people to come forward."

As soon as the news was out, appreciation poured in from different quarters. Kerala Chief Minister Pinarayi Vijayan, and Indian National Congress President Rahul Gandhi congratulated Sreedhanya on her success. Rahul Gandhi tweeted,

Sreedhanya's hard work & dedication have helped make her dream come true. I congratulate Sreedhanya and her family and wish her great success in her chosen career.

Also read: This Gujarat-based businessman has planted 40 forests across India in a bid for a greener tomorrow