Even as the 73rd Independence Day will be marked by remembering heroes who fought for India's freedom, meet these five ordinary Indians who are helping keep their memories alive.

While the mention of India’s freedom struggle and the subsequent wars for her sovereignty gets relegated to the history books only to surface on special occasions like Independence Day, what makes a nation great is how it honours its brave who sacrificed their lives for it.

It is all the more good news for a nation when its young are as invested in keeping the memories of valour and sacrifice alive. On India’s 73rd Independence Day, it is interesting to see how a few millennials are doing their own small bit to not only preserve the memories of the martyrs but also going the extra mile to share the sorrow with their families.

While researching for her book, Kargil, Untold Stories from the War, author Rachna Bisht Rawat was pleasantly surprised to encounter people who had not forgotten India’s war heroes, especially those who fought its most recent one in Kargil.

These ordinary citizens have continued to work with the families of the martyred soldiers, assuring them that their sacrifice and the sacrifice of their sons will never be forgotten.

Jitendra Singh is a security guard from Surat who has made it his life’s mission to write letters of condolence to every martyr of the country.  Since the Kargil War, he has till date written letters to families of more than 4,000 martyrs. He says if these brave soldiers can sacrifice their lives for the country than he can surely spend 50 paise on a postcard.

More than 22,000 soldiers have laid down their lives since 1947. Jitendra says, “During the Kargil War, I read that the families were receiving the bodies of the soldiers even before the letters that the brave men had posted could arrive at their doorstep. It was then that I decided to start writing these condolence letters.”

Jitendra Singh continued with his mission despite taunts from others on why he was writing to the families when the soldiers were anyway no more. He says his only regret is that he could not meet any of the families of the martyred soldiers since it is way beyond his status. He says, “We can never pay back the huge debt that we owe to these soldiers, who laid down their lives so that we could live. I write these postcards; people should do whatever they can to honour these brave men.”

Hutansh Verma is a Delhi-based artist who paints beautiful portraits of martyrs and home delivers them to the families. Rachna discovered him when she came across a similar painting in every martyr home she visited. When she asked who had painted those, she was told it was an artist from Delhi.

Hutansh has been painting these portraits for the past three years and calls his mission ‘Portraits of Patriots.’

Vikas Manhas is a Jammu boy who got together with Ansuya Mitra and Adrija Sen, two young girls from Calcutta to form Desh, a group of citizens who have adopted the families of martyrs. They scan newspapers to find names and addresses of martyrs from all the forces and visit them to celebrate birthdays and anniversaries thereby becoming a family to them.

Sonali Singh is an Army daughter based in Bengaluru. She spreads stories of courage and sacrifice of soldiers through an initiative called ‘Heroes in Uniform’ and also runs programmes to equip retired soldiers with skills that help them adapt to new jobs.

Himmat Singh Mandrella heads Rashtriya Riders, a passionate group of young riders who ride to battlefields and the homes of martyrs. A group of 12 rode on the morning of August 9 from Jaipur to New Delhi for the launch of the book Kargil, Untold Stories from the War.

20 years since Kargil war, these 527 young martyrs still live on 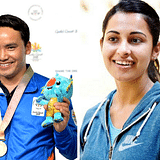