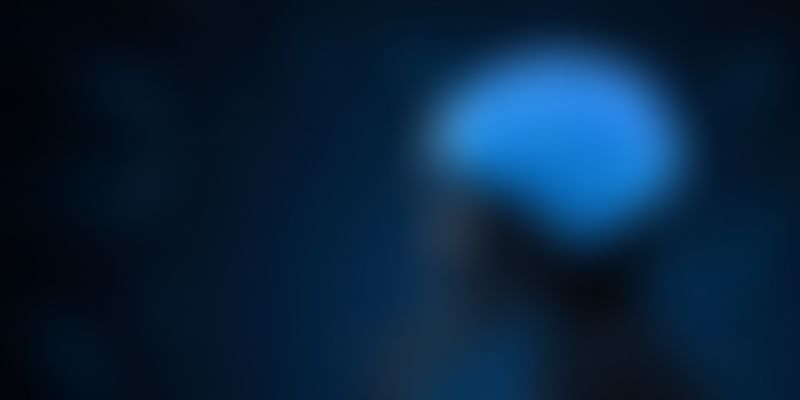 Artificial Intelligence has changed the way industries function - from providing solutions in healthcare and social sectors to addressing farmers’ woes. An important tool, these 5 startups are disrupting diverse industries with their socially relevant ideas

In the past decade, artificial intelligence has scaled into every possible field. Former Infosys CEO Vishal Sikka, who announced his startup Vianai Systems a few weeks ago, recently stated, “Over the next 20 to 25 years, AI is going to be ‘a very, very big disruptor’ for Indian society because what one is seeing now in terms of automation and job losses due to automation is just the beginning.”

In the past five years, artificial intelligence has taken a huge leap in providing complex solutions and data. Be it facial recognition on high-end phones, or healthcare where it aids doctors analyse complex medical data to diagnose patients.

AI’s profound tentacles have now reached social sectors too. Entrepreneurs with expertise in AI have come up with staggering solutions to address issues in agriculture, sanitation, clean drinking water, and other socially relevant issues.

Having said that, the number of startups in the field of AI-based solutions has also skyrocketed. According to a news report, a study by tech giant Accenture stated that AI has the potential to add $957 billion, or 15 percent of current gross value added, to India’s economy by 2035. Here are a few startups that are using AI for the betterment of mankind.

Climate change is a cause of concern the world over. Over the years, with the growth in industries and extreme pollution across cities, global warming has led to a huge meltdown in polar caps.

Blue Sky Analytics is a geospatial data intelligence startup, leveraging satellite data with IoT to provide accessible, high resolution, high frequency and near real-time data. The startup is on a mission to combat the menace of air pollution and enable informed decision making.

One out of every two women diagnosed with breast cancer in India succumbs to the Big C. Only 3 percent of women have regular breast health check-ups in the absence of a non-invasive method of examination.

To address this, NIRAMAI, or Non-Invasive Risk Assessment with Machine Intelligence, a Bengaluru-based deep tech startup, is providing solutions to treat breast cancers using AI. Founded by Geetha Manjunatha (CEO and CTO) and Nidhi Mathur (COO), the solution Thermalytix is a portable, non-invasive, radiation-free, and non-contact solution for early stage detection of breast cancer. It is safe, non-touch, radiation-free and low-cost.

It helps detect tumours that are five times smaller than what a clinical examination can detect. Besides, women of all ages can undergo screening without side-effects.

In India, agriculture is one of the most important sectors fuelling the economy, and it accounts for 18 percent of India’s GDP. Further, it is responsible for employing almost 50 percent of the country’s workforce. Having said that, it’s important to address the issues faced by farmers in the sector. Startups like Intello Labs have turned their AI focus on addressing deep and grave agricultural issues.

Lack of access to healthcare facilities in rural Assam pushed this youth to start QuickOBook, a...

“Retailers look for good quality food, and we are working to digitise and objectify the quality of the produce.”

So how does the app function? The user can upload a sample of the commodity by clicking pictures of the commodity chosen. Once done, the picture taken goes to the cloud where an algorithm by Intello Labs works on it, and the results are sent to the user’s mobile with grades and other quality checkpoints

Founded by Prem Kumar Vislawath, Founder of Marut Drones. MARUT Drones has built India's first drone to eradicate Mosquitoes and Hyacinths on Lakes. Also, the AI-enabled startup in T-Hub and mentored by RICH, IICT and IIIT Hyderabad. We have been selected to Facebook India Innovate Accelerator and received Nidhi Prayas Grant from IIIT Hyderabad.

MARUT drones, utilises drones to dispense repellent over lakes lost to infestation. Marut Drones is a first of its kind AI drone used to eradicate mosquitoes and water hyacinth, from lakes lost to infestation. Real time reports and predictive analytical are used to tackle mosquito eradication and water hyacinths a completely new level.Prioritize areas based on mosquito density and species. Report the time and location of actual intervention. Analytics to monitor effectiveness of interventions and Recommendations on the control methods based on mosquito densities.

Marut Drones has also come up with an AI-based mechanism that has achieved a 60% reduction in the mosquito population in the area where drones used. The initiative was a success with the residents around the area noticing a difference immediately.

Though bio enzymes too were sprayed using drones, to reduce the water hyacinth spread, the results were only 20% of the expectations. The mosquito larval density has come down from 41 per ladle (approximately 40 ml) of water to 28, while adult mosquitoes have dwindled to 16 from 26 in just two days.

Founded by Akshay Chaturvedi (CEO), Leverage Edu assists students with mentoring along with guiding college admissions to professionals and high schoolers. This Delhi-based startup uses AI to help students match the right programmes at the right colleges, and connects them to top experts.

Elaborating on the tech, Akshay had explained previously, “Once a parent sees how BYJU’s has helped a student with K-12 education, their confidence in an online platform will increase, and they would trust similar platforms. This is not a competition - two different players are solving the problems for today and tomorrow separately. We add value as you move forward in your career.”

The app has an AI tool that uses certain objective and subjective parameters to tell the user what programme or what career suits him or her best. If needed, it can also identify suitable mentors according to the users.

Selfless service without discrimination: how Khalsa Aid India helps those in distress