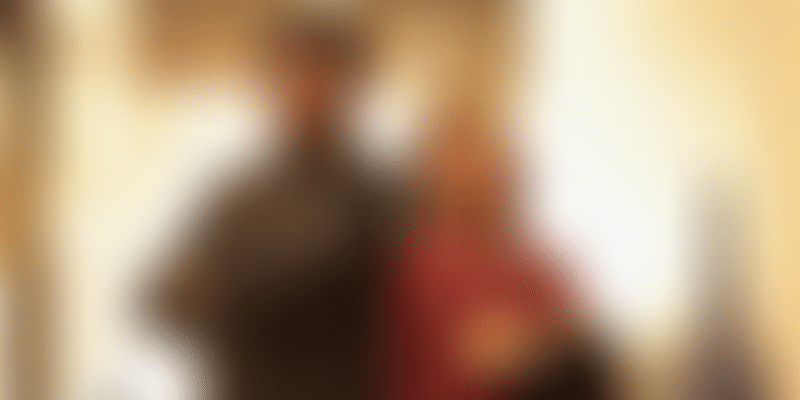 The XL Cinema app is an audio content delivery platform that enables users to listen to the audio track of a movie in their language of choice. It also provides the visually impaired audio descriptions of a movie, synchronised to the video playing in theatre or at home.

Meenal Singhgi stopped setting foot into movie theatres years ago. The 40-year-old, who lost her eyesight in a medical mishap, used to find it difficult to understand scenes between dialogues. She either had to take the help of a family member or simply miss out on what was happening on the big screen.

Founded by husband-wife duo Kunaal Prasad and Dipti Prasad in 2012, the Mumbai-based startup focuses on making films an inclusive source of entertainment for visually challenged people. It has developed a mobile application that helps individuals understand every bit of the movie they are viewing, through audio descriptions.

Meenal says watching a film on the big screen wasn't enjoyable for her. But her experience of watching Andhadhun in 2018 changed all that.

"I still remember the clip described to me. Actor Ayushmann Khurana, who pretends to be blind, plays a piano sequence for Tabu, and eventually figures out about the murder in the house. The scene had a lot of nitty-gritty and visuals, and I learnt all about it at the click of a button,” Meenal recalls.

India is home to a third of the world’s blind population. The country has about 12 million individuals with visual impairment as against the global total of 39 million people, according to a report published by the National Programme for Control of Blindness (NPCB).

Kunaal and Dipti often wondered what it would be like for them to sit in a theatre when they could not see? They decided to find a way to enrich their movie-watching experience.

“One of the main challenges occurs when the visually impaired sit through those portions of the movie where there are no dialogues. While it is common for sighted individuals to react to every expression and emotion, these people don't know what is happening on screen. So, we began working on addressing this issue through an app,” says Kunaal Prasad, Co-founder, XL Cinema.

So far, the startup has more than 10 movies on its app, attracting an average viewership of 7,000 to 8,000. Some of these include, Sholay, Sanju, Andhadhun, Thackeray, Hotel Mumbai, and Hacked.

Kunaal and Dipti were well settled in Dubai. They were successfully running a chandelier business. Born and raised in UAE, they completed most of their education there.

Later, while Kunaal pursued his engineering in electronics at BITS Pilani followed by a master’s degree in Intelligent Transport Systems from MIT, Boston, Dipti finished her bachelor’s in marketing from Manipal University.

The idea to launch XL Cinema was born when Dipti took her father to watch Marvel’s superhero film The Avengers.

“My dad could not grasp most of the snappy English dialogues in the movie, and I had to explain it to him. This turned out to be a dreary experience for both of us. Kunaal and I had an extensive discussion about this over a cup of coffee, after which, we decided to find a solution," she says.

"With a design and technology background, my husband decided to build an intervention that could allow people to watch a movie in any cinema hall in the language of their choice. XL Cinema was originally started to assist individuals watching movies in languages they were not familiar with,” recalls Dipti, Co-founder, XL Cinema.

It took Kunaal a little over a year to come up with the product architecture for the application. In 2016, Kunaal and Dipti moved to India to set up operations. After a series of tests, quality checks, and synchronisation efforts, they put together the beta version of the XL Cinema app. The first movie for which the duo bagged the dubbing rights was the Allu-Arjun starrer Na Peru Surya, Naa Illu India.

“Once the movie was dubbed, we on-boarded it onto the app. All that the user had to do was install the app for free, register, and plug in a pair of earphones to listen to all the dialogues of the film in any language of his/her choice,” Kunaal explains.

Technology challenges impacting the education and employability of the visually impaired

From a platform that could hand-hold people while viewing movies in varied languages, the XL Cinemas app went on to help the visually challenged comprehend films through audio descriptions.

“When Kunaal and I came across statistics with regard to the number of visually impaired people in India, we were taken aback. We thought of making entertainment accessible and convenient for them too. We worked on extending the features of the XL Cinema app to include audio commentary for the blind,” Dipti says.

Today, the platform works in a way that it can listen to the ambient audio while a movie is being screened and automatically play the audio description. A visually impaired person can download the app on a smartphone, log into it, and play the audio description to listen to a narration of the scenes between dialogues. The talk-back feature and the gesture recognition component are the icing on the cake.

To ensure that people do not misuse the app, the location of the user is geo-tagged. Hence, once the user comes out of a theatre after watching a newly-released film, neither the audio descriptions nor the multi-lingual dialogues can be played.

“One of the biggest challenges was convincing studios and Bollywood production houses to give us the rights to script and make audio descriptions for movies. It involved six days of work before the release of the film. While some saw no commercial value, others were hostile. It took a while for us to build confidence,” Dipti says.