This Delhi startup is saving water with sustainable sanitation solutions 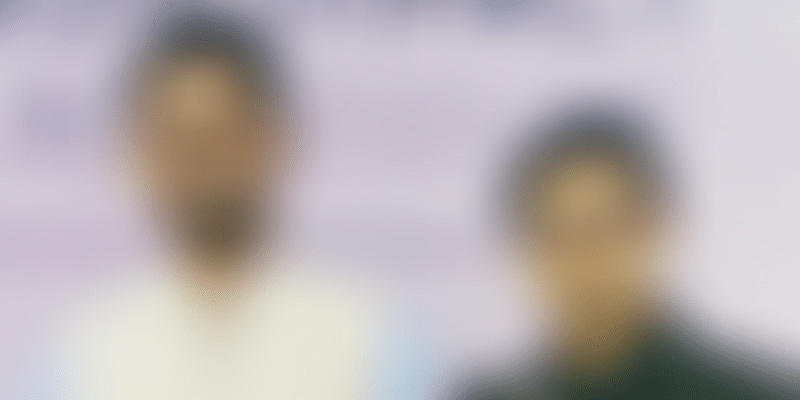 Access to clean water and sanitation is integral in keeping public health intact. While India has made significant progress in this aspect with the implementation of the Swachh Bharat Abhiyan, there is still a long way to go.

According to the National Statistical Office (NSO), around 29 percent of rural households in India do not have access to basic sanitation facilities. The availability of water is also a grave concern, especially during spells of drought. About 21 major cities across India, including Delhi, Bengaluru, and Chennai, are on the verge of running out of groundwater this year as per the Composite Water Management Index (CWMI) report released by the NITI Aayog.

Further, in 2015, the United Nations announced accessibility to water and sanitation as the sixth Sustainable Development Goal (SDG). Even today, we are constantly reminded of its importance as the outbreak of the novel coronavirus has shown the significance of washing hands and maintaining cleanliness.

“Unscientific waste disposal and inadequate sanitation facilities affect both the health of humans and the environment they live in. The intention behind starting Ekam was to safeguard the wellbeing of people at large, and at the same time, conserve all natural resources, including water,” says Uttam Banerjee, Co-founder and CEO, Ekam Eco Solutions.

The idea of establishing Ekam goes back to when Uttam was pursuing his master’s degree in industrial design at IIT-Delhi. Coming from the city of Bokaro, Jharkhand, the 35-year-old was used to living around a lot of water bodies and greenery. However, when he moved to Delhi-NCR, he felt anguished to observe the degraded state of the environment around him, especially the state of the river Yamuna.

“When I noticed the toxic froth floating on the river, I could not help but do some research to find out the reason behind it. And, that was when I found out that several drainage lines were leading into the water, with only five percent of the sewage being treated. I wanted to do something to improve the state of sanitation so that such eventualities never arise,” Uttam recalls.

Simultaneously, Uttam joined a group of research scholars at IIT to study the benefits of human urine, and leveraging the nutrients in it to improve the health of the ecosystem. Together, they set up an arrangement within the campus to collect and experiment with urine.

“At this time, I noticed the large quantities of water being wasted while flushing toilets. So, I devised a method to go waterless with urinals through a simple plumbing attachment. Though the waterless concept was already in existence, it did not have a leeway to treat the urine for further utilisation. However, the mechanical procedure allowed for it,” Uttam says.

After graduation, Uttam took up a job with Crompton Greaves but was still inclined to expand the application of waterless urinals and make them commercial. Eventually, he figured that his colleague Sachin had a similar line of thought, and was keen on working in the hygiene space. The duo decided to quit and start Ekam Eco Solutions. Later, Dr Chariar, a teacher at IIT-Delhi, got on board with their venture.

The startup was initially bootstrapped, and after about three years of its inception, two venture capitalists infused funds into the operations.

The aspect that stands out in all of Ekam Eco Solutions’ offerings is its natural derivatives and eco-friendly characteristics.

The startup’s team started by producing and selling waterless urinal systems called Zerodor and eventually added many more products to its kitty. Later, they also set up urinal kiosks.

“The kiosks we have developed can be made from bamboo walls, low-weight outdoor materials like MoTo panels with square bar frames, honeycomb structure, and plenty of other sustainable materials. They can be moved and installed anywhere easily,” says Sachin Joshi, Co-founder and COO of the startup.

Most of us have heard of conventional cleaning solutions containing acids and chemicals that can cause damage to water resources, block sewer lines, and pollute the soil. In order to eliminate this, the startup launched many cleaning kits for domestic, as well as commercial establishments, in such a way that they can be categorically used for floors, kitchens, drains, and toilets.

Ekam’s sewage care solutions include home-grown bacterial strains and organic nutrients that can facilitate the multiplication of good bacteria, and at the same time, accelerate decomposition. This, in turn, has helped in reducing the emission of the greenhouse gas — methane, and also getting rid of the contamination in the discharge.

“We have developed a distinct set of sewage care apparatus that can be applied to sewage treatment plants (STPs), septic tanks, and bio-remediation of water bodies. Since the bacterial culture ensures that the water discharged after treatment is unpolluted, the same can be conserved and used for other purposes,” explains Sachin.

Some of the other products in the startup’s portfolio include composting systems and personal care commodities.

Presently, Ekam has two manufacturing facilities located in Pune and Ahmedabad. It also has a slew of partners, including NGOs, individuals, and micro organisations, who manage and distribute products in the regions they are put up. Since its inception, the startup has managed to win the trust of more than 500 companies with its sustainable products – CocaCola, TATA, Essar, Unilever, L&T, and Indian Oil, to name a few.

In the last seven years, Ekam Eco Solutions has contributed a great deal to the environment through its eco-friendly offerings. Having sold about 12,000 units of waterless urinal systems, kiosks, and many more of its other sewer treatment products, it has helped save one billion litres of water. Further, it has been diverting at least four tonnes of waste away from landfills every day.

The Naval Base at Chilka in Odisha, the Eastern Naval Command at Visakhapatnam, INS Sardar Patel at Porbandar in Gujarat, and the Indian Railways also form part of Ekam’s customer base. The startup has been setting up urinals and composting systems in these institutions for quite some time now.

“I have been buying a range of cleaning solutions from the startup after a friend of mine recommended it to me. Just the fact that they all are chemical-free and tend to keep natural resources intact motivated me to use them. Besides, they cost almost the same as other conventional cleaners.”

The Delhi-based startup is planning to expand its endeavour of providing affordable and environment-friendly sanitation systems by reaching out to more geographies in the future. It is also exploring solutions to knock out the usage of plastic in its packaging by collaborating with rePurpose, a global campaign-focused on offsetting plastic footprints.