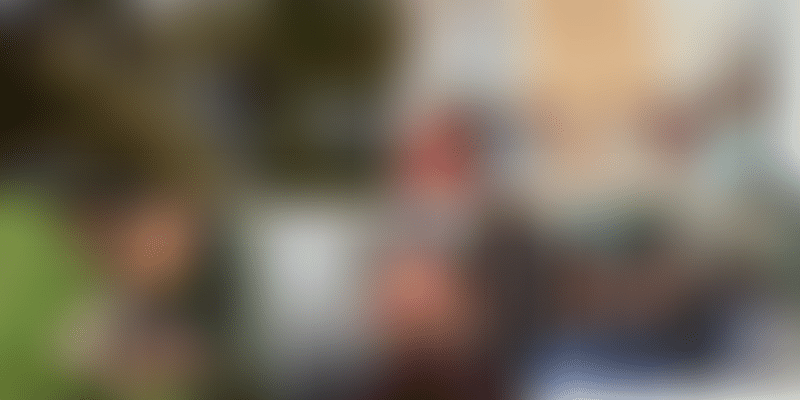 This week, SocialStory saw stories of passion and determination that are aiding and empowering different communities across the country.

This week, SocialStory also witnessed the story of Madhesh, who was once trapped in a quarry, but was able to turn his life around once freed. In addition, we saw two non-profit organisations – one to empower youth and one to create mental health awareness.

22-year-old helping villagers in the Sundarbans improve their livelihoods

The outbreak of the pandemic and the damage caused in the wake of Cyclone Amphan, saw homes swept away and crops inundated with saline water, further affecting their already sparse living.

It was during the efforts to rehabilitate and rebuild the homes of the villagers that 22-year-old Kolkata native Ayush Sarda became involved with collecting funds to build 1,200 homes in eight villages in the locality. Ayush’s interest in the voluntary and non-profit sector began in school when he and his friends at La Martiniere collected relief material to send to the victims of the Nepal earthquake in 2015.

Ayush decided to leverage the traditional income stream of the area (Bali village) and created an organic honey brand under which the villagers could sell hibiscus honey. The flower grows in abundance in the area and is a favourite with the bees, owing to its high pollen content.

We are originally from Krishangiri District in Tamil Nadu. Our ordeal began when my parents took a Rs 5,000 loan from the quarry owner’s father. They forced us to start working at the quarry to repay the loan. Over the years, the owner and his son would not let us leave, and told us we now had to repay Rs 50,000 because of the interest that had collected on the loan.

When I began working as a child, my main job was to break rocks into small pieces. My parents worked in the main quarry manually breaking the larger masses of rock. We were paid only about Rs 100 a day depending on the number of rocks we cut. We were often cheated on this wage as well. The labourers were forced to buy provisions only from the owner’s shop next to the house. We were constantly watched and never allowed to go out as a family. Only the men could go out now and then.

Read more about Madhesh story on our Survivor Series.

Between 1990 and 2017, one in seven people from India suffered from mental illness ranging from depression, anxiety to severe conditions such as schizophrenia, according to a study. However, 2020 saw another wave of mental health attributed to the fear arising from the pandemic and the isolation due to the ensuing lockdown.

To address the issue, the Indifamily Foundation started the initiative Pehla Sukh - India Wellness Movement during the pandemic to impact individuals through innovation. The Indifamily Foundation aims to make a positive societal impact through diverse community engagement initiatives such as Seed Rakhi, Ek Chitthi, and Folk Fusion which have created employment, empowerment, and awareness.

Under the larger umbrella of the In-School Preventive Health programme, Salaam Bombay Foundation (SBF) educates students between Class 7 and 9, about the harmful effects of tobacco and transforms them from being ‘at-risk’ to advocates of how education and skilling can lead to opportunities for a better life.

In fact, the programme also helps children build their confidence and self-esteem, and helps them lead change in their communities. They work directly with lawmakers, media, and communities to advocate effective tobacco-control policies through Bal Panchayats and Bal Parishads at the school level.

The Foundation has mapped all the key triggers for secondary school dropouts and has curated a programme, combining alternate and innovative education tools within the formal secondary government school system.

To Anushree Thammanna, animals are more than just pets; she firmly believes in ‘Adopt, don’t shop’. As a young five year old, she was never allowed to have dogs at home, so she used to look after the dogs on the street. And since then, dogs have become an inseparable part of her life.

Anushree works as a project manager with a design firm called Universal Thirst, and also runs a small business called ‘Crazy Dog Lady Projects’, an online platform that sells handmade articles. A part of the profits go into animal rescues and local animal shelters. She is also now on the road to becoming a canine behaviourist.