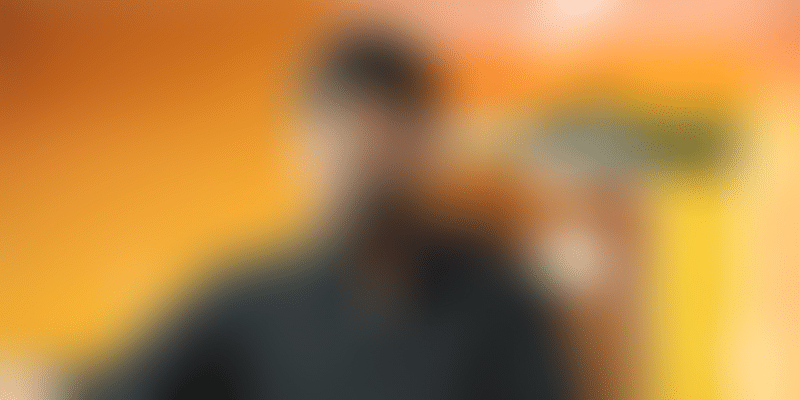 Rajavel Nagarajan quit his job as an RJ at Radio City Chennai to sustain and maintain the native Umblachery breed of cattle which is nearing extinction.

Around 13 years after he became a radio jockey, Rajavel Nagarajan – or RJ Love Guru, as the world knows him – felt different when his monthly salary didn’t get credited this January.

“I had a good job, and was seeing quite a bit of success, but an unfortunate situation called for a lot more of my time and dedication, and that’s when I decided to quit being an RJ,” Rajavel tells SocialStory.

Though primarily based in Chennai, Rajavel hails from Thiruvarur district. His hometown is also home to a unique breed of cows and bulls – the Umblachery.

The Umblachery is an Indian breed of zebuine cattle (those that have a hump on their backs) unique to the Cauvery delta districts of Thanjavur, Thiruvarur, and Nagapattinam in Tamil Nadu. However, due to their low milk production as compared to other cattle, and subsequent low demand, their numbers have kept on dropping.

In fact, with a relatively low population, the Umblachery is one of the most endangered cow species in the country, Rajavel says.

Disheartened by seeing the state of these cows, Rajavel decided to quit his career as an RJ and move back to his hometown to take care of this breed, and also encourage other farmers to use this breed.

“During the initial lockdown, I got about 100 days of uninterrupted time to be at my native place. That’s when I learnt that many people didn’t want the Umblachery breed,” notes Rajavel.

“The quality of the milk is quite high as compared to other breeds, but the milk production is only about two to three litres in a day, which is not much for someone who looks to sell the yield,” he adds.

These cows are not fed with the processed feed that is usually fed to cattle, but are fed with grass that grows in the soil which is rich in salts and minerals, improving the quality of milk. Rajavel explains that is also why the Umblachery name came from the word ‘Uppalarchery’ (a family of grass in Tamil).

To understand the difficulties in raising this breed, he interacted with the locals and realised that apart from the low milk output, they didn’t know much about the value-added products that can be made with the cow’s milk, owing to their poor financial conditions.

So, with his vast social media presence and the popularity that he gained through his radio show, Rajavel decided to help these farmers as well as the animals.

During the lockdown, he also started a YouTube channel, ‘Pesu Thamizha Pesu’, which garnered over one lakh subscribers within six months. He also started creating awareness about the breed.

In addition, he also created a platform where anyone can adopt an Umblachery from any part of the world, and Rajavel and his team would conserve them. The adopters would also become the legal owners of the cow. They also have the option of donating the cows to a low-income family so that they can raise it and earn a livelihood.

So far, he has given these cows to about 10 people in his village, and is guiding about 100 members through the project. These members already own an Umblachery, and Rajavel encourages them to maintain and sustain this breed, spread across the villages of Kumbakonam, Nagapattinam, and the coastal areas of the Cauvery delta districts.

While these owners are quite well-versed in the knowledge of taking care of the cow, little to nothing is actually documented. So, Rajavel made it his mission to document this data and highlight the breed’s unique features – the milk yield, its nature, the food it consumes, the lifespan, and others.

“While this should be done by veterinary colleges and academic institutions, but is ignored because it doesn’t fall into their category of research species. Most people are unaware that this breed is nearing extinction,” shares Rajavel.

Rajavel came to understand that saving the breed needed more of his time and effort. So, in January 2021, Rajavel finally decided to quit his job as an RJ to dedicate his time to caring for these animals and bringing them out of the endangered species list.

“In fact, nobody believed me when I told them this was going to be my last radio job. I then show them the video of my campaign, which took most of them by surprise,” he says.

Rajavel approached the Director of Animal Husbandry of Tamil Nadu to express his concerns over the nature of breeding centres back in his hometown. The calves are sold based on their weight, with the standard charge being about Rs 250 per kilogram of the calf.

“A calf weighs about 100 kilograms, which makes it about Rs 25,000 – an unaffordable expense for the poor. Moreover, these cows are exported in bulk for a huge amount, making things worse,” says Rajavel.

“With my social media presence, I am trying to create awareness about the breed and getting more people on board for this project,” he adds.

Rajavel also doesn’t subscribe to animal cruelty. While beef export from the Umblachery bulls is common, he urges people to maintain them to sustain the breed.

Rajavel currently has about 25 cows at his place, which costs him a minimum of Rs 60,000 per month for their upkeep.

He predicts that things are going to get difficult over the next few months since it is the harvest season. Many of the cows are pregnant and a doctor needs to be available to keep a check on them, which is another challenge considering the limited connectivity in the rural areas.

“We have about three people who are currently taking care of the farm. My parents are also very actively involved in maintaining these cows,” says Rajavel.

At the moment, his efforts are being funded by a crowdfunding campaign on Milaap. Through the fundraising campaign, he has been able to raise about Rs 3.87 lakh. This amount was used to build a shed which can house about 25 cows. Moreover, he is also being supported by friends and others who came to know about the project.

After leaving a job that paid him about Rs 1.5 lakh a month, things were looking down for Rajavel; his family was also initially quite against the decision. But Rajavel made them understand that this was his need of the hour. He is also able to monetise his YouTube videos and is making more videos regularly.

Even though the pandemic left people grappling for livelihood, in his mid-30s and as a father of two young children, Rajavel had to make a very difficult choice.

“Things are a bit of a struggle right now, but I get a lot of satisfaction. Moreover, things will clear up in the days to come,” he says, with a heart full of hope.

Inspired by Karthikeya Sivasenapati, an organic farmer who has a research centre for the Kangayam breed and also played a key role in revoking the ban on Jallikattu, Rajavel also plans to start his own centre for research.

“I want to create a research foundation at Thiruvarur, where we can completely document the breed details and increase their numbers. In the next five years, I hope to introduce at least 1,000 people to Umblachery conservation,” he plans.

According to the animal conservationist, apart from producing milk, the cow can serve other purposes as well. If 1,000 families adopt the Umblachery, Rajavel says that the excessive cow dung and cow urine can be utilised to make manure and Panchagavya (a kind of fertiliser that uses five bi-products derived from a cow). In the long run, he hopes to run a self-sustaining village with its own milk co-operative.

He wants to integrate the research centre with agriculture to encourage organic farming for a variety of crops because the farmers believe that the soil quality is limited to very few crops. So, he wants to help them understand how they can sustain the soil by limiting pesticides and going natural.