Born into poverty, this Chennai cop secures a place in Tokyo Olympics 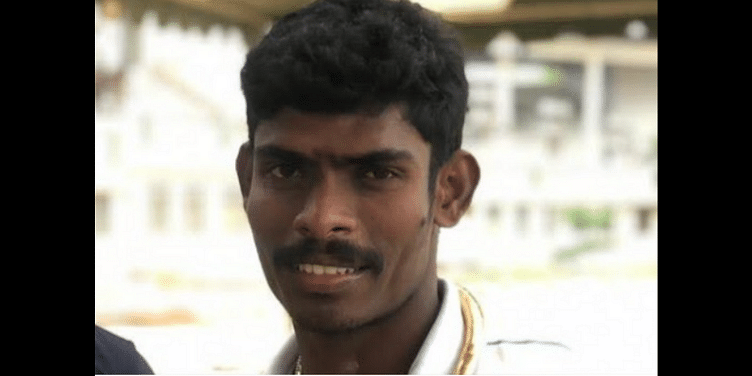 Twenty-five-year-old P Naganathan from Chennai is selected to represent India in the 4*400 relay at the Summer Olympics in Tokyo, Japan.

Chennai resident 25-years-old P Naganathan has been selected to represent India in the 4*400 relay at the Summer Olympics in Tokyo, Japan.

Born into poverty, Naganathan did not have access to quality sports gear and used to train barefoot. He said, “When I began running races in school, I couldn’t afford shoes. So, I ran barefoot. When I made it to district sports meet, my school gifted me a pair of shoes.”

According to The New Indian Express, he now works as a police officer. However, in the past, he has had to work odd jobs, including working at construction sites, to meet ends.

He studied BA History as he couldn’t afford the fees to pursue engineering.

“I used to work part-time to cover college fees. At the end of the semester, my fees would be reimbursed, considering my performance in sports,” he said.

Meet this former child labourer, who feeds about 2,000 people every day

In 2017, Naganathan got into the police as an Armed Reserve Constable on sports quota. He came into the limelight by winning a gold medal at the All India Police Meet in 2019. Later that year, he also won the CM’s trophy at Jawaharlal Nehru Stadium, Chennai.

Naganathan will represent India in the 4*400 relay at the Tokyo Olympics along with Arokiyaraj from Trichy, Mohammed Anas from Kerala, and Amose Jacob from Delhi.

He told dtnext.in that his coach Prabakaran — a police constable and a Grade 1 Coach — provided him with professional training and helped hone his skills after he joined the police department.

“Not in my wildest dreams I imagine I would get an opportunity to participate in the Olympics. I owe much of my success to my police coach Prabhakaran, the Chennai Police Sports Incharge, and sub-inspectors Paul Dominic and Sivalingam,” he told TNIE.

Do you have an interesting story to share? Please write to us at social@yourstory.com. To stay updated with more positive news, please connect with us on Facebook and Twitter.