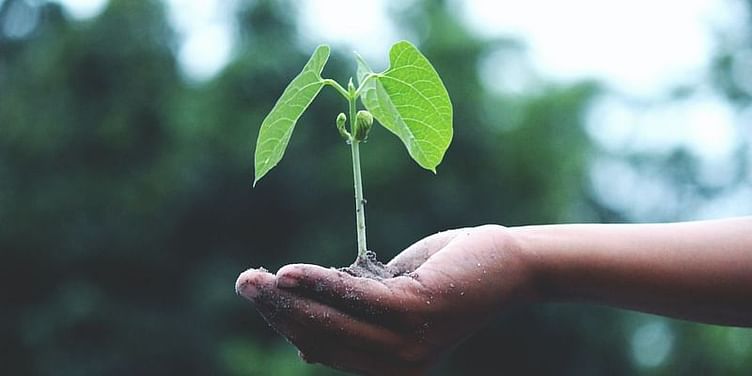 World leaders will fail to honour their climate pledges unless they make "immediate, rapid, and large-scale reductions" to greenhouse gas emissions, a long-awaited assessment finds.

Carbon pollution has risen to such extremes that a key threshold in the fight to stop climate change — limiting global warming to 1.5 degrees Celsius (2.7 degrees Fahrenheit) by the end of the century — will be crossed within the next 15 years.

That is one of the key findings from a landmark report approved by delegates from 195 countries and published Monday by the Intergovernmental Panel on Climate Change (IPCC). The analysis, which comes amid record-breaking heat and rains that have rocked rich and poor countries alike, draws on more than 14,000 peer-reviewed studies to assess the physical science of climate change. It paints a sober picture of a planet warped beyond recognition by members of a single species in the space of just a few hundred years.

"This report is a reality check," said Valérie Masson-Delmotte, co-chair of the IPCC working group that prepared it.

By burning fossil fuels and releasing gases that heat the Earth like a greenhouse, people have warmed the planet by about 1.1 C. Across the world, the report shows, this has made heat waves and heavy rains stronger and more common. The share of tropical cyclones with high wind speeds has risen. In many regions, droughts are drier and last longer.

Since the fifth major IPCC assessment of the physical science in 2013, scientists have also grown more certain that climate change has made individual fires, floods and storms stronger. There is a simple solution to prevent weather from getting worse — to stop burning fossil fuels — but governments, businesses and individual people are failing to do so fast enough.

"When I look at the results we found on climate extremes, then I'd say we are in a climate crisis," said Sonia Seneviratne, a scientist at the Institute for Atmospheric and Climate Science at ETH Zurich in Switzerland, and co-author of the report. "We really have a very big problem."

How fast is climate change heating the world?

In 2015, world leaders pledged to limit warming by the end of the century to well below 2 C — ideally 1.5 C — in a global effort to avoid escalating catastrophes. But they are instead pursuing policies that put the planet on track for 3 C, according to German-based research group Climate Action Tracker.

While the 1.5 C target will be broached within a couple of decades, temperatures could be brought back below it by the end of the century under the report's most ambitious scenario for cutting pollution. As well as rapidly decarbonizing the global economy, it would involve sucking enormous amounts of CO2 out of the atmosphere. But the technology to do so is expensive, and there is little evidence to suggest it could work at the scales needed.

"It's much easier to avoid emissions now rather than blowing past our carbon budget and having to take a lot of emissions out of the atmosphere again," said Malte Meinshausen, a scientist at the Potsdam Institute for Climate Impact Research in Germany and co-author of the report. "That price tag is higher than a lot of the low-hanging fruit that we have today."

What is climate change doing to the planet?

Across the globe, extreme rains will grow 7 percent heavier for each degree Celsius of global warming. More tropical cyclones will be classed in the highest categories 4 and 5. Asian monsoon rains will fall harder and at different times.

"With every additional increment of global warming, changes in extremes continue to become larger," the authors wrote.

Heavy rains that used to hit once a decade has already grown 30 percent more likely. But with a further 3 C of warming, they will strike two or even three times per decade and unleash a third more water when they do fall. Droughts that used to occur once every 10 years will leave soil barren and infertile four times per decade instead. Heatwaves — already 2.8 times more likely and 1 C hotter than before the industrial revolution — will be 9.4 times more likely and 5 C hotter.

And the greater the warming, the greater the risk of the climate warping out of step in terms of temperature rise. The report projects heat waves that used to scorch the land once every 50 years will, in a world with 4 C of global warming, instead of strike 39 times over the same time period instead. "The report clearly sets out the evidence of the urgency of action," said Veronika Eyring, an Earth systems scientist at the German Aerospace Center and another co-author of the report.

Some of the changes to the climate will spur further warming. Natural carbon sinks in the ocean and on land become less effective as the planet heats. Higher temperatures will thaw even more permafrost — releasing vast quantities of methane into the atmosphere — while melting snow and ice cover that reflects heat away from the planet. The Arctic is likely to be practically free of sea ice in September at least once before 2050.

Still, scientists say permafrost thaw, the most worrying of these, is not enough to lead to runaway warming within a dramatic, self-reinforcing acceleration of climate change. But that would make the fight to stabilize the climate harder. Higher levels of atmospheric pollution mean stronger feedback loops that become harder to predict.

Some processes have also started that cannot be stopped. Sea levels are expected to rise more than 0.5 metre (1 foot 8 inches) this century. This has already started to make coastal floods stronger and more likely and will continue to do so in the future. Scientists say that uncertainties in how ice sheets respond to warming mean that far worse extremes – 2 meters by 2100 and 5 meters by 2150 under a "very high" emissions scenario – can't be ruled out.

Every bit of climate protection helps, said Douglas Maraun, a scientist at the Wegener Center for Climate and Global Change in Austria and also a co-author of the report. "Every degree – or 10th of a degree – of warming that is avoided reduces the risk of extreme events. Perhaps that helps us not to bury our heads in the sand."

Climate change: Is ecoguilt changing the way we travel?

The biggest sources of the greenhouse gas emissions changing the climate are coal, oil and gas. But the report's 43-page summary for policymakers, a document prepared first by scientists and then approved line-by-line by government delegates, does not contain the words "fossil fuels."

IPCC authors are not allowed to comment on the approval meeting itself, which is confidential, but "in the material that the scientists write, absolutely, fossil fuels get mentioned," said climate scientist Meinshausen. But "even while we lose some words, it is a remarkable achievement to have in the end the agreement from all governments. Not a single government in the world can now turn around and say they don't believe what the IPCC wrote."

"The science stands for itself and was not watered down in the process," added Friederike Otto, a climate scientist at the University of Oxford and co-author of the report.

The IPCC report is the first instalment of three and comes ahead of the COP26 climate summit in the United Kingdom in November. World leaders will discuss solutions like promising to stop burning coal by 2030 and fulfilling a pledge made by rich countries to pay poorer ones $100 billion a year to adapt to climate change by 2020. They have so far failed to do so.

(This article by author Ajit Niranjan was originally published on Deutsche Welle.)

Startups that are invariably aligned to UN 2030 sustainable development goals