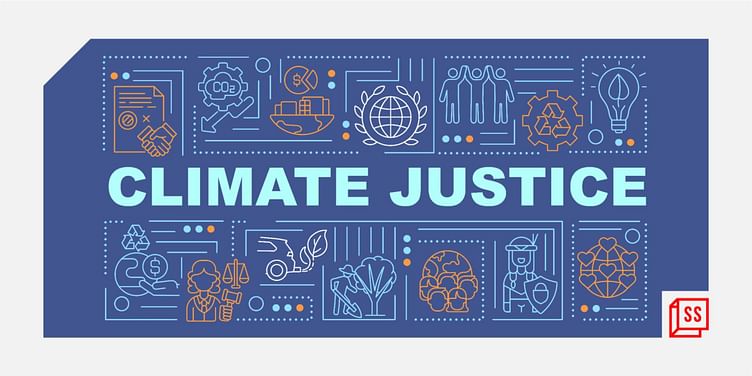 Our judiciary has meticulously safeguarded the environment during the last four decades. But can our laws and experiences effectively address climate change consequences?

These are some of the loud warnings we hear from scientists, environmentalists, conservationists, naturalists, and of course, often from journals and journalists — including social media stalwarts.

There are people who retort that India has no Climate Change Law. Countries like Sweden, the UK, New Zealand and France have enacted CCL already; India hasn’t done yet. Undeniable truth but does India need one? Senior-most lawyers note that those pre-independent and post-independent laws enacted by the British and Indian lawmakers are sufficient to fight Climate Change.

Six ways to reduce your carbon footprint while at home

Beginning with ‘seashore and smoke nuisance, fisheries, factories, elephants and birds’ acts brought before India’s freedom and independent India continuing with ‘environmental policies, atomic energy, motor vehicles, water, air, wildlife, forest, environment appellate authority, environment and green tribunals, environment impact assessment, biodiversity Laws along with eight National Missions, institutions and a MoEF&CC, India has as many diverse laws as needed to protect the environment and mitigate Climate Change but young law enthusiasts warn us that none of those Acts and Laws indicates and mentions the words ‘climate change’.

We certainly hear some scientific whispers, as if not to disturb the officialdom, ‘Climate is an essential part of environment, isn’t it?’ ; but the babus wake up and flaunt and wave the umpteen number of ratified international conventions and bilateral, tripartite and multilateral agreements, to remind us of ‘Vienna Convention, Nairobi Convention, Brundtland Report, Montreal and Madrid Protocols, UNFCCC, CBD, Rio Declaration, UNCCD, Kyoto Protocol and many more conventions and protocols’- to recollect a few. Most of them are Soft Acts and some of them are Hard Acts based on the strength of their legal binding on nations.

‘All these ratifications and legal obligations guarantee the sustenance and protection of environment and efficient mitigation of Climate Change, don’t they?’- the babus ask. No, they don’t because Soft Acts are too soft and Hard Acts are not sufficiently hard. Knowledgeable pundits say ‘India is a developing country.

Yet, we have voluntarily initiated climate actions; we need not emulate developed countries in enacting a Climate Change Law. Is this true? India has many number of laws relating to the environment. Article 21 implies the right of its citizens for a healthy environment, Article 48A empowers the nation and states to protect and improve the environment, Article 51A underlines the duty of every citizen towards our natural environment as a fundamental right.

Our judiciary has immensely proved its resolve through great judgements meticulously safeguarding the environment, during the last four decades. With all these laws and experiences, can’t we effectively address the impending carbon crisis and climate change consequences? No, we can not.

We have to control and regulate GHG emissions, estimate Social Cost of Carbon, implement Emission trading schemes, creatively indulge in Carbon Pricing, Accounting and Offsetting, provide for Climate Financing, Sustainability reporting, PAT, NDC and also we have to prove our common but differentiated responsibility to the rest of the world and our future generations.

Unregulated Climate Change mitigation and adaption efforts, however deeply dedicated they are, will certainly go for an uncontrolled chaotic spin. It’s time India wakes up to enact its exclusive and all inclusive Climate Change Law.

India has to streamline and assemble all the myriad rules and codes in relation to the environment and its aspects, under “Indian Environmental Law” and bring in all new regulations and controls, to mitigate and address climate change catastrophes, under “Indian Climate Change Law”.

Using these powerful acts, India can remind its citizens of their duty to protect, restore and manage their natural environment effectively and the nation can regulate its mighty carbon contributing corporates and industries conveniently and deftly.