Is solar power the answer to climate change? 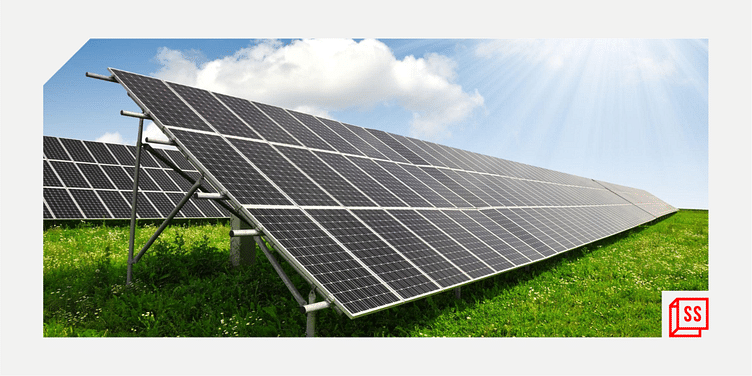 Considering the global economy’s dependency on fossil fuels, experts believe that solar power could be the answer to countering climate change.

Regardless of what contrarians think, climate change is real and happening right now.

The long-term impacts are scary – soaring temperatures, increasing precipitation, unprecedented heatwaves, and extreme natural calamities. However, we don’t need to wait for another 50 years to understand climate change, as most of us are reeling under it right now. Think of the rising cost of vegetables and fruits, the reduced nutritional value of most foods, change in season and weather patterns, and sinking glaciers.

As the global leaders work their way to adopting new practices to counter climate change, it’s time to embrace alternative ideas. Considering the global economy’s dependency on fossil fuels, experts believe that solar power could be the answer to countering climate change, at least to a considerable extent.

It is no secret that the extraction of fossil fuels is expensive and has a huge impact on the environment. Also, these fuels need to burn in order to produce power or energy, which itself is a massive concern. Just by shifting the focus on solar, it is possible to minimise the dependency on fossil fuels, which are anyway limited in resources.

Harvesting solar energy is all about space and weather – cities that have an ample number of sunny days can have solar panels everywhere. These solar panels can be installed over buildings, unused lands, and even water bodies. In fact, floating solar plants are likely to be a model for the future in many countries.

No more degradation of the land

Extraction of fossil fuels involves drilling deep underground wells, which has a consequential impact on the environment. Oil and petroleum companies rely on extreme methods, including the injection of gases and chemicals into the reservoirs, to maximise production.

The emission of greenhouse gases remains a concern, and the contribution of energy production is more than 25 percent as per the US Environmental Protection Agency.

Solar power systems have an average life span of 25 years. In other words, when you install solar panels for your home, you are reducing your dependency on coal for more than two decades. Coal, as we all know, remains the key source of energy production for commercial and domestic use.

There are almost two tons of greenhouse gases (primarily carbon dioxide) produced for each ton of coal used. Solar panels produce clean energy, which unmistakably is better, and in the long run, this switch will eventually benefit local ecosystems.

How young people can help tackle climate change across sectors

Minimising the release of toxic waste

It is no secret that industrialisation and energy production leads to the production of toxic waste, and tons of these pollutants and toxic waste end up in water resources, landfills, and abandoned sites. Dumping facilities in many big cities worldwide are in a pathetic state, and people living around these areas are dealing with unusual diseases, allergies, and health concerns.

The only way to reduce toxic waste is to increase the focus and use of clean energy sources. Solar energy, just like geothermal and wind energy, can be harvested without additional toxic waste concerns.

In other words, we can minimise the damage caused to our land and water resources, which are already grappling with effects triggered by climate change.

Let’s get real. Global energy requirements are increasing massively, and with that, corporate giants and oil companies are investing hugely to intensify the production of fossil fuels. This, in turn, is increasing greenhouse gas emissions, which remains the key concern in triggering climate change.

Experts agree that reversing the damage could take considerable time, but it has to start with a sustained reduction of CO2 gases. Solar energy paves the way for that, at least in many countries that have the scope to harness this cleaner form of energy.

There has been an inside battle between the use and efficiency of cleaner energies. While wind and geothermal are potential resources, the commercial use of these energies has been limited so far, primarily because of limited scope.

On the contrary, the production of solar energy is beyond the nascent stage right now. In countries like India, domestic solar players have made it possible to invest in solar PV panels and components at affordable prices.

No wonder, the use of solar energy has increased manifold for both domestic and commercial requirements, and this could be the ideal step ahead for countering climate change.

A sustainable approach for the future

Global leaders are pledging their support to come up with solutions to reverse climate change, but it is a long path ahead. Not everyone is Greta Thunberg, but it is time to minimise our carbon footprint, for which each step would matter. The minimal thing we can do is reduce overall power consumption and focus more on using energy resources that wouldn’t be as detrimental to the planet. Fortunately, solar power ticks all the right boxes.