From Naturopathy to Unani, 5 alternative medicine systems popular across the world 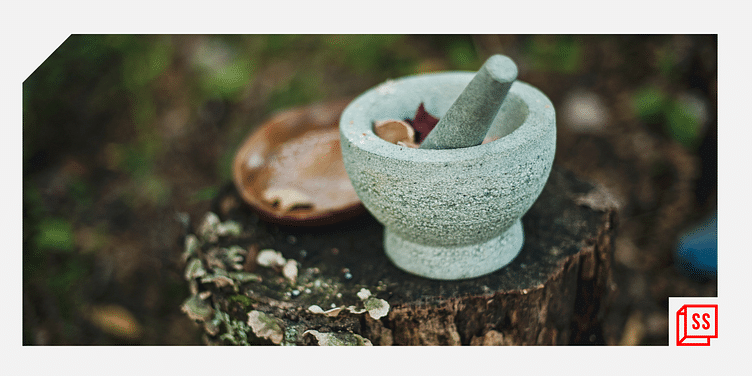 Alternative medicine systems were the order of the day way before modern-day medicines gained popularity across the world.

Ayurveda — which originated in the Indian subcontinent — is believed to be over 3,000 years old. The word is a portmanteau of Ayus (life) and Veda (science) — which translates to the ‘science of life’.

Ayurveda takes a comprehensive approach via herbs, exercise, meditation, massage, exposure to sunlight, and controlled breathing to keep the body, mind, and spirit in balance.

People use this treatment to cure several ailments, including diabetes and heart and neurological ailments.

While scepticism surrounds the benefits of alternative medicine, people across the globe still choose traditional systems for holistic healing.

With origins in Europe, naturopathy diagnoses ailments as an indication that the body’s natural ability to heal itself is compromised. It goes beyond treating the ailment to restoring the natural processes by which the body heals itself.

Naturopathy, which translates to ‘nature disease’, is practised throughout Europe, Australia, New Zealand, Canada, and the US.

In North America, naturopathic practices are based on six principles, including nature’s healing power, identifying and treating the disease, the concept of "do no harm", seeing the doctor as a teacher, the holistic treatment of an individual, and prevention.

The holistic system combines alternative systems like homoeopathy, acupuncture, and herbal medicine, and the often use of more modern practices like bio-resonance, ozone therapy, and colonic irrigation.

Living the healthy life: 5 apps that help you stay fit

Acupuncture is a treatment derived from ancient Chinese medicine, where fine needles are inserted at certain sites in the body for therapeutic or preventative purposes.

The practice involves the stimulation of subcutaneous sensory nerves and the muscles, which leads to the body producing natural stimulants such as pain-relieving endorphins.

Practitioners and patients believe the use of acupuncture is energy or "Qi" (pronounced Chi that flows through channels called meridians in the body), and illness is caused when the Qi is not allowed to flow freely through the body.

The release of Qi leads to the restoration of good health. Acupuncture is believed to provide relief from chronic pain, tension-related migraines, and headaches. Besides, it is used in the treatment of joint pain, toothaches, insomnia, anxiety, depression, and infertility.

Most people say the treatment causes little to no pain, with only a slight soreness after the session.

Unani medicine or Tibb is a traditional Arabian system that can be traced back to the texts of ancient Greek physicians like Hippocrates and Galen, later refined by Arab physicians like Avicenna.

Unani medicine is based on achieving harmony and balance between the body, mind, and the soul. The system believes a healthy body has a balance between seven principles — arkan (elements), mizaj (temperament), akhlat (bodily humour), aaza (organs and systems), arwah (vital spirit), quwa (faculties or powers), and afaal (functions).

The treatment involves balancing external factors, for example, air, water, and food involved in ailments and diseases. If this fails, treatment with natural medicines is prescribed, and diet also forms a significant part of the system.

Tibetan medicine or Sowa Rigpa (the science of healing) is an ancient healing practice from Tibet based on the principle that the basic purpose in life is happiness.

Practitioners analyse the patient’s unique inborn nature or constitution and recommend supportive lifestyle choices. The system goes to the source of the problem to help achieve health by striking a balance. It believes the mind is the source of suffering, and a healthy mind will lead to a healthy body.

Based on the “Four Tantras” that keep the three bodily humours — wind rlung, bile mkhris pa, and phlegm bad kan — in balance, these tantras are —

The pros and cons of two-hour diet plan, as per Ayurveda

Japanese or Kampo medicine system is over 1500-years-old and has its roots in Chinese medicine. Based on herbal formulations, Japanese medicine has around 148 Kampo formulas, officially approved as prescription drugs.

In fact, some doctors use Kampo medicine with chemotherapy in cancer treatment. It is a popular choice for people with gastrointestinal tract disorders and inflammatory bowel diseases. Kampo also prescribes acupuncture and moxibustion but relies primarily on herbal formulas.

During the Meiji period in the 19th century, the system witnessed a decline with rapid modernisation. But in 2006, it witnessed a revival when the Japanese Board of Medical Specialties appointed the member physicians of the Japan Society of Oriental Medicine (JSOM) as Kampo specialists.

How strengthening the rural segment can help reduce pollution

With tides turning in favour of renewables all over the world, where does India stand?