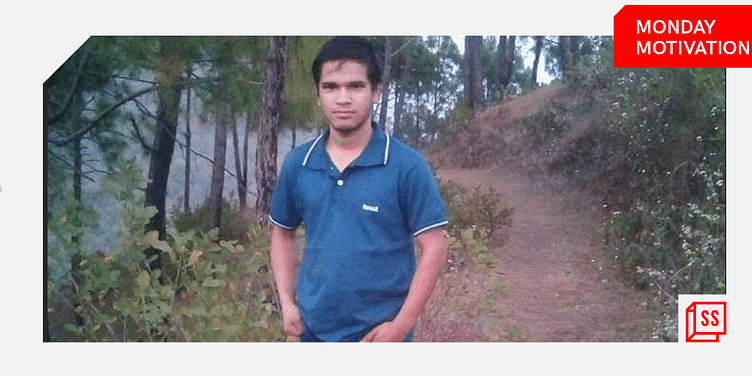 Despite being a college dropout, Neeraj Kukreti is acquiring the right skills to succeed in the hospitality industry.

Neeraj Kukreti grew up in a farming family in the picturesque Pauri Garhwal district of Uttarakhand. The youngest of three children, he lost his mother after a prolonged illness when he was young and is reluctant to talk much about his childhood. He shares that there were struggles, especially when it came to his education.

“We grew up in a very remote area and I had to travel a great distance every day to attend school as there was nothing near my village,” says 25-year-old Neeraj.

“I was forced to give up my education after Class 10 because the journey to school was just too long. I would have to travel three hours one way and even the buses were not regular. So, I decided I would look for a job to bring in some income for the family. I moved to Rishikesh and began searching for a job,” he says. His older brother found a job in Delhi, and his sister married and moved to Haridwar. Neeraj was nervous about whether he would find a job given his lack of education, but he was ready to try anything to get an income.

While looking for work, he was given the opportunity to work as a cook for Tehri Hydro Development Corporation (THDC). He worked there for two years and developed a passion for cooking. Wanting to pursue his dream of being a chef, he applied to Treebo Hotels to work as a cook but was told that there was no vacancy in the kitchen. “They offered me a job in the housekeeping team and I took the job because I saw it as a learning opportunity.”

After working at Treebo for two years, he heard that Lemontree Hotels was opening a premiere property in Rishikesh. “I applied for a job in housekeeping and got in. That’s where a supervisor told me about the Ministry of Skill Development and Entrepreneurship’s Apprenticeship Programme. I applied for the training and got in. The training was very intensive, and they taught us everything--from how to interact with guests to the deep cleaning of the room.”

When Neeraj joined as an apprentice in 2019, he was Attendant Manual Cleaning. On completing the course in 2020, he was promoted to Guest Service Associate – Housekeeping.

Neeraj’s supervisors say that he has also become more confident over time and has a ‘never say no’ attitude when it comes to work. “He is a very punctual and reliable team member of my team. His efforts are always appreciated by upper management, and he is a favourite among our guests,” says Vijay, who runs the apprentice programme at Lemontree.

Despite his success at his job, Neeraj still dreams of cooking and is currently saving money to open a small restaurant one day. He says that people who have not been able to complete their education should not feel disheartened.

“It’s important to have the right skills. A skilled youth workforce will benefit every industry. The hospitality industry has contributed greatly with its capacity to employ so many young people today. With the right skills, you can strive towards excellence in any field. All you have to do is work hard and implement the knowledge you have gained,” says Neeraj.

Meet 5 entrepreneurs whose passions are deeply tied to social causes