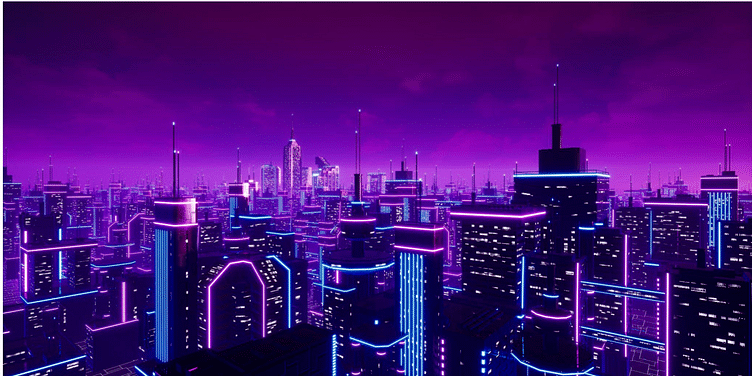 Here are five startups demonstrating how the metaverse can bridge cultural gaps, become a tool for self-expression, or incorporate intellectual property rights.

Ever since the concept of the metaverse took off over the last few years, it has taken the Web3 world by storm with its allure of seamlessly combining our physical and digital lives.

Many entrepreneurs, tech enthusiasts, and users are intrigued by both its gaming side—featuring special avatars, unique player abilities, and designer costumes—as well as other use cases such as virtual retail, advertising, and interactive education

The sector has already attracted massive investments worth billions of dollars from companies like Meta, Microsoft, Apple, and others. As per Bloomberg reports, the global metaverse revenue opportunity could approach $800 billion in 2024. Globally, ﻿Roblox﻿ and Minecraft from Microsoft, as well as Fortnite from ﻿Epic Games﻿ are some of the games generating buzz in the metaverse.

Closer home, Web3 startups focused on the metaverse are finding new ways to apply this emerging technology beyond the elements of gaming and commerce. They are working on building platforms to bridge cultural gaps, develop a tool for self-expression, and incorporate intellectual property rights.

From appearances on Shark Tank India to collaborating with brands like ﻿boAt Lifestyle﻿ and Amar Chitra Katha, Indian Web3 startups are not just generating conversations, but also onboarding celebrities and investors including Rana Daggubati, Peyush Bansal, Anupam Mittal, and others.

Here are five Indian startups that caught eyeballs this year for their unique offerings and efforts to localise metaverse for Indian consumers.

Inside PartyNite, the event world on the metaverse

In 2021, Krishnan Sundararajan founded ﻿Loka﻿, a metaverse multiplayer gaming platform. Players in their avatars can tour 3D versions of famous cities including T-Nagar in Chennai, MG Road in Bengaluru, Marine Drive in Mumbai, and Connaught Place in Delhi.

In a conversation with The Decrypting Story, Krishnan said he wanted to create a game that focused on India.

“I've played several Web2 games, including Hitman with the map of Mumbai, Call of Duty based in Himachal Pradesh or Uncharted in Tamil Nadu, and I realised that when you add localisation to a game, it transforms from just being a game into something magical that connects people. I wanted to create a game that centred around India, its culture, its experiences, its people and thus, I founded Loka.”

Krishnan has also demonstrated Loka on Shark Tank India and broke the deal offer from Anupam Mittal (Founder of Shaadi.com), Aman Gupta (Co-founder of boAt), and Peyush Bansal (Founder and CEO of ﻿Lenskart﻿).

Founded by Farheen Ahmad and Malav Shah in 2021, ﻿Interality﻿ is a virtual engine that offers tools and protocols to build on the metaverse. The startup enables brands to launch their virtual worlds.

Virtual worlds built by Interality allow users to choose from a range of activities, including engagement with Web3 communities, opt for play-to-earn (P2E) games, or attend immersive live concerts and performances.

In conversation with The Decrypting Story, Farheen said, “We’re at the inflection point where computing is progressing rapidly, people are spending more time and money on gaming, and the internet is evolving into the metaverse. There’s a huge opportunity for a content and commerce layer to be built on top of this. As a creator myself, I realised that the tools and technology for creators to build in the metaverse do not exist. We, at Interality, began solving that. Interality empowers creators with the go-to stack for creativity, culture and commerce in the metaverse.”

The startup has also launched GM BLR Cafe, which teleports users into Metaverse centered around Bengaluru.

Walking on water and through pillars: Metaverse app Spatial fails to impress

Founded by Lokesh Rao and Sunil Arora in 2021, ﻿Trace Network Labs﻿is helping individuals project their lifestyle in the metaverse with human-like avatar NFTs.

In an earlier conversation with The Decrypting Story, Lokesh said, “Our avatar is called Buddy. We wanted the avatars to be the replication of an individual—with the same physical attributes—so they could roam, shop, play, and most importantly, be themselves because avatars should essentially be an individual’s manifestation in the metaverse.”

The startup is also building a tech stack that will enable virtual shopping experiences in the metaverse for Buddy avatars.

Founded by Abinav Varma Kalidindi in 2021, ﻿Ikonz﻿is building an Indian metaverse to bring stories, characters and IPs from Indian mythology to the world. The startup is backed by Prasad Vanga and actor Rana Daggubati.

The startup has partnered with Amar Chitra Katha, Tinkle, Suresh Production, and others to bring Indian comic characters into the metaverse.

Earlier in conversation with The Decrypting Story Abinav said, “We work with iconic Indian IPs and brands so we can help them tell Indian stories to the world through NFTs and the metaverse.”

The startup aims to collaborate with IP owners and artists to manage their digital assets.

“Historical as well as contemporary stories from India can be brought to the world by partnering with IP owners and giving them a long-term plan and space to feature in virtual worlds. One day, maybe we’ll even see movie premieres in the metaverse,” he added.

In 2021, Prashant Sharma and Arjun Dhurve founded ﻿﻿Plutoverse﻿, a virtual reality world where people can design their avatars to seek entertainment and live their daily lives.

In a previous conversation with The Decrypting Story, Prashant said Plutoverse was building a “metaverse for misfits.” “We coined the term 'misfits' to describe a group of people who want to live their lives on their own terms and express themselves as they are, and we are building a platform where users can come on board and use virtual avatars to express themselves without the fear of being judged," he said.

The startup aims to help people to find their own communities outside physical boundaries. It enables users to build virtual identities in a shared universe where users don’t just coexist but also interact with others.

(The story was updated with new images.)