What RBI needs for a successful CBDC rollout: Nischal Shetty 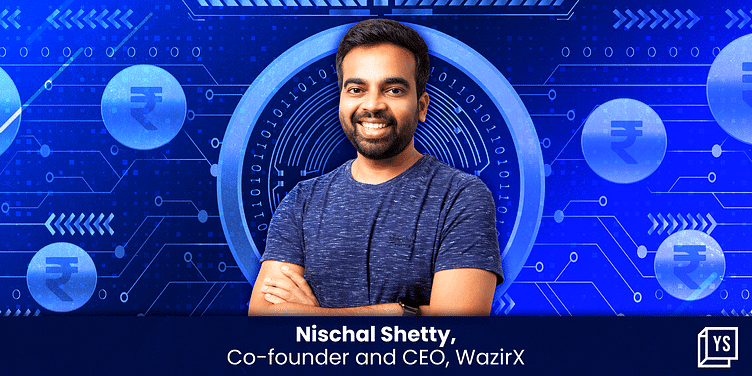 The Central bank’s framework looks promising for the pilot of its digital currency project. It must, however, take cues from the past in order to be successful.

The Web3 era has ushered in an aspiration for a decentralized, transparent system that is accountable and free of existing challenges, especially in the monetary system.

The private sector took cues from Satoshi’s whitepaper and built several projects on blockchain that over the years have gone on to become billion-dollar businesses, contributing to economic growth, employment, and a powerful virtual token-based economy.

While these projects received much criticism initially, their impact became pronounced with greater adoption, making it impossible for global leaders to ignore them.

Discussions around Central Bank Digital Currencies (CBDC) also gained prominence, to the effect that countries started rolling out designs for CBDCs. Till date, 11 countries have launched CBDCs and 15 more are experimenting with pilot projects.

But the idea did not sit well with some Web3 supporters who argued that the centralized nature of CBDCs would contradict the very foundation of a decentralized internet. Many point out that the private sector, which was driving the growth of a new digital payment infrastructure, might face setbacks with government intervention.

The crypto ecosystem faced multiple challenges of its own with respect to security, fraud, illicit transactions, and failure of promising projects. These put investors at risk, with the effects spilling over to other asset classes.

As for India, the country’s stance on crypto was initially not positive. However, investor interest and one of the highest global adoption rates have enabled lawmakers to look at regulating digital assets. While the regulations have not been favourable towards investors, the introduction of a CBDC can actually offer a different perspective for several Indians who have not gotten into crypto.

Some of the obvious benefits of CBDCs are:

These have been established to a great extent by existing CBDC projects around the world and the recent framework released by the Reserve Bank of India, which gives us insight into the design of a digital rupee.

Many are unaware that the concept of a central bank issuing digital money was introduced by the Bank of Finland in 1991. It was perfect on paper, with the ability to solve the cost of printing and handling cash, minimize losses from seigniorage, be anonymous in nature with minimal operations costs, and create financial stability through widespread usage. It was also recognised by international financial institutions.

But there were some difficulties that became apparent once e-money was introduced in the form of the Avant smart card. Merchant adoption was a key challenge, because of which widespread adoption could never happen. The Avant card could not be used for large transactions as it only supported small denominations of money. Lack of infrastructure was also an important reason why it never took off despite the initial buzz. This has served as a lesson as well as a reference point for future projects.

In that context, here are some aspects RBI should consider while issuing a national currency-backed digital money:

1. Real world utility: A CBDC token, though equivalent in value to fiat, should not be used as a bank deposit by individuals. If that happens, it will never become fully functional. Its main function should be transactions. RBI proposes to have an expiry date on the tokens. This could be a good idea initially to boost adoption, but in the long term, might become a liability.

2. Infrastructure development: India has envisioned a truly inclusive way to introduce CBDC by introducing offline tokens that won’t need internet connectivity or smartphones to be functional. But it remains to be seen how well this is implemented. While CBDC would cut down the cost of cash handling, which is significant for banks in India, the initial logistics of issuing the token, ensuring it reaches the last mile, and creating an equally dynamic offline infrastructure to solve accessibility challenges will cost money.

3. Raising awareness: Any new innovation is met with resistance. If people’s attitude towards CBDCs doesn’t improve, adoption could take longer. There is an absolute need to focus on education drives for small business merchants, local brick-and-mortar stores, as well as MNCs and global retail chains that have set up shops in India. With the regional diversity that the country has, the Central Bank could do well to collaborate with private digital asset service providers to drive the education campaign. It would also help to translate the findings of the pilot in regional languages for a wider audience.

4. Technology: CBDCs should be on a public blockchain. If you don’t put it on a peer-to-peer system by default, the idea of CBDC supporting Web3 loses spark. Ultimately, the goal is not to just have e-money but a decentralized, secure, transaction asset that may or may not have a physical equivalent.

5. International recognition: The Indian rupee can be used for global payment settlements and actually be on par with the dollar if it uses the CBDC correctly. A blockchain-based CBDC will by default be one of the global payment options. With the Indian diaspora across the world, and with policymakers advocating for bilateral ties, the digital rupee can disrupt the global payment system. Web3 companies across the globe can also start adopting this for paying local talent in their blockchain-based currency.

6. Interoperability: Since the Central bank will roll out CBDCs with the help of private banks while maintaining a ledger itself, it should provide clarity on whether consumers need to stick to one bank indefinitely if they initially get their token from them. If a user needs to withdraw deposits and transfer to another bank, or chooses not to have an association with banking partners, can they interact with RBI directly to settle payments? These questions might arise with time and consumers would want full clarity before they start adopting on their own free will.

The RBI framework looks promising for the pilot of its CBDC project. It has some interesting outlook on the utility of a digital rupee and establishing a new identity for the currency. The road ahead needs to be more integrated with private partners who have experience with digital asset rollouts, global think-tank leaders who are advising financial institutions on CBDC frameworks, and also a sentiment survey of the audience to create the best possible version of a CBDC.

Nischal Shetty is a renowned entrepreneur with more than a decade in building and scaling global products out of India. A software engineer by degree, he has founded two successful startups–Crowdfire, a social media management product with over 20 million users, and ﻿WazirX﻿, India’s largest crypto exchange by volume with over 10 million users. At present, Nischal is building Shardeum, among the first Layer 1 blockchain from India. It will address the scalability issue of blockchain. Nischal’s also an investor/adviser to several cutting-edge startups.