Happy Father’s Day: Words of wisdom from the startup ecosystem 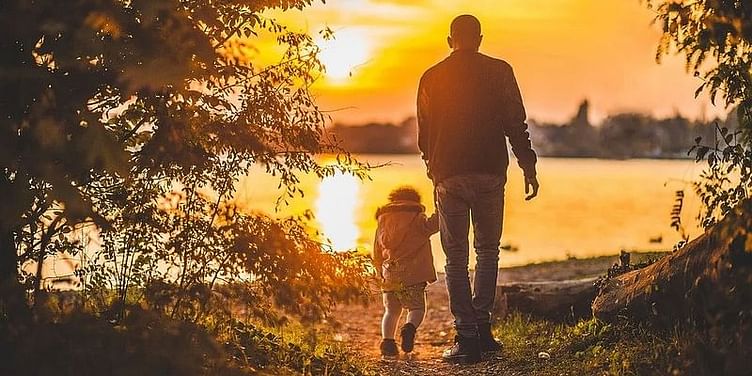 On Father's Day, YS Weekender reached out to a few entrepreneurs and VCs who fondly spoke about their dads, how fatherhood has changed them, and more.

He is your first best friend, your guide, your support system — he is nothing short of a “superhero.”

That’s what fathers are to their kids and more. Our dads take care of everything we ask them, and their love knows no end.

For instance, my father always used to say, “Don’t let anyone think that you can’t do a job. It’s okay to fail but never give up. If you think you are failing, take a step back and retrospect, and come back determined to tackle the job at hand.”

These words still reverberate when I face a difficult situation, but his wisdom helps me get going every day.

Today is Father’s Day — a day specially created to celebrate our dads, their many achievements, and to be grateful for their presence and wisdom in our lives.

On this special occasion, Michelle Obama, the former First Lady of the US, took to Twitter to share a picture of her dad. She wrote: It’s almost #FathersDay, so I’m thinking a lot about my dad and reflecting on some of the memories we shared growing up. I’d love to hear about the fathers in your life—what qualities you value in them, what makes them unique, and what the best advice they’ve given you has been.”

It’s almost #FathersDay, so I’m thinking a lot about my dad and reflecting on some of the memories we shared growing up. I’d love to hear about the fathers in your life—what qualities you value in them, what makes them unique, and what the best advice they’ve given you has been. pic.twitter.com/ImkYRPS5oU

YS Weekender, too, reached out to a few entrepreneurs and VCs who fondly spoke about their dads, how fatherhood has changed them, and more.

Ritesh Banglani, Partner at Stellaris Venture Partners, and a father of two, says,

“I wish for my kids to have a fulfilling childhood. My wife and I want to ensure our children live their life as it happens, not in anticipation of the future.”

He adds, “Fatherhood has been a big factor in my personal growth. Nothing makes you feel more like an adult than being responsible for another human being — their safety, well-being, physical and intellectual development. Raising a family and negotiating each bump in that road made me feel more capable, more in control than any other time in my life.”

Ritesh shares that fatherhood taught him the limits of his own locus of control and how to let go more in other aspects of his life too. “I learnt soon enough that a child is not a lump of clay to be moulded into shape by the parents. They are a full person with their own mind and soul.”

Manun Thakur, Managing Director, Veda Rehab & Wellness, who writes letters for his two kids sharing his life learnings, shares a similar feeling. He wants his kids to be the best human beings possible, full of kindness, empathy, and humour. “And, to be fully committed to whatever decision/task they take on professionally,” he adds.

“My younger son shares my love for physical activity and values frequent and affectionate conversations. So we walk and run together, climb hills when we travel, and chat with each other several times a day.

“My firstborn enjoys more intellectual pursuits and is a sucker for games and stories, so I enjoy solving puzzles and learning history with him,” Ritesh shares.

While he is worried about the effects of the lockdown on his kids, Ritesh confesses that he is grateful that he could spend his days with them while they’re still young enough to appreciate it.

Similarly, Manun says he loves spending time playing Lego and doing painting with his kids. He also teaches them to live up to their commitments, “even if it means losing money and running their business or life debt-free.”

“I don't think there is a more pure form of love between a parent and a child,” he says.

Both Ritesh and Manun opine that fatherhood has helped them become calm and patient.

Akshay Chaturvedi, Founder and CEO, Leverage Edu, recalls, saying, “My dad has meant everything to me from as far as I can remember. Putting me into a school, which was far outside our status, buying me things that would help me fit in, making me read maniacally so that I can be good in English, and even standing right by me in every fight — it’s been incredible.”

For Akshay, his father has been a sturdy pillar on whom he can lean on. He says, “My father, via his actions, has taught me to always be the hardest working person in any room. He has taught me that “work ethic” is everything because you owe it to everyone you work alongside, their aspirations, needs, and dreams too.”

An important life lesson that Akshay takes from his father is to “prioritise taking care of the family over everything else.”

Ritesh says his father gave him two of his biggest loves in life — a love for adventure and the outdoors, and a love for cricket.

As a field scientist, his father spent six months a year in the jungles, deserts and hills of India, living in tents and spending all day outside, Ritesh says, adding, “My brother and I spent every winter vacation camping with him, living this life of impossible adventure. To this day, I need to nourish my love for the outdoors at regular intervals.”

Till his teen years, Ritesh watched cricket exclusively with his father, who took him to the stadium for games, shouted advice at the captain from his living room, and helped him develop a non-partisan love for the sport.

“Incredibly, he supported me travelling alone to another city to watch a one day game as a 15-year-old,” he recalls.

“To paraphrase Leo Tolstoy, the kinder you are, the more kindness you find in others.”

To Ritesh, this is the cheat code to a happy life and one that he can inculcate in his children.

Passing on a piece of wisdom, Manun says, “A mother is prepared while carrying a child in her body, but no one prepares a father. So it will take time in most cases for you to start feeling emotional towards your newborn child, and it will happen very fast once the child starts recognising you or they start reacting to you — that's when real fatherhood kicks in.”

(With inputs from Sohini Mitter and Shreya Ganguly)