Academy Awards 2020: Remembering artistes who made India proud at the Oscars 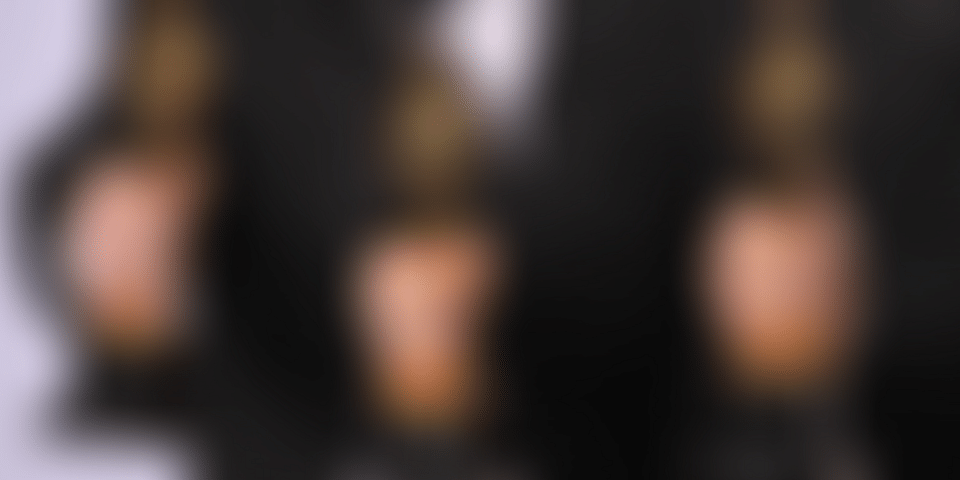 From Mira Nair, Ismail Merchant to Resul Pookutty, here are some of the Indian artistes who made India shine at the Academy Awards...

With the 92nd Academy Awards coming up on February 10, 2020, actors, filmmakers, visual artists, and musicians are gearing up to see who takes home the golden statues.

The International film category is one in which Indian films have often been shortlisted and nominated.

This year Bollywood film Gully Boy directed by Zoya Akhtar starring Ranveer Singh and Alia Bhatt was extremely close to making it to the nominee list, but did not succeed.

Ninety-one films made it to the category of International Films, however only ten films are advancing to the final round. Some of the noteworthy films include Russia’s Beanpole, France’s Les Miserables and Czech Republic’s The Painted Bird.

Although no Indian film is making it to the red carpet this year, YS Weekender brings you some of the Indian artistes who gave us a place in world cinema....

Often referred to as the ‘Mozart of Madras.’ Indian composer, singer and music director, AR Rahman is known for his breathtaking vocals and soulful melodies. He is one of the best-selling artistes of all time.

Rahman has made it to the Oscars twice so far, and in the past won six national film awards, two Grammy awards, and a Golden Globe, amongst other notable awards.

In 2011 he was nominated for best original song If I Rise and best original score for the survival drama film 127 Hours’, directed by Danny Boyle and starring James Franco.

In 2009 he won Best original score and song for the film, Slum Dog Millionaire, titled Jai Ho. This film was also directed by Danny Boyle.

AR Rahman has a unique individual style when it comes to composing songs. He combines traditional beats with electronic fusion sounds and has sung in English, Hindi, Tamil, Telugu, and Malayalam.

In 2009 A.R Rahman was named as one of the ‘World’s Most Influential People’ by Time magazine.

One Heart Foundation, a concert film by the YM movies team covers the life story and musical journey of the singer.

A lesser known fact about the singer is that he is an avid philanthropist and supports causes close to his heart. He founded the KM music conservatory in Chennai, a higher education institution for Hindustani and western classical music.

Be the boss: Power dressing is the key to looking good and feeling great

With powerful vocals and a voice with a healing touch, Bombay Jayashri is one of the most popular Carnatic singers of our time. Her music is extremely soothing to the ear.

She has a number of awards to her name, in 2012 she was nominated at the Academy Awards for Best Original Song, Pi’s Lullaby, for the film, Life of Pi, directed by Ang Lee based on Yann Martel’s novel with the same name.

She has represented India internationally and has put up performances at the Lincoln Centre for Performing Arts, Carnegie Hall, and a number of other top US universities such as MIT, Amherst College, and the World Music Institute, New York.

She is the grand-daughter of Viswanathan and daughter of N N Subramaniam, who are both music composers.

Apart from her singing talent, she has co-written two books as a tribute to her musical inspirations, called Professor Sambamoorthy: The Visionary Musicologist with Sanjay Subramanyam and TM Krishna, as well as Voices Within by T M Krishna and Mythili Chandrashekar.

She also founded a trust which provides musical training to young children and aspiring musicians. She contributes to a number of social causes like mental health, women’s safety, and rehabilitation of homeless and poverty-stricken women.

Filmmaker Mira Nair needs no introduction. Her film, Salaam Bombay, was nominated for the Academy Awards in the category of ‘Best Foreign Language Film’ in 1989. It tells the story of boy from a travelling circus who comes face to face with the realities of slum life. It stars actors Shafiq Syed, Nana Patekar and Irrfan Khan.

Through her films, she showcases Indian society as it is today, the political and the economic scenario in the country by using everyday characters that the audience can relate to.

New York Times has categorised Salaam Bombay as one of the best 1,000 movies ever made.

Mira Nair is one of the first few women to have her own production company, called MiraBai Films.

Some of her best works include Monsoon Wedding’, The Namesake, The Reluctant Fundamentalist and The Queen of Katwe.

She is currently directing A Suitable Boy, a (TV series) based on Vikram Seth’s popular novel of the same name, starring Indian actors Tabu, Rasika Dugal, and Ishaan Khatter.

The late Ismail Merchant was an extremely talented film producer and director. He started his own production company called ‘Merchant Ivory Productions’ where he produced a number of films under this banner. Prior to his death he worked on over 40 films.

In 1987 his film A Room with a View was nominated for ‘Best Picture’ at the Academy Awards. A Room with a View starring Julian Sands and Helena Bonham Carter, is a British romance film that was directed by his partner, James Ivory, and is based on the bestselling novel by E M Forster.

Apart from producing and directing he loved to write and cook, he has written books such as Ismail Merchant’s Indian cuisine, My Passage from India and Ismail Merchant’s Paris, based on his journeys to various international destinations.

Creating a number of beautiful costumes for many acclaimed films, Bhanu Athaiya’s work has brought many cinematic characters to life.

She has won many awards over the years. In 1983 she won ‘Best Costume Design’ at the Academy Awards for the film, Gandhi, directed by Richard Attenborough, starring actor Ben Kingsley.

That year she even won a BAFTA Award for her skill in Design.

She has also won a National Film Award in costume design for the film, Lagaan, as well as a Lifetime Achievement Award in 2013.

"Steer yourself in any direction you choose" Sowmya Rao Vijaymohan, founder, Très

Sound designer Resul Pookutty won the Academy Award for best sound mixing along with Ian Tapp and Richard Pryke for the film Slumdog Millionaire in 2009. In 2010 he was awarded the Padma Shri by the Government of India.

He has also worked on a number of Tamil, Malayalam and Hindi films. Some of the notable films that he has worked on in the sphere of sound include Gandhi My Father, The Best Exotic Marigold Hotel, Black and Enthiran.

Resul Pookutty takes up films that explore subjects in great depth and tells a story with special sound effects. Apart from sound editing and mixing, he works as a print researcher and helps put together autobiographical stories.

A well-known screenwriter, director, and actor, Ashutosh Gowariker came to fame with the screenplay for the film ‘Laagan’, that was nominated in the Best Foreign Language film category at the Academy Awards in 2002.

Starring Bollywood actor Aamir Khan the film takes place during the time of the British Raj in India and is about young farmers who want to learn the game of cricket and show colonial rulers that Indians can do anything they set their mind to. It is a stepping stone to the pursuit of freedom.

Ashutosh has been a part of a number of Bollywood period dramas such as Swades, Jodha Akbar, and Mohenjedaro that contain intricate plot lines and mesmerising sets that take you back to a different era.

He initially started his career as an actor, and then moved towards film direction.

Many of these Indian artists have showcased their film talent in a number of promising positions. While we constantly strive as a nation to make it big, it is safe to say that the efforts of these talented artistes have not gone unnoticed and have definitely made a mark in the world of cinema.