Sarah Todd, the MasterChef contestant who rose to prominence preparing Aloo Gobi on season 6 of the reality series, is back to hustling. With many exciting things on her plate, the celebrity chef spills the beans on how she manages it all...

International celebrity chef, Sarah Todd is busy these days preparing for one of the biggest culinary events, the 2020 Australian Open Chef Series. And this year is extra special for Sarah.

In its third edition, the AO Chef Series, boasts an all-female line up this time around, comprising popular names such as Australian chef Donna Hay, Tasmanian star Analiese Gregory, and Thailand’s Michelin Star chef Duangporn ‘Bo’ Songvisva. And Sarah, who is accustomed to headlining global events such as this, is all set to cook up a storm at the international tennis tournament alongside the host of culinary icons.

Ask her how she feels and what her first reaction to the news was, and the former MasterChef Australia contestant is quick to respond, “To be honest, I’m still pinching myself”.

“I’ve worked very hard over the last six years honing my skills as a chef and it is an honour to be part of an all-female line-up in 2020 for the AO Chef Series,” she shares with YS Weekender. “My menu at the AO will take guests on a journey of flavours from across India while incorporating native Australian ingredients.”

“Each recipe has a story behind it, which I will share with my guests,” she adds.

The anticipation is justified; it is after all an event lacing the first of the four Grand Slam tennis tournaments of the year. But Sarah, a celebrity chef and a restaurateur with multiple TV shows to her credit, is no stranger to fame or glamour. Before venturing into the world of gourmet food and experiences, she was, in fact, globetrotting and working with high-end fashion labels.

Her early years of modelling developed a love for food and culture in her, eventually, fuelling her interest in global cuisines. It was, in fact, on season 6 of MasterChef Australia, that Sarah’s culinary journey got wings and international recognition. Pinned as a favourite contestant to win the season, Sarah might not have nabbed the MasterChef title, but the experience sure has planted her feet deep in the culinary world.

After a successful stint on the MasterChef, Sarah’s career, interestingly, brought her to India.

To think of it, it’s not that big of a surprise either. The Aussie chef, after all, had presented numerous classic Indian dishes during her time on the show, grabbing attention of both judges and fans in India (FYI, her most popular dish was Aloo Gobi).

A lot has changed for Sarah between then and now. Today she is the owner of three Indian restaurants: Antares, The Wine Rack, and The Wine Company.

She has even starred in popular TV shows like My Restaurant in India, Serve It Like Sarah, and Grilled, and travelled across the length and breadth of the country.

“I have been welcomed into the home of a Mishing family in Assam, stayed with a tribe in Nagaland, participated in a cultural festival at a Rajasthani Fort in Kashmir, fished in the backwaters of Goa and cooked Crab Xacuti with a family on the banks of the river,” she tells us.

Apart from India, Sarah’s travel extravaganzas have also taken her to exotic countries like Sri Lanka, China, Japan, Turkey, Spain and Fiji. Places where she has let her food-loving spirit indulge in wild experiences.

“On a farm outside Amsterdam, I got to milk a cow and see how the Dutch make their cheese,” she recalls adding, “I’ve even visited the tea plantations in Sri Lanka and helped the locals cook a Lovo in Fiji.”

But even as she travels to these far-flung places across the globe, Sarah’s heart remains in the colourful culture of India. “I take inspiration from every country and cuisine I am lucky enough to experience,” she tells us. “But my main influence comes from India.”

Musings of a boss-lady

“In any industry, in order to stay ahead of the game, you have to be on a constant learning curve, developing new skills and learning new techniques,” she adds.

For Sarah Todd, an Australian chef in the Indian market, this meant overcoming a number of challenges, including the language barrier and the art of being a boss.

“The toughest part for me was learning to be a boss,” she says explaining how, “people are always looking up to me for answers and the buck stops with you.”

That Sarah is donning multiple caps at once is hardly a surprise. With three thriving outlets catering to India’s premier restaurant-goers in Goa, Mumbai, and Delhi, she is juggling between being an entrepreneur, restaurateur, a TV personality, and also a single mom to her seven-year son, Phoenix.

“Finding the right balance is the key,” she quips, “and when I’m with my son, he is my priority.” In fact, as we speak to her, Sarah tells us that they are in their hometown of Walkertson, where Phoenix and his cousin are enjoying swimming lessons and playing happily under the Poinciana tree in the backyard.

Unless it is abundantly clear by now, Sarah’s world is one where things are constantly happening. Whether it is the upcoming Australian Open Chef Series or the never-ending job at her restaurants – she is currently working on a new menu for Antares – the hustle never stops.

It’s a tough business, no doubt. But amidst all this, what brings solace to Sarah is when the “guests love their dining experience”.

That is the most rewarding aspect of being a restaurateur-entrepreneur, she says. 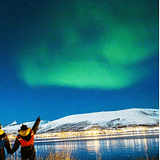 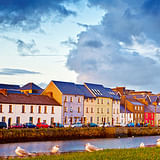 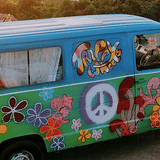 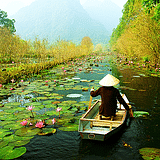 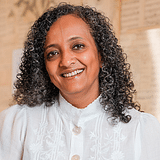 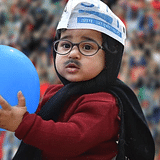