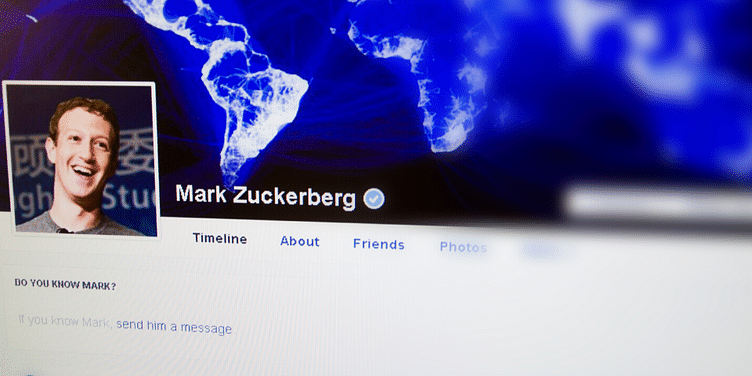 Mark Zuckerberg is a leading tech mogul, philanthropist and one of the youngest self-made billionaires in the world. We bring you inspiring sayings by the Facebook Co-Founder on his birthday.

He is the Co-founder of Facebook, which is one of the most successful leading social media companies in Menlo Park, California, and one of the Big Five technology companies in the world, along with Apple, Microsoft, Google, and Amazon. Mark’s journey has been an admirable and inspiring one.

They started up in 2003 with the original idea of ‘FaceMash’, Facebook’s predecessor, which Mark envisioned with his fellow dorm mates, Eduardo Saverin, Dustin Moskovitz, Chris Hughes and Andrew McCollum during his undergraduate days in Harvard.

The idea was to create an online community where people on campus and surrounding universities in the Cambridge, Massachusetts’s area could connect.

FaceMash provided the opportunity of allowing fellow students to compare the photos of faces of their peers, and selecting whom they considered ‘Hot or Not’,

Although FaceMash faced a lot of criticism from the Harvard administration, it provided the framework for what was to become Facebook, one of the most celebrated online platforms till date.

It was on February 4th 2004, when the first iteration of Facebook was created, and Facebook.com was launched exclusively for Harvard University students.

In the fall of September, anyone in the world could create a Facebook account as long as they were above thirteen years old.

Today Facebook has over 2.6 billion monthly active users and is the largest social media platform, all due to Mark’s passion for coding, desire to connect people, and make sure they never miss out on what is happening around them.

On Mark Zuckerberg's birthday, YS Weekender brings you inspiring quotes from this tech mogul, who is also a philanthropist and the world's youngest self-made billionaire...

My goal was never to make Facebook cool. I am not a cool person.

The biggest risk is not taking any risk... in a world that is changing really quickly, the only strategy that is guaranteed to fail is not taking risks.

Move fast and break things. Unless you are breaking stuff you are not moving fast enough.

Give everyone the power to share anything with anyone.

“Whatever you build, build with care. Anyone who has built something big, has done it with care.”

My goal was never to just create a company. It was to build something that actually makes a really big change in the world.

Helping a billion people connect is amazing, humbling and by far the thing I am most proud of in my life.

It takes courage to choose hope over fear.

You don’t let people deter you. That’s how you do it.

The question isn’t, ‘What do we want to know about people?’ It’s, ‘what do people want to tell about themselves.

People think innovation is just having a good idea but a lot of it is just moving quickly and trying a lot of things.

Our society needs more heroes who are scientists, researchers, and engineers. We need to celebrate and reward the people who cure diseases, expand our understanding of humanity and work to improve people’s lives.

Books allow you to fully explore a topic and immerse yourself in a deeper way than most media today.

Connectivity is a human right.

In fifteen years, we’ll be teaching programming just like reading and writing, and wondering why we didn’t do it sooner.

If you just work on stuff that you like and you’re passionate about, you don’t have to have a master plan with how things will play out.

Founding a company is hard. Most of it isn’t smooth. You’ll have to make very hard decisions. You have to fire a few people. Therefore, if you don’t believe in your mission, giving up is easy. The majority of founders give up. But the best founders don’t give up.

I will only hire someone to work directly for me if I would work for that person. It's a pretty good test.

I wear the same outfit or, at least, a different copy of it almost every day.

Don’t let anyone tell you to change who you are

When I started Facebook from my dorm room in 2004, the idea that my roommates and I talked about all the time was a world that was more open.

We want to make it so that anyone, anywhere - a child growing up in rural India who never had a computer - can go to a store, get a phone, get online, and get access to all of the same things that you and I appreciate about the Internet.

Look at the way celebrities and politicians are using Facebook already. When Ashton Kutcher posts a video, he gets hundreds of pieces of feedback. Maybe he doesn't have time to read them all or respond to them all, but he's getting good feedback and getting a good sense of how people are thinking about that and maybe can respond to some of it.

A squirrel dying in your front yard may be more relevant to your interests right now than people dying in Africa.