Top Indian destinations to explore in 2023 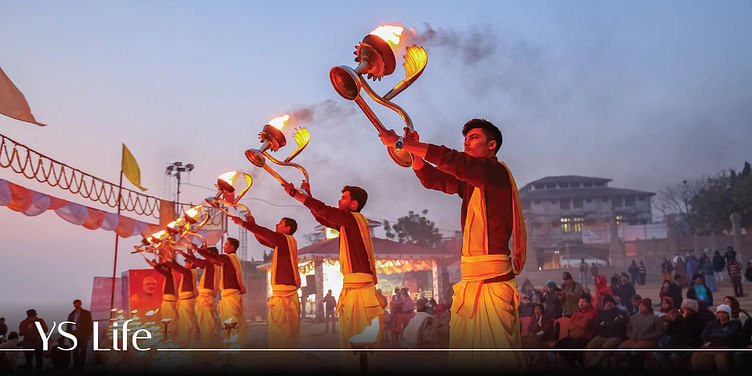 Ahead of National Tourism Day, YS Life rounds up the top Indian destinations that you should put on your 2023 bucket list.

Are you in a beach kind of mood? Or a mountain state of mind? Where ever you want to go, there’s someplace in India that’s just right for your next travel experience.

With its mix of natural beauty and landscapes, rich cultural heritage, longstanding traditions and spiritual beliefs, colourful festivals and lofty architecture, Incredible India is a treasure trove waiting to be explored.

And ahead of January 25, which is celebrated as the National Tourism Day, we suggest you skip foraging for the best international deals and focus inwards–on the scenic diversity and myriad experiences that India offers.

For as JRR Tolkien famously said: “Still round the corner, there may wait, a new road or a secret gate.”

In Ladakh, every road leads you to a new landscape. A few hours to the north of Leh, the Shyok and Siachan rivers meet to form the Nubra Valley. Getting here is an adventure in itself: you must drive on the world's highest motorable road, the Khardung La.

The valley, which separates Ladakh from the Karakoram Ranges and the mighty Siachen Glacier, is known for its cold desert and graphic landscape. Don’t miss the opportunity of riding on a Bactrian (double-humped) camel, camping and exploring Hunder village’s cold desert.

The Diskit Monastery is the oldest and largest Buddhist monastery here and houses a 32m statue of Maitreya Buddha.

Must do: Head to small, sleepy Panamik, known as India's “hot springs village”.

The City of Joy may be the only Indian city on the list of the world’s best food destinations in 2023, but there’s more to Kolkata than the cuisine.

The city–a British trading post in the last part of the 17th Century–is replete with Raj-era architectural gems, including the Victoria Memorial. Other important sights include the Dakshineshwar Temple, Howrah Bridge, National Library, and the Indian Museum.

Food and drink comprise an important part of trip to Kolkata, and there’s plenty to choose from. Begin with kathi rolls, and move on to fish fingerskebabs, ghugni, jhall muri, sandesh, mishti doi, cakes, and more.

And, as per food website Eaton, don’t forget to try the “devilled crabs at a mid-century cabaret and phuchka from a decades-old street vendor”.

Must do: Visit nearby Santiniketan, the world renowned Viswa Bharati University founded by Rabindranath Tagore in 1921.

Said to be one of the highest lakes in the world, Lake Gurudongmar is located in the Great Himalayas in the state of Sikkim. Surrounded by snow-capped mountain peaks, including Mt Siniolchu and Mt Khangchendzonga, the glacier-fed azure jewel is stunning and spectacular.

Gurudongmar: The Jewel in Sikkim’s Crown

Set at an altitude of 17,800 feet, the lake spans 290 acres and is believed to be sacred for Hindus, Sikhs, and Buddhists. Getting here isn’t easy – it involves hours of road travel, good physical health, and protected area permits.

The lake can be reached by road from Lachen via Thangu Valley. Apart from being the best base to travel to Gurudongmar, Lachen, which translates to “big pass”, is also the base to the Chopta Valley and home to the Thangu, an annual yak race held here every summer.

Must do: Take back some bottled lake water, believed to be the panacea to all ills.

Situated in the picture-perfect valley of Kashmir, Srinagar goes one-up on the “heaven on earth” tag. The Dal Lake, at the eastern end of the city, is one of the most important tourist attractions. Houseboats are anchored at shores and the shikaras–ferrying tourists, flowers, and fruits and vegetables–are a sight to behold, especially during sunrise and sunset.

Must do: Adventure activities in Gulmarg (skiing in winter), Sonamarg (trekking and hiking), and Pahalgam (hiking, trekking and fishing).

This trek ain’t easy, but nothing worthwhile ever came easy! The multi-day Chadar trek, covered by National Geographic and many others, takes you trekking on the frozen Zanskar surface in Ladakh, surrounded by massive mountain ranges and in inhospitable conditions–the average mean temperature during the day is -10 degrees; at night, temperatures drop down to -30 degrees.

The walls are akin to vertical cliffs up to 600m high and the river flows in a narrow 5m-wide gorge. Ice forms on the river change colour every few hours; some break loose with regularity. In places, the ice does not form over the river and trekkers must forge a new trail.

The overall distance is approximately 105km, with an average trekker walking 16km per day. The unique experience sets the trek apart: the surreal scenery, temperature, atmosphere, the river, campsites, caves and the ever-changing Chadar.

Must-do: Keep an eye out for rare animals like ibex, snow leopard, Himalayan Thar, and blue sheep on the way.

Jumpstart 2023 with a well-deserved wellcation

The original City of Light, Varanasi, also known as Benares or Kashi, is the city of temples, ghats, and myths. Located on the left bank of the Ganga River, it is one of the world's oldest continuously inhabited cities.

This is where ancient domes, ashrams, muths, shops, alleys, priests, pilgrims, sights, sounds, and smells coalesce, and where rituals of life and death are performed simultaneously.

One of the seven sacred cities of Hinduism, Benares isn’t easy to forget. Visit the Panchganga Ghat (meeting of the five rivers), Manikarnika Ghat (main cremation ghat), Harishchandra Ghat, and Assi Ghat. Pay obeisance at Bharat Mata Temple, Kaal Bhairav Temple, and Durga Temple. What else? Bathe in the Ganges, take a boat ride, sign up for a walking tour, explore the alleyways, and don’t miss the street food.

Must do: Be a part of the 45-minute evening aarti at Dasaswamedh Ghat and immerse yourself in the divine glow.

A UNESCO World Heritage site, Hampi was the capital of the Vijayanagara kingdom in South India from the 14th to 16th Centuries. Today, it seems to have been anointed the unofficial heir to rave capital Goa.

The grandiose City of Ruins, sited on the banks of the Tungabhadra River, stands tall as the powerhouse of a formidable ancient kingdom. Hampi, which still retains more than 1,600 monuments, is known for the queen's bath, a temple said to be where the wedding of Lord Shiva and Goddess Parvati took place, the Lotus Palace, and a royal stable.

Must do: Enjoy a coracle trip down the Tungabhadra River, preferably at sunset.

Everyone may have been there and done that, but there’s no way you can keep the Sunshine State off a list of India’s top tourist destinations. The tiny emerald stretch on the west coast of India is what comes to mind when one thinks vacay.

The Portuguese influence is apparent in the state’s baroque architecture, dilapidated forts, ancient cathedrals, the love for sussegad, and the food.

Apart from the many beautiful beaches, including Palolem, Agonda, Arambol, Anjuna, and Mandrem, take time out to explore the Basilica of Bom Jesus, Aguada Fort, Chapora Fort, Immaculate Conception Church, and Se Cathedral.

Visit the wildlife sanctuaries that are open all the year round–try Mollem National Park and Cotigao Wildlife Sanctuary.

Must do: Visit the magnificent Dudhsagar Falls at its beautiful and rain-fed best during the monsoon.