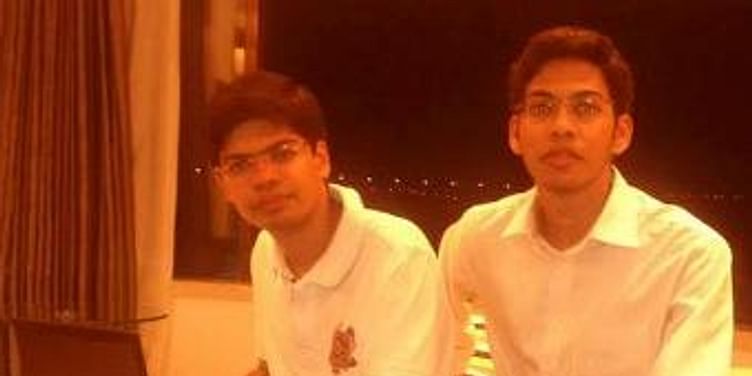 HR search firms are also looking at testing as an additional value-add to their service. Many times they do not have the technical competence to judge candidates. Using testing services they are able to validate the candidates they sent to recruiters and are able to differentiate themselves from their competition. To cater such needs of the HR industry, iLiftOff is an online recruitment testing platform. It offers a recruitment testing solution and database of tested candidates to companies so that they recruit better and faster using test scores. The solution provided by the firm helps companies connect with the right employee having the requisite skills and also reduces interviews and recruitment time by over 50%.

iLiftOff is founded by Raghav Aggarwal and Abhinav Aggarwal. Raghav dropped out of IIM-A to focus on the business and Abhinav has deferred admission to the MBA program at ISB Hyderabad. The brothers started their first successful venture, Trutech Webs, three and a half years ago. Trutech provides online solutions to over 200,000 students today and is the first company to provide online testing for Mumbai University Colleges for whom the firm has conducted over 1 lac online tests in various subjects. Both Raghav and Abhinav are self learnt coders who were also one of the winners at the New York TechCrunch Hackathon. They also have a highly talented team of coders working under them. “iLiftOff was originally built as an internal recruitment tool to be utilized at Trutech and was such a success internally that we decided to create it into a public platform,” says Raghav.

iLiftOff has over 125 online tests in various areas such as Technology(20 technologies), Finance(14 areas such as accounts, equity analysis) , Marketing (3 areas), Law (3 areas) as well as General aptitude tests(Logic and Intelligence tests). Over 50,000 tests have already been taken on the platform by over 15,000 users. Using these test scores companies can shortlist candidates for a custom company test which is again conducted on iLiftOff or directly for an interview.

The platform allows companies to create custom tests to further test candidates on skills which are most relevant to them. Here companies can enter their own questions or have custom questions made for them by the iLiftOff team. On the basis of the candidates test scores in the custom company tests recruiters call only the top performers for the interview stage. Job seekers also benefit as they are able to showcase their skills and abilities on iLiftOff rather than having to write long resumes.

“Our online tests can even be used in conjunction with existing job portals such as Naukri.com and Monster.com. Herein recruiters create custom tests on our platform and simply email the test link to candidates they find interesting or post the link to the test within their job posting. We have also recently launched an API for tests which several job portals and internship portals are interested in using. Existing job/internship portals can integrate our tests with their website using an API. We are providing a completely white labeled testing solution this allows any website to use our testing engine as an addition value add. As our test platform can support over 20,000 test takers simultaneously this allows anyone to offer highly scalable tests on their website,” says Abhinav going into the details of their offerings.

They charge companies a monthly subscription fee for accessing their test score database and also a per test fee for creating custom company tests on the platform. Their API platform is also charged on the basis of usage. They have also partnered with colleges where the final year students use iLiftOff as their official job portal.

As it’s a “platform”, one of the challenges they face is to maintain the right number of employers and job seekers (on the platform) so that both sides are effectively able to utilize the platform. Another challenge is competing with the entrenched jobsites. “Typically most recruiters have been using one of the existing job sites for a long time so there is some inertia to change. However, as our online tests can also be used with existing job sites recruiters are now beginning to try us and see the benefits,” adds Abhinav.

“We have recently been declared as the winners of the Economic Times Power of Ideas 2012 and are planning to use that as a spring board to push the iLiftOFF.com brand. In just three months since launch we have scaled to over 15,000 users who have given over 50,000 tests. Companies such as Rediff.com and Justdial are currently using our product for their recruitment,” adds Raghav on a concluding note.

They are providing Indian Startups on YourStory a free one month trial on their platform. You can visit the website and type in the signup code as Yourstory.

iLiftOff also has a Page on YourStory Pages! Have you got your startup listed?