From BPO to eCommerce with DesignerTrendz: Mohit Chhajer's entrepreneurial journey 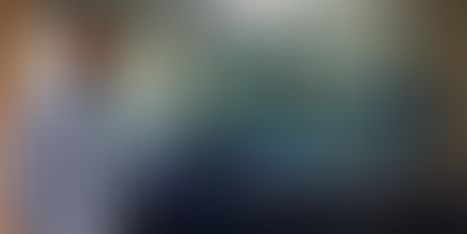 With time opening an eCommerce has become easier. Flipkart recently introduced its marketplace; something Infibeam had launched a while back. A couple of startups have also ventured into offering readymade marketplaces for ecommerce enthusiasts. So if you want to “try out” ecommerce, a marketplace is a safer bet compared to a full site.

Nevertheless entrepreneurs who have a stronghold in some other domain are trying their hand at ecommerce. Mohit Chhajer, CEO & co-founder MarcBiz Solutions is one such businessman turned eCom entrepreneurs with his store DesignerTrendz.

MarcBiz Solutions offers services such as business process outsourcing, lead generation, appointment setting, CRM, and market research, to industries in health, real estate, ecommerce, and travel. While MarcBiz continues to grow, Mohit wants to experiment with eCommerce and is very bullish about DesignerTrendz.

On DesignerTrendz, shoppers can browse through stuff like apparels, bags, bed covers, home décor items, jewellery and other lifestyle products. On the product front, many other eCommerce stores are already offering such items, and there is not much to differentiate. So when we quizzed Mohit about the three primary challenges faced by eCommerce entrepreneurs in India. He pointed to these three.

Funding: Ecommerce entrepreneurs are struggling (really?) to raise funds for their ventures. In the last three years, 52 ecommerce start-ups raised $700 million in VC funding, but only 18 companies were able to attract any follow-on investments. The more alarming statistic is that just seven firms could raise a chunky late stage funding.

Logistics: is one a major challenge faced by eCommerce in India. Companies like Aramex, DTDC and FedEx are mostly relied upon by ecommerce companies.

Lesser Margins: eCommerce is a game of low margins and high risk. Even the insurance on high value shipped articles is needed sometimes, resulting to increase in costs.

Cutthroat competition makes the ecommerce scene a difficult space to make a dent in. For DesignerTrendz to make a difference, they will have to do much more than just have a large variety to offer. Mohit was not very forthcoming on his roadmap for the future. But if there is not sufficient differentiation, a good supply chain management and a well-thought of business strategy, DesignerTrendz may fall prey to tough market conditions in the days ahead.

A lot of ecommerce enthusiasts have gone the niche way to avoid being termed as a clone, yet there are many others who do not mind the term, and plan to fight it out in the space. Only time will tell about the survival of the fittest, or smartest? Tell us in the comments.