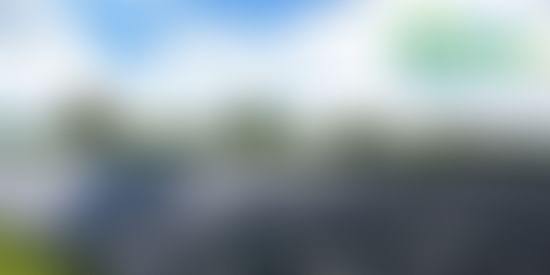 Kanika Khanna runs Sunkalp Energy, a turnkey solutions provider for alternate energy (namely, solar energy) power supplies for schools, home and industries. A few conversations, over the duration of a week, with this master in engineering from the prestigious Massachusetts Institute of Technology and I began to see what is common, between her and this seemingly hard sector to crack.

Akin to Elon Musk’s much talked about Solar City, Sunkalp analyses a potential client’s energy needs, designs a solar cell arrangement based on their requirement and sources the cells from partner solar cell manufacturers, to provide an alternate power system. Post installation, Sunkalp also takes care of maintenance and servicing of the infrastructure.

A relatively new company, Sunkalp has already set up two 10 kilo watt plants, one for an industry and the other for a school, and has signed on two new projects in Madhya Pradesh and Chandigarh as well.

The high capex and the cost sensitive Indian customer

As an entrepreneur in an unconventional energy space, selling the idea of a sustainable energy source like Solar Energy is always a difficult task. Kanika validates this through her experience - "Solar is definitely the way forward but getting people to understand that is the most difficult part of the business. There is a high capex involved in procuring and setting up the infrastructure for solar power. This is enough to turn away the cost sensitive Indian, although solar energy has a near to zero running cost."

However, Sunkalp’s offering has worked around these challenges. Kanika believes availability of more payment options that can allow consumers to pay large amounts over a longer period of time will help the business gain more acceptability among the target audience. She says, “Trying to subsidise the technology side of solar power is going to be capital intensive and most startups can’t afford that. But if you can provide payment options, wherein payments can be made over a period of time, or can be shared from savings or subsidy, there is a good chance your potential customers may consider what you have to offer.” And that’s what Sunkalp does.

Kanika shared that the average size of these projects lies between 10 - 20 Lakhs end to end.

Industry loves it. But will the villages?

Of the various customer segments that solar energy can cater to, Sunkalp has found its initial traction with industrial facilities. She says, “Most factories use a diesel power system along with power from the electricity grid to ensure continual power supply. This is an established practice, but the use of solar power as an alternative works out a lot cheaper. When you combine this benefit with the subsidies that the government has sanctioned for users of renewable energy sources, it works in our favour.”

Kanika’s plans, however, doesn’t stop there. She wants to create a long term social impact through rural electrification. “I’m working on a project where we would get the people in villages to buy power via subsidised rate cards. Now of course this requires the power itself to be subsidised somewhere and we’re scouting for partners to help us do that.”

Since 2006, there have been a few players, such as Azure Power and KESP, who have entered the space of providing end to end solutions in solar power. However, only 1040.67 MW of power is accounted for by solar power, which is just above 1% of the total power produced in India.

With a potential 5000 Petawatt-hours per year that can be generated using solar power in India, there is a lot of room for many more players in this space. While most of this gap will be addressed via government initiatives, there is still a significant chunk of the marketshare up for grabs for startups.

When asked about the major challenges that she faces being an entrepreneur in the energy space, Kanika gets candid, and reveals, “You know, a few month’s after announcing our partnership with Bosch Solar they decided to shut down its monocrystalline manufacturing units in Germany. It just shows how volatile this space is, even for the established ones.” Kanika admits to having second thoughts on running Sunkalp because of various challenges she’s faced - “Every time I have just about made up my mind to shut shop, something new and exciting comes up. That’s what keeps me going day after day,” says Kanika.

But on a more personal level, Kanika believes being a young woman entrepreneur is an impediment and a challenge in itself. She says, “People expect to see gray hair when you tell them that you’re an expert in solar energy and the fact that I still look like a college kid doesn’t help. Getting people to believe that I’m an MS from MIT and I know what I’m doing is a barrier that I’m still faced with. I have learnt to overcome this over time, but it’s still there.”

Solar energy is the most logical form of energy generation for a country like India and Kanika is as much an entrepreneur with subject matter expertise as any man with greying hair could be. And yet, they’re faced with challenges in being accepted. The day such challenges wither away, it would put the Indian entrepreneurial ecosystem on a fast track to growth.