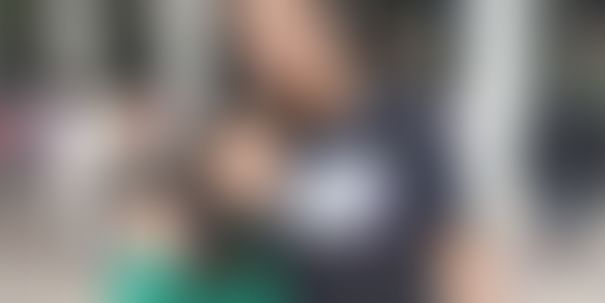 Garima Juneja and Gaurav Mishra are engineering graduates who got introduced to the startup world while in college. Garima had an inclination towards writing and marketing while Gaurav has been a part of a couple of technology product startups. "I was always interested in having my own business. I had been into commercial writing, SEO and SMO since I was in the third year of my college. Till I came to the fourth year, I had a team of freelance writers and 15+ clients from India and abroad," says Garima. On the other hand, Gaurav had started up with his friends where a services wing helped to bring in the money while they worked on products.

Amidst the startup frenzy, Garima and Gaurav started dating each other. "Every time we were on a date, we used to talk about start-ups, ideas and what all can be done to create a dent in the universe. We were both in our own worlds and used to miss each other a lot during the weekdays. Once, while we were on a date and were really high, we decided to have a start-up as co-founders so that we could spend more time with each other. Hence, viralcurry (social media agency) was born," says Garima.

Viral Curry has had a good start with companies like Cbazaar and Lenskart on their portfolio. "Cbazaar was our first gig. We made them viral on mother's day on twitter. It was featured along with established brands as the 'best 10 social campaigns on mother's day'," says Garima. Getting off the mark with a couple of startups as clients, the word spread and they've had more than 15 clients till now. A team of five, as of now, Viral Curry works on a simple revenue model - retainer of minimum 3 months with a fixed monthly package.

Talking about their ideation process, Garima says, "We basically think about the brand's present image and what we can relate it to while keeping the most important thing in mind - Things with which the audience can relate." An interesting and growing area, Viral Curry is in a good space with an enthusiastic team behind it. We're seeing more couples starting up together and the subject itself has been a topic of discussion for long. Co-founders married for 20 years have advised other couples: "Don't try this at home" but the young duo at Viral Curry are up for the challenge.