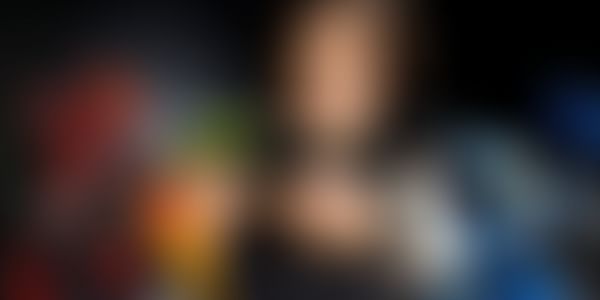 This interview is the continuation from our two-part interview on behavioural economics with Dan Ariely, Click here to read the first part.

An ethical point of view

YS: Knowing all these things (science behind people's behavior) some people may take them in an ethical way, some put these things in grey areas, some look at it as manipulation.

Dan: I think the manipulation question is a very good question, I struggle with it all the times. You know if I give you some tools to convince people of something, when it is good to use it and when is it not, when do you think it is ethical and when it is not. It's a very tricky thing. I will give you an extreme example, so in my first book (Predictably Irrational), I talked about placebos, and placebos are very interesting because in a sense they are fake and in a sense they are real so if a physician gives you an injection with saline water you still experience a pain relief because your body secretes a substance like morphine. So is this ethical or not, is it ethical for a physician to give you placebo.

Placebos for me kind of crystallize the ethical question, because you're giving nothing, but it has a physiological effect. How do you feel about that. And I think I am with you when it helps when it doesn't create damage I am happy to use that. But if you use it for a bad cause it would be terrible.

Sometimes I get invited by companies to give talks and I don't go. And there was a time when a cigarette company asked me to give a talk and I called a cancer society and I said look this cigarette company invited me to come and give a talk, I can do two things I cannot go or I can go and give you the money, what do you want me to do. And they wanted me to go and give them money but I decided not to go because I think that the damage that I can cause is higher and also I don't like the idea of causing damage and trying to fix it. That seems to be like the wrong approach to me.

YS: What are your thoughts on motivation and how can startups better motivate their employees?

Dan: There are lots of ways to do it (motivate employees) and one of the reasons people give money (bonuses) is that giving money is easy but if I wanted you to be the happiest with me, I would probably not give you money I would for example buy you the car that you are driving and I would call it The Dan Ariely Car and every time you go into it you'd remember that I got you this car and if the car is too expensive maybe I would buy you something else.

But there are ways to give the money in a way that makes you more grateful rather than getting cash and I think we need to look at those ways. I, for example, once a year, take all the people working with me and my family skiing for a week. And I do two things, one is my family circle and my work circle we get a big house we all stay together and it's also a gift and I pay for everybody's ski equipment and flight tickets and so on. And if I probably gave these people this amount of money in a bonus or cash or salary increase, I don't think it will be the same. This creates a bigger group cohesiveness and caring and camaraderie and people look forward to it.

By the way, one of the best things to give people are iPads, it is amazing how much people work for an iPad and not only that you can write on an iPad some dedication on the back, this is a gift from me to you for appreciating and then you will see it more often. So if I gave you money in your salary and you bought an iPad vs. I bought you an iPad, its very different.

And the last thing on this, one of the best things to buy people is things that they feel guilty buying for themselves, so let's say cameras; there are lots of new interesting cameras, you buy somebody a camera and cameras are kind of interesting because many probably everybody you work with has a camera, nobody wants to throw the old one away but the new ones are really much much better. But if you give somebody a camera you basically buy past the guilt of buying a camera.

Dan: Right now my plan is to try and apply social science to big problems, we are working in Kenya trying to help poor people save a little bit of money for a rainy day. We are working with the Gates Foundation on nutritional elements, how do you get mothers to adopt better nutritional standards for their kids particularly at a young age when it's so crucial. And working with all kinds of mobile wallets trying to... you know one of the biggest lessons in behavioral economics is that people are an outcome of their environment, so we can design electronic wallets that will get people to spend a lot of money or we can design electronic wallets that will get people to save money, it's up to us so which electronic wallet are you going to create. So we are still doing a lot of research in my lab but I am becoming more and more interested in applying things. There are two other kind of big projects we are working on. One is for the last few months we have been following doctors when they give patients very bad news (cancer, end of life) and we are trying to understand the communication between the doctor and the patient and the family, and where there are gaps in this communication and how can we help doctors deliver bad news better. That's a very very important project we are trying to work on.

And another one has to do with taxes. So in the US, particularly the Republicans have a very simple equation - you increases taxes, people would work less. And the intuition is that people are like rats in a maze, people don't want to work, work is aversion, you increase tax they will stop working. It's completely unclear to me that that's the case, you could think that if they increase taxes and if you want an iPad you would work twice as much, maybe you will work more and beside if they increase taxes for everybody, to keep your relative position you have to work more. So it is completely unclear and it is something I really want to try and figure out.

YS: Again isn't it related to motivation, let's say today I am taking 25% of your salary as tax, day after tomorrow I make an announcement that I will take 40% of your salary as tax so you know for the same salary you are going to get a lesser amount, so you come to office, you do the same thing but the motivation to work isn't it reduced because I know that I am working same and my salary won't be hiked?

Dan: Could be, but would you look for a better job, would you start looking for extra hours. So it's completely unclear. But it's a question that is really basic to lots of policy decisions and we actually don't know the answers, and I really want to figure out the answer.

We wish Dan a great success in his endeavors.