Why Thai telco True Corporation is betting on startups 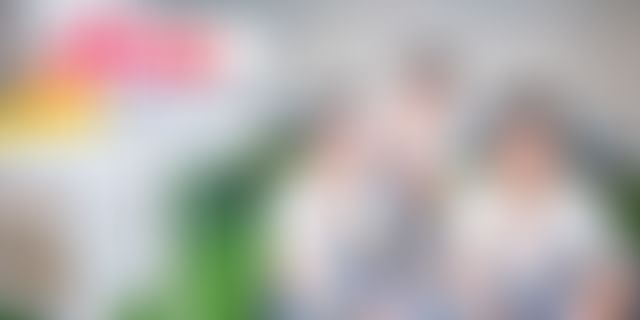 One of the major Thai telcos, True Corporation, is betting big on startups. True corporation is Thailand’s second largest telco, with over 26 million subscribers. Earlier this year, they announced an incubator to support Thai startups. In September, they put their money where their mouth is, by making two big announcements. One, they unveiled details of 6 amazing startups that are joining their first cohort. Second, they invested in global seed stage venture capital fund 500 Startups.

We caught up with the passionate and excited manager at True Incube, Victor Chusakulpor, to know more about their plans for the Thai startup ecosystem, as all the Top 3 Thai telcos are betting massively on startups. How are True’s efforts different? Let’s listen to their story.

True Incube was started by Punnamas Vichitkulwongsa, who is currently the managing director of the program. Punnamas was an entrepreneur in his previous avatar in Japan, where he founded Arriyaa, a mobile messaging startup for enterprises. He managed to raised around $2 million in venture capital funding and exited the company in 2003. After his startup, he came back to Thailand to give back to his country. As part of True team, he conceptualized and set up True Incube to support and invest in Thai startups. Victor joined True 5 years back, and has been with the program since inception this year in May.

What is True set out to do?

Our first mission is to help entrepreneurs create successful businesses, and the second mission is to create a vibrant startup ecosystem in Thailand. Victor points out all the ways in which they plan to accomplish this goal.

In Victor's own words, “We have an incubation facility and venture capital arm. As part of the incubation facility, we conduct a 99-day rigorous boot-camp to help entrepreneurs with the nuts and bolts of setting up a business. Apart from office space, they also fund the selected startups which received 500,000 Baht in seed funding to go-to market with their product ideas. They are looking to extend funding up to 1 million Baht on a case-by-case basis.

True also wants to help companies with distribution. As the second largest telco of Thailand, True has access to over 26 million subscribers; the companies selected can leverage, off these numbers. True Incube team will also work closely with various business units of True to figure out synergies with the startups, a tight integration with True divisions would be a plus.

Victors adds that the talent pool in Thailand right now is focussed on getting a job at large corporations after graduation, as they are not aware of startups, and lack the necessary skill-sets for startup roles. So, True Incube is focussed on conducting community workshops to teach students how to code, and the best programming practices etc. Thus they aim to make startups more acceptable in Thai communities.

True Incube has close international partnerships with 500 Startups and Gobi Partners. Companies can benefit from both these partnerships. They are trying to put in place many more such partnerships that bring value to their companies.

Since application announcement in June, they have received over 150 applications. From the applications received, 21% are e-commerce startups, 12% are in payments, 12% in education, and 14% each in platform and social.

Todok - iPad application for retail merchants that serve as cash registry and inventory management tool; and

Victor’s excitement about Thai market is palpable. He shared some numbers with us.

Bangkok is the city with the maximum Facebook users. Bangkok has the second highest Instagram check-ins. Line has second largest user base in Thailand. The market is ready in Thai right now. People here are extremely excited about social and mobile technologies. Design skills are very good in Thailand. We are sure some very exciting companies will soon emerge out of Thailand, and we want to be at the forefront when it comes to partnering with them.

A much-needed applause to True for supporting startups in Thailand. There are many learnings for other countries to pick up from Thai telcos.