How to make a comeback? The Mxit story 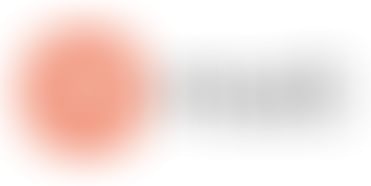 The granddaddy of all mobile instant messenger apps had been on a Rip Van Winkle mode. Mxit, which launched a mobile chatting app out of South Africa in 2003, well before the rest of the world woke up to the opportunities of the mobile platform, has been lying low for years -- ever since Facebook, WhatsApp and others usurped the throne. Not any longer.They just launched version 7 of their once game-changing app for iOS devices and feature phones. The new design caught all off-guard because it was edgy, leaps away from the unaesthetic, hideous-looking earlier version. Most of us who had written Mxit off were left dumbfounded by the transformation. Now, it is with bated breath that millions of users are waiting for their Android and Blackberry releases due in a couple of weeks. Windows-based phones will have to wait till 2014 for it.

The story of Mxit began before 2003 when all IM applications in the world were desktop and browser based. Namibian-born developer Herman Heunis set out to start a mobile gaming company, but bandwidth, adoption and other issues wouldn’t let him scale. He pivoted as mobile IM and Mxit Lifestyle was born. A mobile chatting app for the GPRS-enabled phones for that era, based in Stellenbosch, South Africa, it was the pioneer in the mobile space. Between their commercial launch in 2005 and 2009, the mobile social network had 5 million users. Soon, Mxit become a phenomenon in South Africa and other countries like Indonesia.

As the internet penetration continued to grow in Africa, so did the adoption of Mxit in the continent. It went on to become Africa’s biggest social network. But last year, the mobile social network had to surrender the No.1 spot in South Africa to Facebook.

According to worldwideworx.com, “Mxit’s active user numbers are growing, despite a drop in total registration figures; currently, it has 7.4 million active users across Africa, while homegrown 2Go has 10.5 million. Facebook has 9.6 million users in the South Africa.”

The company has launched version 7 of its app to keep up with the violent competition in the instant messaging market -- a battle fought brutally worldwide to grab users’ eyeballs and palmspace by giants like Line, WhatsApp, Kakao Talk, WeChat, BBM, Hike, Viber and Tango. Going by the social media updates, users are particularly impressed by the rebranding. From the curvy logo to the look and feel of the new app, the verdict seemed to be of a job well done, which translated to 1,000,000 downloads on the first day of launch.

One of Mxit’s highlights is the ability to receive messages offline. For feature phones, they have group chats, chat tabs, and offline messages, all on data-light (technology that consume 10 times less mobile bandwidth). For iOS 7, Mxit 7 has features like doodle and voice chat, which puts it at par with the other apps in the league.

What sets Mxit apart from the rest of the competition is that they are fast and data-light on feature phones, a market which their big competitors tend to ignore. Mxit version 7 will run on more than 8,000 types of devices, including tablets and it embraces the capabilities of each platform to offer an immersive chat experience that feels native to each one. Though global smartphone sales reached the 225-million mark, it is only in Q2-2013 that the smart phone shipments have exceeded the number of feature-phones(Gartner report). Forty-five percent of all mobile phones sold in Q3 2013 were feature phones. This means, in places like Africa and Asia, there are hundreds of millions of feature phone users who are waiting to be part of the instant messaging revolution and want to save on SMS costs as the data charges are decreasing day by day.

Michael Jordaan, former CEO of First National Bank, has recently joined Mxit as its chairman. Taking his experience in finance into account, he could strategically shape the reach of Mxit’s internal currency, called Moola. It is currently available in South Africa, Namibia, Kenya, Lesotho, Indonesia and the United Kingdom for users to enter Mxit Chat Zones or buy games, music, skins and wallpapers on the platform using Mxit wallet. As of now, most IM app sells only stickers on their platform. The new chairman shared his ambition with HumanIPO saying, “Mxit can grow from facilitating 400 million messages a day to billions if the right strategy is executed.”

Presently, teens continue to flock out from Facebook to different IM services like SnapChat, and if Mxit keeps its focus on making the chat service an immersive experience, it might have a fighting chance to re-claim the throne that once was its own. There is no single winner-takes-it-all trend in the chatting space. For instance, in the search engine space, Yandex won Russia; and, Baidu, China. Along the same lines, for the instant messaging mind share, different geographies could have different kings..