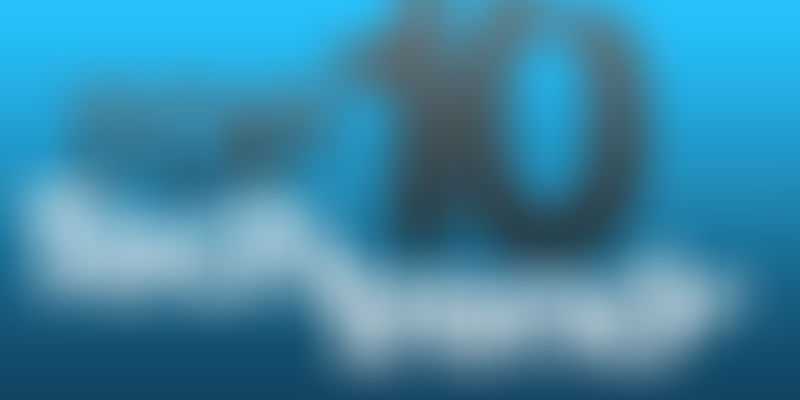 Mobile, Mobile, MobileWe don’t need a soothsayer to tell us mobile usage in India is going to explode. The costs of smartphones, especially Android-based ones, are going to decrease and by the end of this year we are going to see some amazing phones in the 5000 rupee range. I am not talking about the existing ones with a resistance screen display and slow processors but actually phones where one will be able to run several apps at once without being sluggish. Operators are also going to try to experiment with phone subsidy plans which are much more common in the US to reduce overall initial costs of purchasing a phone.

Many people are buying smartphones but are not turning on data, the stats that I have heard from my friends working at mobile operators range somewhere between 25-50%. This means that perhaps half the smartphones (ones with a full screen display and no buttons) in the market are not enabling data on their phones. Either they are getting by being on wifi hotspots or they don’t seem to have the “need” to be on data and just want to own a “cool” phone. Operators are putting out all types of tempting offers to entice users to “try” data, including offering free data connections to services such as Facebook, Twitter and Google. However, many consumers are just not trusting these “free” offers as they have been cheated by earlier VAS operator services either through mis-billing or being subscribed to services that would automatically debit their accounts without their knowledge or understanding. Over this next year, we are going to see the most aggressive data plans from operators to entice consumers to start using data.

With increased mobile usage next year, many entrepreneurs will start app companies. With the flood of apps in app markets already, it will become increasingly difficult to “standout” from the crowd. The biggest disappointment is going to be for those developers trying to monetize through creating paid apps. As consumers, we have become conditioned to not paying for an app even if we use it daily and it provides us utility that exceeds a modest cost of 50 rupees. This has led to irrational behaviour by many who will literally spend hours, trying to find an alternative, free apps that have the same functionality or create multiple accounts to take advantage of a free trial period. Many startups which rely only on paid apps are going to go out of business or turn completely to ad subsidized model.

What use is a mobile phone without data? Apparently today, plenty! Seems many just want to be seen with the latest and greatest technology like owning a fashionable purse. Even if they don’t make full use, they have to have the latest phone before their friends and will proudly show it off, even before it has arrived in India. I call this disease “techno-lust” and we all have that one friend who suffers from it. So what happens to their older devices? If you are lucky enough to have such a friend, you can get their “recycled” gadgets or they will be given to our parents or grandparents and kids furthering exposure to this ‘disease’.

With everybody “on and connected” all the time, we have all seen people so engrossed in their cell phones while sitting in the back of the car or even worse while driving. I have seen people walking down the streets like zombies glued to their phones or to my annoyance, when my friends are messaging on their phones while we are at dinner together. I have personally seen people completely lose their cool if they can’t find their phones or if they are unable to get a data connection. Not only are we going to witness a greater number of accidents from the recreational use of technology, but this internet addiction is going be become recognized as a true medical “tech-disorder”. There will be medical treatments and we will begin to see “internet / mobile free zones and times” and people taking “tech free” vacations where they proudly announce to the world that they are unplugging themselves.

Many attempts have been made in India to address payments over the last several years with no significant traction. In such a high tech world that we live in, the cheque book seems so antiquated and for the first time I am beginning to feel the pain and a need for a trusting, secure payment system. I have been in many situations this year, where either I owe a friend some money or they owe me money, and because of our hectic schedules we are unable to meet for months on end. We either end up postponing to repay each other or if the relationship is more formal, then we will end up doing a bank transfer. For some reason, I always find it strange to exchange banking details such as account numbers with anyone. In 2014, I believe we are going to finally see somebody introduce a payment system that will begin to gain traction. It’s hard for me to predict if it will be an existing company or a new incumbent either with local or international roots.

Owning the latest and greatest mobile phone is no longer enough to show that you are tech-forward and savvy these days. 2014 will see the rise of “wearable” devices which will help us manage, operate and extend our lives in a better way - smart watches, tech glasses, wristbands, smart sneakers, etc. These devices will alert, measure and track all sorts of things, such as how many calories you have

burned, alert you to a new text message or urgent email and even rate the quality of your sleep. Increased monitoring will hopefully lead to increased awareness and healthier lives in the future. One question that looms in my mind is how will one use and interpret all this collected personal data.

E-commerce will continue to grow but consolidation will continue and niche vertical businesses will emerge. In 2014, we will start to see more “high value” transactions. One lac purchase transactions will begin to become the norm especially from established and reputable sites. New companies will begin to pop-up and try to compete on price and we will see increased fraud from these companies. So buyers beware, sometimes there is such a thing as a deal too good to be true! Increased globalization has already begun and will continue as more and more foreign companies will ship to India to satisfy the growing appetite for luxury goods by Indian consumers. We will also see the trend the other way with many Indian e-commerce companies going international.

With greater number of connected devices per household, there will be a natural tendency to consume more and more media online at their own times rather than traditional family television times in the evening. For example, the television series, ‘Breaking Bad’ is already becoming a phenomena among many in India, yet the show is not even technically available here. Short form content videos will be shared by many just as SMS jokes were several years ago. We will also see advertisers try to flock to this medium to create viral ads.

In 2014, we will see a major Indian artist release a movie or an album completely online inspired by Beyonce’s recent album success. Messaging platforms such as Whatsapp, WeChat are already mainstream and will continue to gain traction and will completely disrupt SMS. Advertisers are going to struggle to reach the growing population that has completely unplugged themselves from traditional media of television, newspaper and radio.

As predicted last year, we will see an increased use of social media in politics and every major party will have a Chief Technology Officer to help cultivate, strategize on how to use technology to communicate with voters. Citizens will be empowered and will use social media to openly debate and discuss issues that traditional media won’t. Our next Prime Minister will be on all the major social networks, such as Twitter, Facebook and Google+. In the future, we will increasingly see public announcements coming straight from social media, completely democratizing public messaging to everyone at the same time.

Costs of starting a startup

The extensive financial costs to start a technology company continues to rapidly decrease. With cloud computing and open source solutions becoming as good, if not better, than paid software, it’s easy for a company to setup quick and dirty infrastructure such as email, website, CRM, project management, bug tracking, etc. Think about when was the last time you heard of a startup buying a server?

Today, attracting and hiring employees represent the largest pain point for startups as well as the greatest expense. In addition, the struggle to attract and retain quality talent continues and is getting tougher especially for those early in their venture. The new trend in 2014 of more established startups aggressively recruiting on campuses such as IITs and directly competing with the larger more established companies is not going to make it easier for those starting out.