Women should use their multi-tasking skill to the hilt: Shalini Kapoor, Chief Architect, IBM India 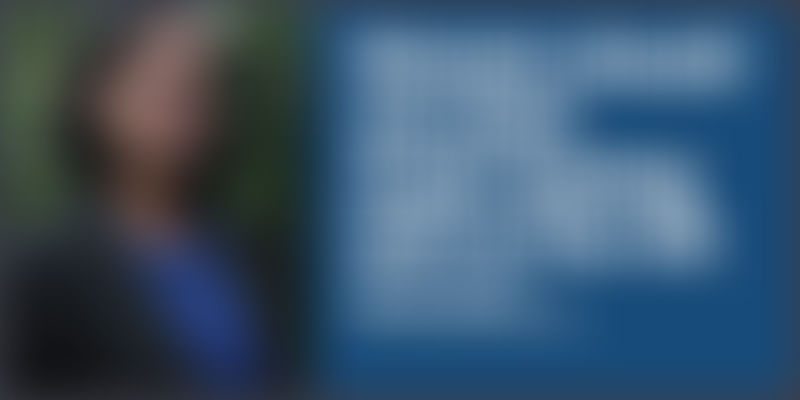 Shalini Kapoor has spent 17 years in the IT industry and has worked on several interesting projects spurring the growth of IBM in India. She is the Chief Architect at IBM’s India Software Labs and a Distinguished Lead Architect as certified by The Open Group. She’s also a member of the IBM Academy of Technology (AoT). She received the emerging Women Achiever’s award from the Confederation of Indian Industry (CII) in 2011 and the Zinnov Technical Role Model Award in 2012. She has written several papers for key IEEE conferences and holds seven patents.

With several accomplishments under her belt, Shalini talks to YourStory about her professional experiences at IBM, her educational and career paths, and what she’s witnessed when mentoring women.

Since childhood, Shalini was amazed by the wonders of science and was naturally led to study computer science engineering at the Institute of Engineering and Technology, Lucknow. This was the first step towards her career as a technologist. She further went on to get an MBA in information management from S.P. Jain Institute of Management and Research, Mumbai, which allowed her to develop her business acumen. Shalini also had a keen interest in architecture but has no regrets for not pursuing it. She has, after all, become an architect who now builds and designs technical solutions instead of buildings!

In the early days of her career, Shalini spent three years working at the HCL Corporation. She then moved to IBM, where she has spent the last 14 years of her professional journey. She consciously chose to pursue a career in India while most of her batchmates went abroad. “I believed that I could stay in India and make a mark here,” she recalls. While many batchmates have returned to India since, her long and successful career at IBM India just goes to show the importance of self confidence when making career decisions.

At IBM, Shalini started working as a pre-sales architect and had to design software solutions for customers. This allowed her to hone her customer-interaction skills as well as develop industry-specific knowledge. She worked with several banks in Mumbai as they were early adopters of IBM’s technologies and was responsible for technical delivery. This helped her grow early in her career as she was able to prove her capabilities quickly.

Soon after, Shalini and her husband moved to Chennai and then to Hyderabad. During this time, she became the mother of two wonderful boys. The moves and maternity breaks did not deter her from her career path. “I actually took the opportunity of maternity breaks to prepare for IBM certifications and became the first woman Senior Certified Architect in IBM India,” she adds with a smile. Living in different cities helped her understand the nuances of those markets and she was able to quickly spot business opportunities for IBM. She set up a new practice in IBM consisting of 25 architects.

After nearly 10 years of successful client interactions, Shalini was “bitten by the innovation bug. Someone moved my cheese and I moved into research.” She was given the advice to take risks and reap higher rewards, which she followed when she moved into IBM Research and led mobile-related initiatives. For around two years, Shalini worked in this space and launched the strategy for a new mobile testing product. She was also responsible for solutions for emerging markets in India and developed a smarter employability platform.

Role of a mentor

At present, she leads technical development and strategy of innovative solutions in the area of Internet of Things. She attributes her success to the fact that she is driven by the thrill of exploring uncharted territories. “I am a go-getter who visualises the future by intuition and foresight and I then dash towards it,” she states. This tenacious attitude is seen in her ability to grow professionally in spite of several geographical moves which meant she had to start new roles from scratch.

Shalini created Tech Acme at IBM, a program which mentors young women in their technical careers. She mentors women both formally and informally and persuades them to stay on the technical path by patenting, writing papers for international conferences, contributing to technical studies, and participating in standard bodies. She’s also part of the Women’s Leadership Council at IBM which is a great push to bring women to leadership roles. “Most women believe that they are lone soldiers in their work-life balance struggles and some choose to drop out due to sheer exhaustion. Women are in fact great multi-taskers and they should use this strength to the hilt. There is a great need for women to network with each other so that they can move up the corporate ladder,” she highlights.

She’s often asked by young women whether to pursue management or follow a technical route. Having spent nearly 10 years as a technical individual contributor, Shalini believes that there is a separate career path for technical women, which can lead up to roles that are the equivalent of a Director or a VP role.

Innovate: As technologists, if we want to create a mark, we should bring innovation to every job we perform. For example, I started working in the area of Internet of Things three years ago as I observed that proliferation of devices in our lives will throw up a big opportunity. I started multiple incubation projects and worked with global clients as well as standard bodies to create solutions and assets. There were several passionate people who joined me on stretch projects to create new solutions for our clients in this space and we were all driven by a common goal: innovate. This led to the creation of patenting opportunities, collaboration across multiple geographies and networking opportunities with SMEs across the globe.

Expand your horizon: I feel that each individual has an onus to give back to society. I am part of an NGO, Ankurit Foundation, which works on making science and technology fun and comprehensible for school kids. I strongly feel that the next generation is responsible for innovation in India and there is a need to improve the scientific temper of our kids.

Enjoy work-life balance: My husband has taught me time management principles and I use them to balance my life between kids and work. The best time of the day is when I sit with my kids and just listen to their activities of that day. I love doing creative school projects with them and teaching new concepts. My parents gave me ample time and love (there was no concept of quality versus quantity time) and I strive to replicate the same for my kids.