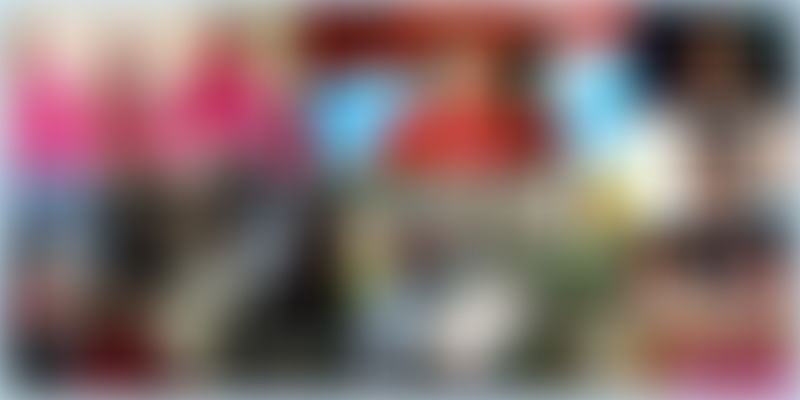 This women’s day we bring you ten unsung heroes who have been working hard, away from limelight in different sectors and helping people lead better lives.

1) Robin Chaurasiya – Robin Chaurasiya is an ex US air force officer who was ousted from USAF for being a lesbian, she started Kranti to give a better life to children of sex workers. Her efforts paid off when one of the girls who was staying with her went to US to study for her undergraduate studies.

2) Ela Bhatt – An activist and Gandhian, who founded the Self-Employed Women’s Association of India (SEWA) in 1972, helping women to earn a living through their own small business which can be home based as well. They do not obtain regular salaried employment with welfare benefits like workers in the organized sector.

4) Irom Chanu Sharmila – Also known as the “Iron Lady“, Irom has been on a hunger strike since November 2000 to repeal the AFSPA(Armed Forces Special Powers Act). She has not had food or water from past 14 years.

5) Saalumarada Thimmakka – Saalumarada Thimmakka planted over 280 banyan trees along a four kilometer stretch to provide shade. She does not have any children and has started to plant trees and treats them as her children. She has been awarded with National Citizen’s Award of India for her contribution to the environment.

6) Sampat Pal Devi – Founder of Gulabi gang, Sampat Pal Devi has been fighting to end domestic violence and corruption. The methods used by them are quite controversial but have been effective.

7) Ruchira Gupta – Ruchira gupta is a journalist and activist who is also the founder of Apne Aap Worldwide. She has worked to end sex trafficking for over 25 years. Apne Aap Women Worldwide is a NGO which addresses women’s rights and the eradication of human sex trafficking. They have worked with over 15,000 women and girls in India who are at the risk of prostitution.

8) Sindhutai Sapkal – Famously known as Mother of Orphans. She has nurtured over 1050 children, who were orphans. As of today, she has a grand family of 207 son-in-laws, 36 daughter-in-laws and over 1000 grandchildren. Many of the children whom she adopted are well-educated lawyers and doctors, and some, including her biological daughter, are running their own independent orphanages. She used all the award money to buy land to make a home for her orphan children.

9) Sunitha Krishnan – a social activist and chief functionary and co-founder of Prajwala, an institution which helps trafficked women and girls in finding shelter and also helps pay for the education of over 5000 children infected with HIV/AIDS in Hyderabad. Sunitha trains survivors in life skills such as carpentry, welding, printing, masonry and housekeeping.

10) Tessy Thomas – Famously known as Agniputri (Daughter born out of fire), She is the first woman scientist to head a missile project in India. Mrs Thomas is an example of a “woman making her mark in a traditionally male bastion and decisively breaking the glass ceiling” as quoted by Prime Minister Manmohan Singh. Tessy is the Project Director for Agni-IV missile in DRDO.