[Techie Tuesdays] Karthik Bhat - The coder who is changing lives 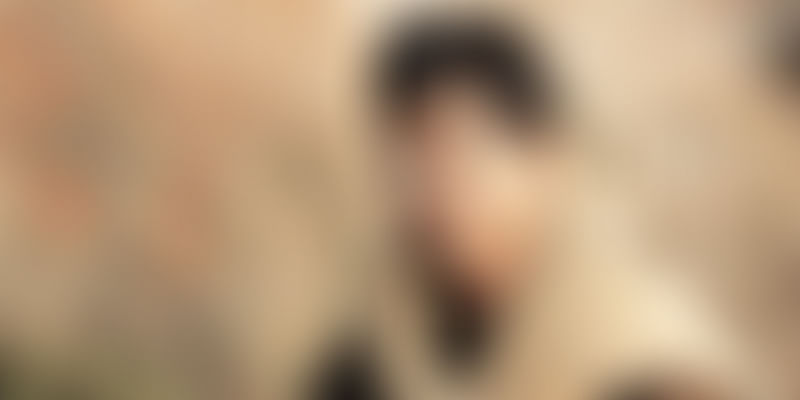 Being a techie is not only about code and computers, it encompasses a lot more. Today's Techie Tuesday Karthik Bhat breaks the stereotype of a quintessential techie. Karthik is a keyboard player and photographer, but above all he calls himself a traveler. If you feel like going on a weekend trip, ping him and you will have an exceptional guide and a co-adventurer who is more than willing to take you to offbeat places.

Karthik hails from Udupi, but studied in Bangalore. He says he was a very late bloomer, and the only thing he did with computers in childhood was play Dangerous Dave and Prince. As soon as he had access to a computer in his school, he started learning DOS and Basic. Karthik attributes his interest in computers to an incident involving a girl. "When I was in class VIII, we learnt MS Office. There was a cute girl in my class named Anisha, who made a great presentation about Space, which had amazing design and animation. To impress her, I decided to learn MS Power point and computers in general," he narrates blushing.

When I was in the 12th one of my friends got a computer, and we used to learn at his place. Ubuntu had just been launched. We ordered the CDs and after playing around multiple times and goofing up our Windows installation learned how to install Ubuntu. Soon I bought the book C for Dummies and started programming.

Post his college, Karthik joined Subex and started working on Java. But he soon got bored and fortunately it was at the same time that he got a call from a director at CISCO (where he interned for a while) offering him a position there. Karthik took up the offer.

At CISCO, Karthik had a very steep learning curve. During his early days, he was once asked to fix a bug. He had no clue how to go about it. He joined an IRC channel and learned how to do it and got on with the task which he accomplished successfully. In another instance, he devised a task manager using which people could commit a code five times faster than they could earlier, by automating most of the repetitive tasks.

Though Karthik is a cubicle dweller, he makes sure he goes out and gives back to the community from where he got his knowledge. Karthik is an active contributor to Open Source and contributed to the Localization of Media player in Gnome 3.8 apart from the regular bug fixes and making tutorials for Open Source.

Karthik is a senior member of Free Software Movement Karnataka (FSMK) and teaches underprivileged children in his spare time. On asking what motivates him to do so, Karthik talks of the digital divide. “Technology is meant for all but only the privileged can take advantage of it. FSMK bridges the digital divide between different classes of society. There are kids who are only in the 5th standard, who cannot speak a sentence in English but can write a ‘Hello world or Calculator’ program in Python. When these kids come to you and say, 'Anna, I have finished this program', the satisfaction this brings to you cannot be compared to any salary. When parents come to you and say that you've helped their kids, it makes your day,” says Karthik.

Narrating another incident, he recalls a kid who had joined FSMK. “His father was an auto driver and would come home drunk every night. After the kid joined FSMK, he got the courage to speak to his father about his addiction. Thankfully, his father understood his argument and gave up drinking. This was a great victory for us.”

Karthik is passionate about traveling and is helping out a startup Crazy Yatra as their lead trekker, where he goes out and explores new travel destinations. Looking at the future, Karthik says he wants to startup either in travel or the education space.

While parting, Karthik shared his lessons with us.

1) Don't be a software engineer just because your parents want you to be one. Do what your heart says.

2) Sharing is caring, always give back to the society; contribute to online projects to appreciate the effort of people who are working to make the world a better place.

3) Try to expand your horizons, don't stick to one field.