How my father helped me grow my startup 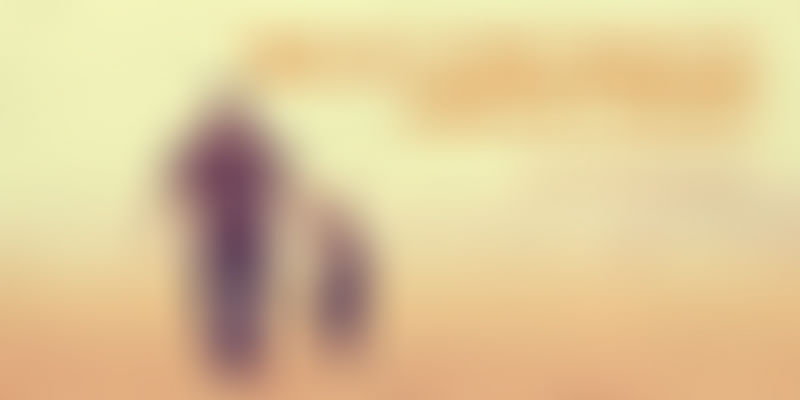 People start up for numerous reasons. It’s often difficult to dissect the exact motivation behind pushing oneself into years of great hardship & toil. As for me, I cannot pin point that single motivation which got me to startup.

I got bitten by this keeda during the second year of my bachelor degree in engineering. I would think of cool new ideas during lectures, had friends who were equally pumped up about starting up, read up everything I could online and basically consumed myself in the startup world.

This got us to churn out cool sounding ideas (scalability was a term that was yet to catch our fancy). We ended up participating in business plan competitions. In one such competition, we won some cash and instead of using that money to pilot the idea, the four of us (me and three others on the team) simply split the cash and took a trip to Pondicherry. Yes, we were quite careless and lazy to work on executing that idea. I still believe that it had a huge scope. We could not push ourselves hard enough and I regret that.

One year later, I started Printbooth.in with two friends. We got the idea for printbooth when I read about a US-based startup by the name of SocialPrintStudio which was into social printing. Using that you can create large poster size collage with all your Facebook friends’ profile pictures and can order a printed copy as well. We replicated the same idea in India and before we could launch, we sold the application to a Delhi-based company.

This was the first instance when my dad supported me in my entrepreneurial calling. He put in the seed money for an idea of a dreamy college sophomore who had little idea on running a business & making a profit.

Thankfully, I ended up with a 3x return on that business (figures were very small for such a statement, nonetheless we ended positive) and made my dad happy. On passing out of college, I chose a startup job over a job I was offered in a well established semiconductor company in Chennai.

Again, my dad supported me with a warm heart and allowed me to choose an unstable job so that I could learn things faster.

I worked with this startup for two years before giving in to my inner calling to start KuberBox. When I was thinking about starting up, I had discussed the idea with my dad and he took a neutral stand. I neither got a clear YES or a NO from him. But I took his stand as an approval and packed my bags. Six months into the startup when I visited home, I got to know that my dad had cultivated the feeling that I took this big step without his consent. Still, he whole heartedly supported all my endeavors and guided me throughout.

I had virtually no savings from my job for my startup. Again at this stage, my father came to my rescue. The money which was meant to be used in growing my dad’s business, he used that to kickstart KuberBox. It was in the same year that my sister was to get married, so you can imagine the amount of financial pressure on him. Every penny of investment made into this startup has been from my dad. KuberBox wouldn't exist if it was not for him.

Thus my share of 50% investment into the business was contributed by my dad and the rest 50% was done by my partner in the business. Soon when my partner and I parted ways, I had to return him his share of investment and it was again my dad who paid up the sum.

It’s not just his financial commitment to KuberBox, but he is my guide, my mentor and my teacher for life. Every now and then he will call and pose a couple of important business questions that help me introspect and correct myself. He keeps telling me to forget about the outcome and put my efforts honestly. He tries his best to make me understand that building a stable business requires at least 3-5 years of toil. His advice to me is to just keep working on it and hang in there long enough. Eventually, success will meet you.

I often read about people talking about how they didn't get enough support from their family and that is when I feel blessed that I have a family where each and every member has supported me and encouraged me to startup and follow my dreams. And, all through, the anchor has been my dad. He has provided me with a strong safety net and deep emotional support which makes the job much easier.

A belated Happy Father’s Day, papa. If only there could be more dads like you, this country could witness many more successful entrepreneurs.

About the author: Sourav Lodha is trying to build India’s best diamond jewellery shopping website at KuberBox.com. You can find him on twitter @LodhaSourav. Before founding KuberBox, Sourav had founded and sold off his first startup PrintBooth while still at college.

Confessions of an entrepreneur: What I learnt from failures

6 business (customer service) lessons I learnt from people in Mauritius