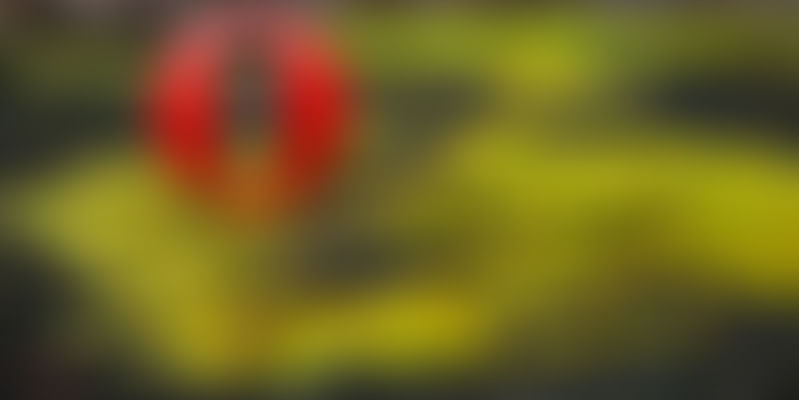 Opera Software is well known for its Opera browser. However, there is a lot more to the company than the eponymous browser that most people are not aware of. Opera is a Norwegian software company headquartered in Oslo, Norway, and is publicly listed in the Oslo Stock Exchange. Opera’s stated vision is “to deliver the best Internet experience on any device”. Founded in 1995, Opera Software had approximately $290 million in revenue from various products and solutions. We caught up with Sunil Kamath, VP for South Asia at Opera Software to know more about Opera’s plans for India and what it means for app developers here. The company, which globally has 1100 employees and about 100 in the Media Works team, which is the mobile advertising platform.

The company was set up to continue a research project at telecom major Telenor in Sweden. The company released its first product, the Opera browser v2.1 for Windows in 1997 which was a trial-based browser whose license had to be purchased after the trial ended. But from 2000 onwards, instead of the trial period, the company started displaying ads, making it an ad supported browser.

Opera works on an interesting commercial model with the mobile networks. More than 100 telcos worldwide pay Opera for a commercial partnership in an era where most tie ups with telcos are non-commercial given the clout that they have. There are currently over 250 million users of the Opera Mini browser across the world. Among any mobile network’s data users, 25-30% use Opera Mini browser. The Opera browser is known to consume very less data providing savings of 80-90% in many cases, making it a very appealing proposition to the end users given the expensive 3G data plans. So ultimately, if less of the data plans are being used, why are the Telcos partnering with Opera? “Since Opera is cloud-based browser that optimizes content without ruining the visual experience, our users love us. While there is initial resistance from telcos, over time they see an average of 30-35% increase in ARPU as users use more and more data in their daily lives”, says Mr Kamath.

Just a few days ago, Opera signed a deal to take over the browser building unit of Microsoft’s Nokia mobile phone division. This effectively means that Opera Mini will become the default browser for Microsoft’s lower-end feature phones and the Asha product lines. Opera has also partnered with 16 OEMs across South Asia, wherein these OEMs will preinstall Opera Mini as an exclusive, third-party mobile browser across their upcoming Android devices. Opera has partnered with Micromax, Videocon, Spice, MoMagic Technologies, Wynncom, Lemon Mobiles and iBall, Symphony Mobile, Colors Mobile, Celkon, Karbonn, Lava, Intex, Fly, Zen and HCL ME tablets, which means that Opera Mini is the default third party browser installed on these handsets.

Opera Web Pass is an attempt to make the Internet accessible to more people, more easily. It is an innovative way to sell data, which was launched with Airtel, Vodafone and Idea in India about four months ago. “Users should not have to remember which string to send to and which number to send to, in order to activate Internet”. Thus was born the idea of the Web Pass. Since the Opera Mini is a proxy-based browser, why not create a data plan that is accessible only on that browser? As soon as the Opera Mini is opened on the device, the browser opens a catalogue of plans with the pricing decided by the telecom operator. So in essence, the data plans are sold via the browser, which is very unique. The telcos can provide data access based on time- or content-based data plans to their entire user base very easily.

A variation of this is the “sponsored web pass” where a consumer can get free data access which is paid for by the advertiser. For example, Quikr chose to partner with Idea through this mode where the Quikr advertisement would be shown first before the user is able to navigate to a different site of choice. All of Opera’s ads are served using the technology coming from the Ad Marvel acquisition four years ago.

Most telcos build their app stores based on data usage rather than app revenue. That is one of the major reasons for these app stores to flounder and die over a period of time. If the platform is not appealing for the app developers, then they would not be interested in listing there.

Opera’s mobile store can be accessed through any browser on any platform and currently has about 105 million monthly users. The apps displayed to a user will depend on the mobile operating system of the user. The back-end is based on the acquisition of Handster, a Ukrainian company based in the US. Even here, Opera has come up with an innovative business model to provide access to apps to the end users – users will be able to download a particular number of apps for a set number of days for a specified amount. This is in stark contrast to charging by MB or by the number of apps. Telcos saw an increase in revenue of nearly five times from the app store. “There is hunger for data and for apps among the end users – we just need to find the right model to satiate it”, feels Mr Kamath.

Currently the store lists about 200,000 mobile apps and games across Android, iOS, Blackberry and Symbian OS. The top three countries in terms of numbers for the Opera Mobile Store users are India, US and Indonesia. The platform operates on the standard 70-30% revenue share model. Also, app developers can pay to get their apps featured in the ‘popular’ list, to enable better discovery. The beauty of the app store is that the app developers do not need to customize or rewrite their app unlike on a new OS. It is simply an additional storefront that provides more opportunities for the app to be used by the target customers.

So what is next for the company in India? The plan is to tie up with many more telcos and evangelize the innovative data plans through them to gain a larger user base and make data accessible to many more Indians.