Is doing business in Latin America as easy as biting into a burrito? 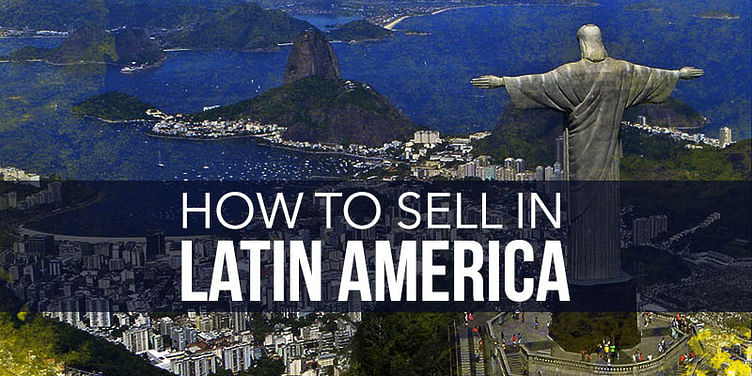 The first thoughts about Latin America bring to mind football and food – all attractive propositions. But selling in Latin America is a different ball game altogether.

Latin America is one of the last regions a tech company ventures to sell its products or services. This is largely true because of its extensive land, social and political diversity. Each country in LATAM has its own rules and basic issues of business language (Portuguese in Brazil to Spanish in the rest of Latin America).

Structural issues like mandatory registration with a local entity with a tax number (CNPJ) and local address, to lengthy documentation, high social security charges on labour, make it difficult to do business here. No wonder every country in South America is ranked more than 100 on the ‘ease of doing business’ index (btw India is no better with a rank of 142).

Taxes are high and complex. For example, Brazilian companies spend an average of 2,600 man hours preparing taxes every year abiding by the 16 common taxes in Brazil. Similarly in Argentina, any foreign entity without a permanent establishment is subject to what is called a ‘withholding tax’ which is upwards of 30%. This is true for all other countries too.

Despite this, any tech Internet company cannot ignore this area as LATAM has 299 million internet users to reach 394 M by 2017. (Remember Orkut? Brazil was the only country that had more users than Indian during its peak). For Indian IT majors like Wipro and Infosys, the initial advantage the region presented was proximity to the markets of North America. (Near-sourcing vs. politically sensitive 'out sourcing'' right?)

Brazil is the world's seventh largest economy which hosted the FIFA World Cup in 2014 and will host Olympics in 2016. No wonder all tech behemoths Google, Facebook, Twitter, and Netflix have set shop there. However, for venturing your tech products the main markets that matter are Brazil, Argentina and Mexico.

Brazil, with its commercial city São Paulo, is like any other global city of Mumbai, Shanghai or Moscow. The most populous city in Americas, hosting some of the tallest skyscrapers, Brazil is a melting cauldron home to the largest Italian, Arab, and Japanese Diaspora .  Also called Sampa or ‘Land of Drizzle’, it is easy to do business meetings here notwithstanding the massive traffic jams. Business folks  are professional, speak fluent English (not true for general public though). Like Indian family and tradition play an important role even in business transactions, here too friendship and personal relationship are key to succeed. They have a positive view about India and its culture but any reach out for business over LinkedIn for business opportunities avail scanty response.

The best way to penetrate the market is to work with a ‘Local Reseller’ -- tie-ups with a local company which will get the business contacts and build relationships. This will not only help you to penetrate faster but also help you avoid heavily taxed repatriation of money back home (withholding tax is north of 30%). Also you avoid the labyrinth of bureaucracy one faces if one tries to register a company locally. A model of negative working capital (revenues coming globally while costs incurred locally) is the best operating model if possible.

Argentines are more relaxed and easygoing vis-à-vis their Brazilians counterparts. They greet you very warmly and like to welcome you into their homes for weekend 'asados' (barbecues Argentinian style). The local food has big Italian influence so it is easy to spot vegetarian food though have much less spices than Indian versions. They have lot of curiosity about Indian culture, festivals, and are keen to learn our classical music and dance.

They are keen to do business but language (people speak Spanish here) and distance act as barriers, and top it up with complex local regulations. Hence you see very few Indian companies beyond the IT majors, pharmaceuticals and conglomerate like Godrej, Tata and Birla there. The best option is to get a local partner with complimentary skills.

Mexico is the last big country one can look to expand when contemplating Latin America. Despite its geographical and cultural proximity with the US (17% of US population are Hispanics making it the largest ethnic minority), Mexico is more close to other Asian / Latin business cultures. For example, personal relationships take precedence, being late / last minute cancelation is not un-heard of and they find it to say no upfront unlike Americans. Business meetings happen with formal attire with decisions especially important ones bubbling to the highest level.  Trust is more important than business rationale. Safety is also a concern as crime rate is high in Mexico City. Don't forget to enjoy authentic Mexican food comprising of burrito, enchilada, quesadilla that comes closest to Indian spicy food in your escapades in the region.

In conclusion, Latin America is a growing market which you can address once you have captured the closer markets of Asia and Africa. However, due to its structural challenges of high taxation, language and cultural barriers, the easiest way to win quickly is to get a local partner with global aspirations. Gracias!

(Disclosure: I have directly not sold in LATAM but have work colleagues who have done and this is a synthesis of their experiences)